You might think that faced with the same, static, subject you would compose a shot the same way any time you approached it with the same lens. However that didn't seem to be the case today when I 'repeated' the first shot below. 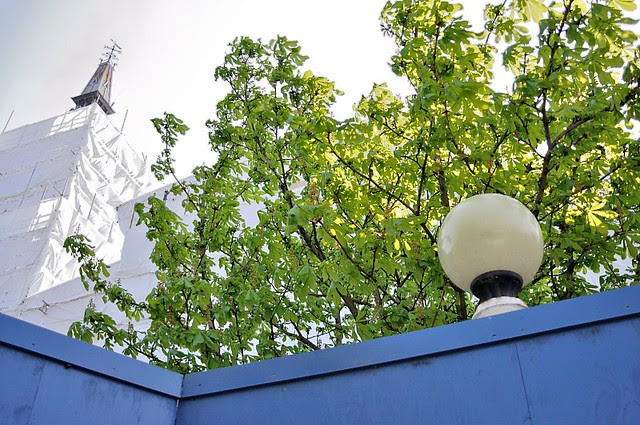 Second time around I seemed to have concentrated more on the 'wrapping' of the town hall than on the light's globe. And made a mess of the composition in the process. 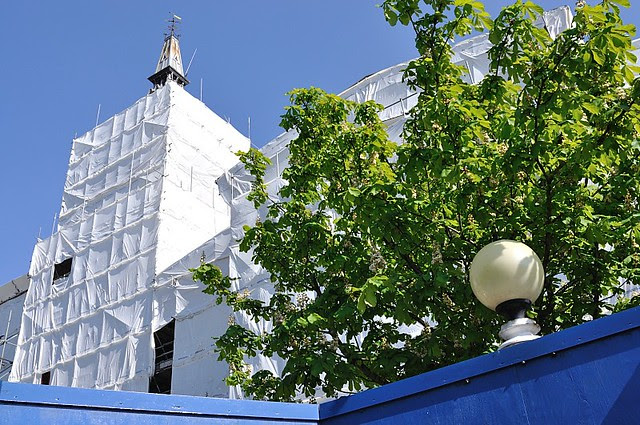 Perhaps most peculiar is that I chose to rephotograph the scene. Then again such repetition never bothered Monet or Cézanne.

Reading and looking - and not looking

I've mentioned before that I find 'hobbyist' photography magazines to be too concerned with selling you gear and showing you how to take photos that look like thousands of others. I'd much rather read how photographers work to get inspired. In the distant past I have bought the BJP but found it too much aimed at the commercial side of photography (fashion, advertising et al) although the website is worth checking out. So it was quite a surprise for me to find the April 2011 issue of Professional Photographer to be an excellent read. Far from one dimensional, I read everything in it and enjoyed it all. I'll be looking at it again next month.

Still seeking reading and looking material I ordered a couple of books from Amazon. The first to arrive was The Making of Great Photographs by Eamonn McCabe, who writes well on photography. Although I've not read it from cover to cover yet I do think it is an excellent book. The brief story behind each photograph is accompanied by a short biography of the photographer and  a third box gives you hints how you can achieve a similar result.

This last box I can live without, but it probably makes the book appeal to a wider readership. I like to take my inspiration in a more nebulous fashion, so it is quotes from photographers and explanations of working methodology that interest me most - even if I have no inclination to copy them. I've also learned a few things I wasn't aware of, including a little about one of my favorite photographers, André Kertész.

On the subject of great photographs and great photographers I've been musing for some time about the reputations of certain photographers, and wondering if they have been built purely on the subjects they have had access to. Primarily I'm thinking of those who have photographed celebrity icons. I get the feeling that Eve Arnold is known because of her photos of Marilyn Monroe.  I found here Eve Arnold's People  book disappointing, with a handful of exceptions, when the work moves away from Monroe. And looking through the new Linda McCartney book on-line I got a similar feeling that it is the subjects that are interesting rather than the photographs. The images being compelling because of who the subjects are rather than for any photographic reasons.

Recently I have been doing a lot of 'shooting from the hip' (something I did many years ago)  while walking around local towns. Basically this is pointing a camera at something and firing the shutter without using the viewfinder. You get a lot of misses, but when you do get something in the frame (and in focus) bits get cropped that you would normally have carefully included, angles get used that you wouldn't normally choose, and because you don't raise the camera to eye level the viewpoint is lower than normal. I like the way all this adds a tension to the images - when it comes off - among other influences it can have on the shots. 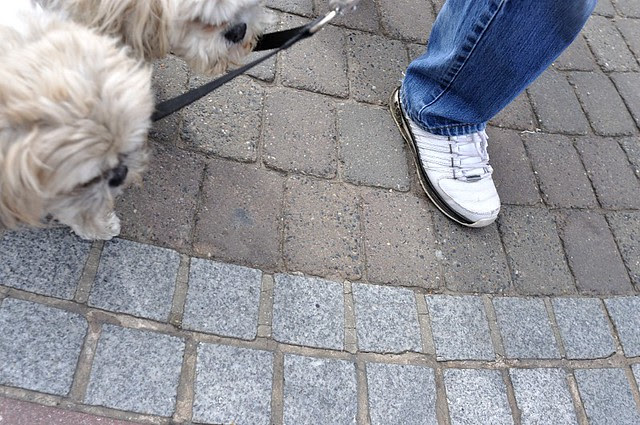 Some people have far more spare cash than I have to buy camera equipment. Still, I don't have to spend even more to hide the white paint on my lenses... And while I'm bitching, how about this for poor long lens technique? LOL (which is now an acceptable English word so I can use it without guilt!). 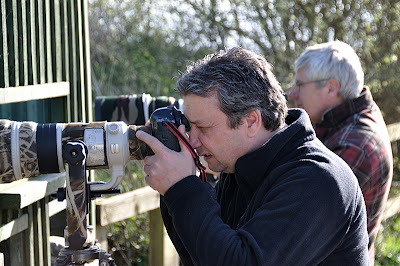 What gets me is that there are two low level viewing slots in that screen (for wheelchair users) which I find better for making good pictures, not great, but better. I've never seen anyone else using them to get a lower viewpoint. But because one of the blokes had his tripod and camera bag blocking them yesterday I was stuck with a high level slot. Anyway. This is what they were looking at. 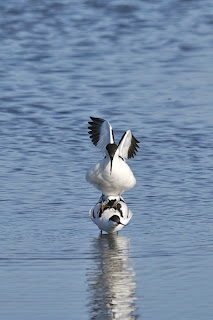 So, being annoyed with the tripod brigade and being restricted by the viewing screen I went for a wander and stalked a lone avocet on the marsh proper, which I left alone without getting close enough for a shot when I saw it had a limp. Then I managed to get surprisingly close to a crowing crow. 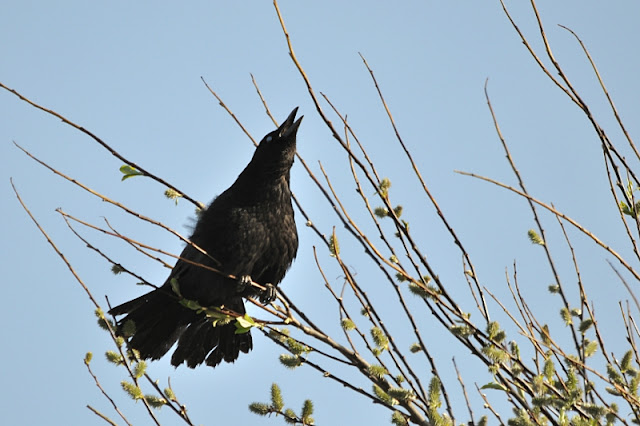 I was hampered by the angle of the light, and the branches obscuring the bird just like I was with a male reed bunting that I got equally close too.

But my favourite picture of the day was one I'd taken earlier of some diagonals and verticals. 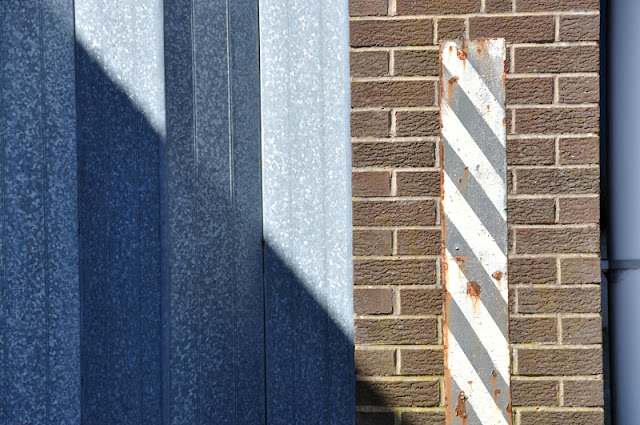 Quote of the day

AGD: So what would your advice be to somebody who wanted to start in photography?

DB: You can’t do it unless you can do it. I knew how to take pictures before I knew what a camera was.

AGD: All the stuff about getting the aperture right and the exposure –

I've had some pretty reasonable results from my camera at ISO 2000, considering it's not meant be a high ISO machine. Then again I've had rough looking grainy noise at lower ISO values like 500 or 720.

Here are two 100% sections of out of focus sky from shots taken (with the same lens) yesterday.