In the bleak midwinter

I've never been one for making plans, so no New Year resolutions for me! It's a case of carry on doing what I do and hoping something interesting shows up. not that much did during December. Dog trials were either non existent or the weather was rubbish. This coming weekend is looking equally grim in that department. It's been a case of local wanders in search of something to photograph in order to keep my eye in. 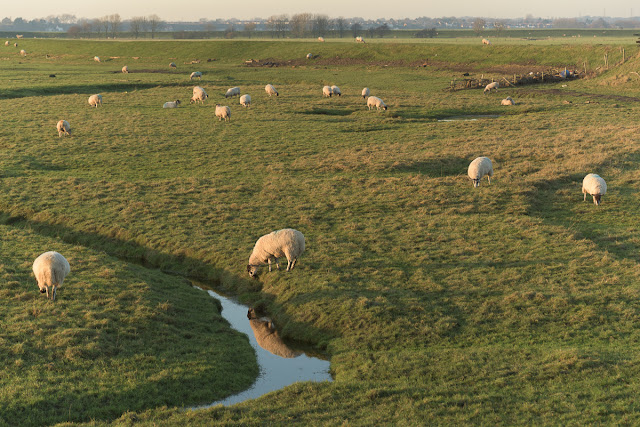 That's pretty much what I'm doing when I go for a wander. Try to make sense of what I see within the frame. If what I come home with can add to any project it's a bonus. maybe one day there will be enough to choose from to make a collection of local pictures that stands up on its own merits? 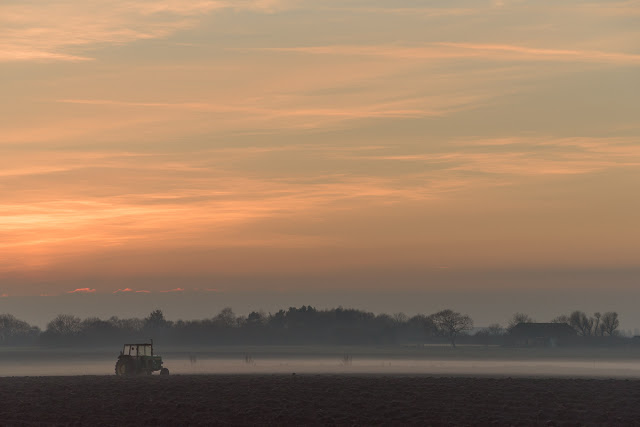 As usual my 'landscapes' always contain some element of human intervention. A rare misty morning dragged me out to the moss. While I was out there the mist was just a bit too much and wasn't for burning off. As soon as I got close to home, however... I don't know if I'm just unlucky with atmospheric conditions or I don't have the patience to wait for them to change! 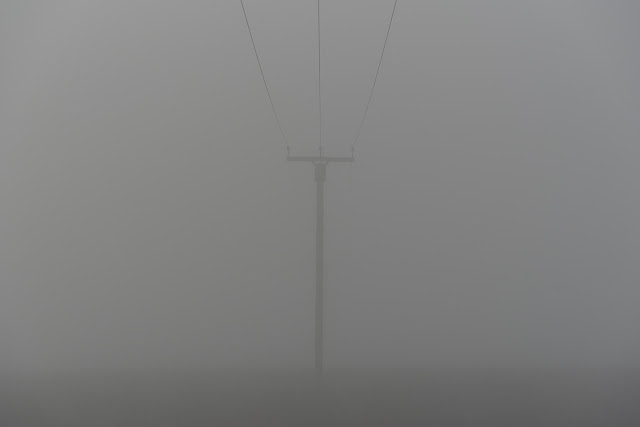 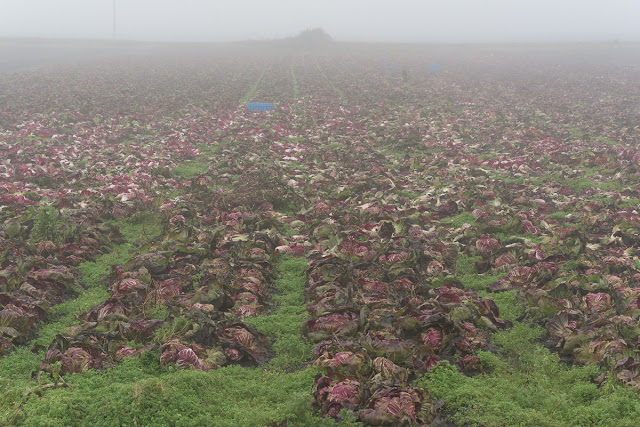 There have been a few sunny afternoons to tempt me out but they rarely seem to provide me with much. When I wait for them to turn into glorious sunsets they usually do the opposite and clouds form on the horizon and it all goes to pot. 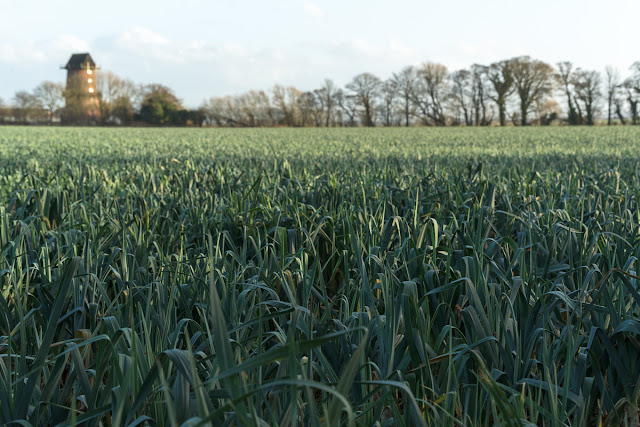 One sunny afternoon I was driving around looking for inspiration and failing to find it when I did what I often do when that happens. Go somewhere I have been lots of times before. In this case I wanted somewhere out of the wind and went to have a look at the sheep barn. It's in an even worse state now than my last visit. 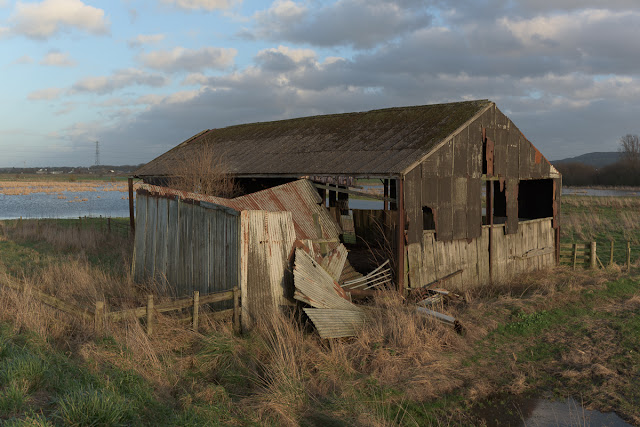 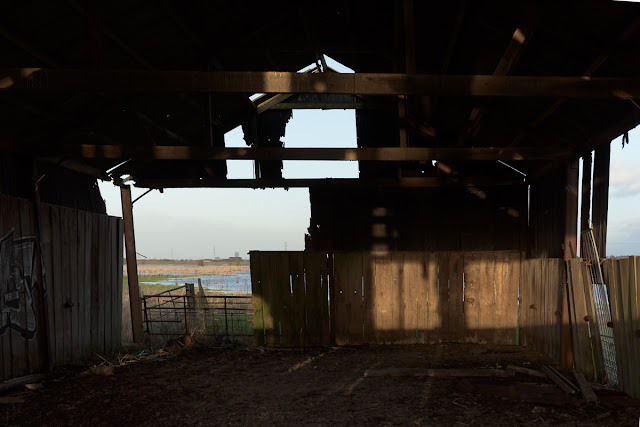 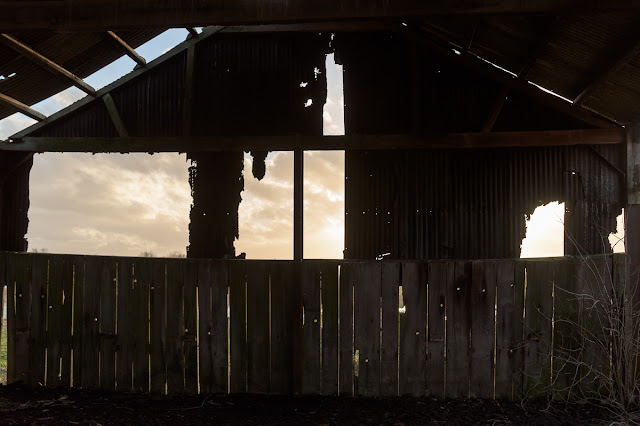 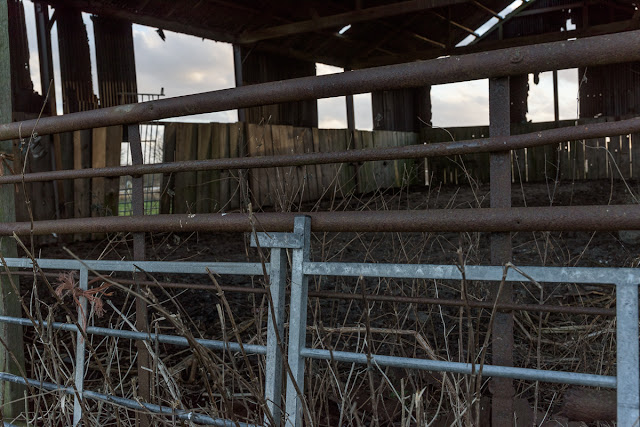 Being a bit featureless it's a difficult structure to photograph, and the dark to light contrast of inside and out makes exposures tricky. It's a challenge, which is possibly why I keep going back. 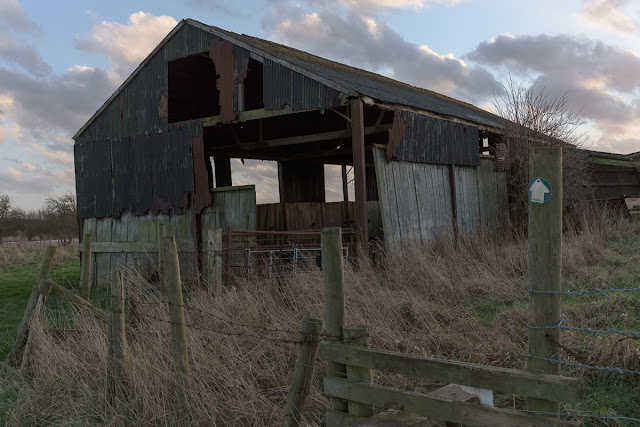 Something made me think about why few hobbyist/amateur photographers do documentary type of work. It's not something that gets seen much on a photography forum I belong to. Most people take single images which fit one of the popular genres - wildlife, macro, landscape etc.

As I've always thought that wherever you live can be documented photographically it would be the obvious thing for people who take photos in their spare time to do. No need to travel hundreds of miles in the hope of the right weather conditions for a location, for example. Either pick your days, or hours, and pop out. Although given my track record of doing that maybe I'm being optimistic? That said, as with fishing, if you 'pop out' often enough you'll get lucky once in a while.

Then it dawned on me. The reason more people don't adopt a documentary approach is that it does actually take a lot of time. Not everyone can drop everything, any day of the week, and go take photographs for a few hours. I expect people with more ordered lives than mine find it easier to plan ahead to set a day aside for their photography. Even so that could still work for documenting the place you live. But all to often I see people say that where they live is boring to photograph, and familiarity breeds contempt. Maybe I just have a different way of looking at the world? I do think anything can become a subject for a photograph. It only needs putting into a context.

There also has to be a deal of commitment to carry on in the face of failure, a high degree of perseverance, to engage in documentary. Not qualities I'd ever associated myself with until someone on the forum said they admired my perseverance. I've always thought of it more as being a lack of fresh ideas. I stick with something because I can't come up with a better alternative, so my projects carry on! 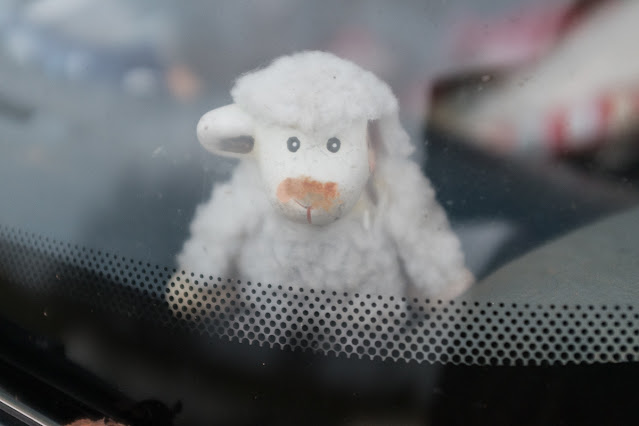