Although I didn't achieve much photographically at the poultry show today I did learn the best way to scrape a pig's carcass of hair! As well as the judging pictures of poultry prettification are also scarce in my files. I got there rather later than planned, but still in time to get a couple of pictures. More are still required, although how to convey what's going on with the baby oil and mysterious white powder is the big problem. 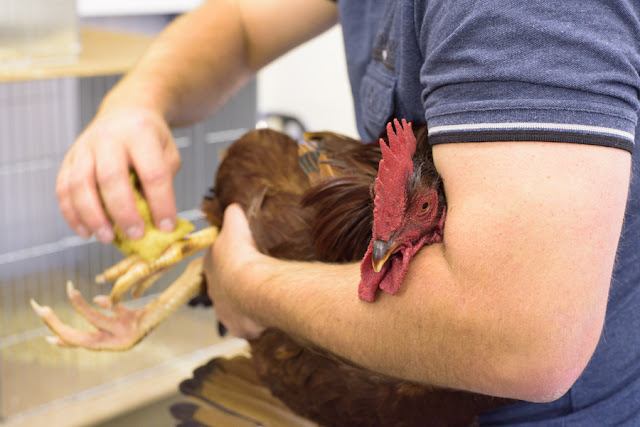 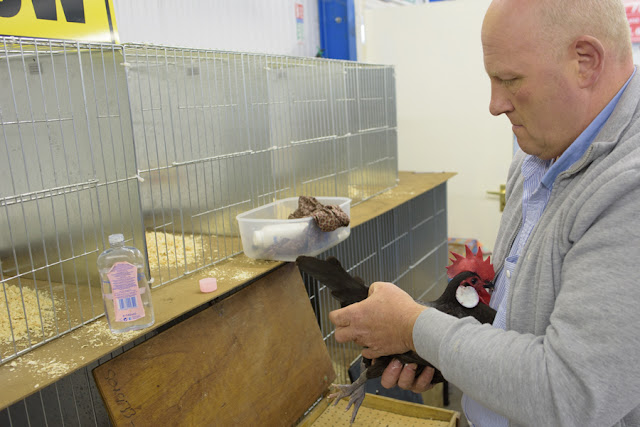 One reason for going to the show today was to drop off a couple of prints I'd promised someone. When I arrived I hadn't expected to see the chap I'd photographed sitting on a specially reserved chair at the Lunesdale show, so I popped home and made a couple of prints of the photos I'd taken and fetched them back for him. It's always nice to give something back, and people do seem to appreciate physical prints in this age of electronic media.

I spent a quite a bit of time in the village hall during the judging, eating a sausage barm and drinking tea while listening to talk of things other than pig killing. The state of country shows was one subject discussed, and I'd agree that there is more stress on entertainment and selling things than on livestock these days. I guess that's the way to make the shows pay, by attracting non-farming folk. Then, as the results began to filter through, it was 'eyes down and look in' as notes were taken. 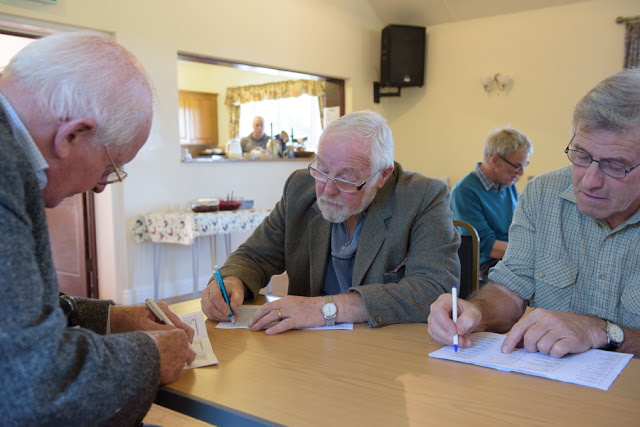 When all the judging was completed it was back to the show to see which birds had won and the post mortems begun! Much consternation among the Orloff fraternity as an unknown owner had got first. Who could it be?

As the regular photographer is recently bereaved he wasn't present and I got asked to photograph some of the winners and the presentation of trophies. Not something I'm skilled at. And equally unskilled at using flash, which I had with me and thought might help. In some ways it did. Mostly in eliminating camera shake and twitchy bird movements. My efforts were not what I'd describe as a threat to the legions of poultry photographers! Pedestrian at best, I would say.

What I did get out of it was a better understanding of how to get people to pose. The chickens take instruction less well. I also understand that I need to pay more attention to backgrounds and not to rush. The whole artificial light thing still befuddles me. I still prefer the results I get from doing nothing fancy than when I try to do it 'properly'. Even so, I got one picture I'm almost satisfied with. 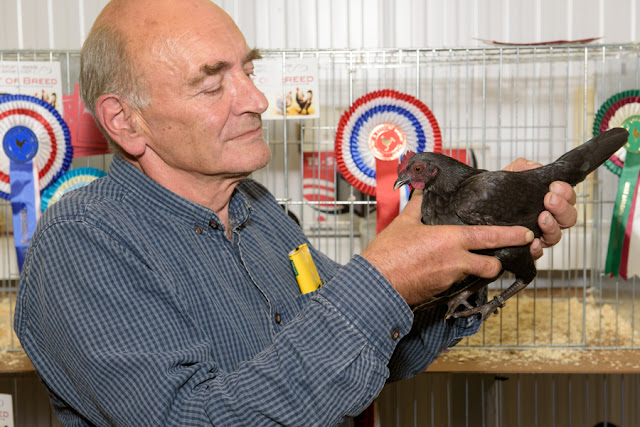 Using flash does have some advantages in the dimly lit shed. I didn't have to worry about the shutter speed and the white balance problems it causes from the fluorescent tubes, nor was getting sufficient depth of field and issue. However, it does make the pictures look more 'journalistic'. Swings/roundabouts. Not much achieved today, but lessons learned for the future, perhaps.

Three o'clock and it was time for the raffle and presentations. The raffle is treated with almost as much seriousness as the announcing of the winners! 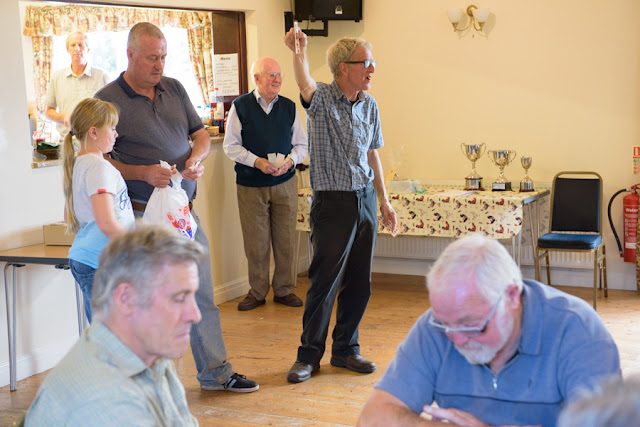 Finally it's time to gather the birds and the day is over. 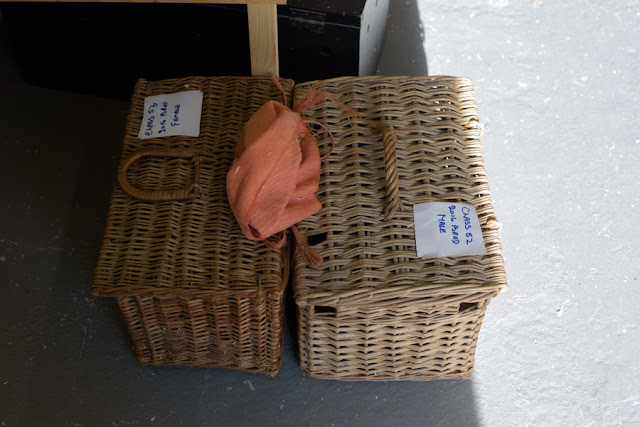 Once more the sandplant surprises me. A flying visit, as seems to always be the case, revealed another stage in it's metamorphosis. How this is going to end is anyone's guess. Piles of graded stone looking like land art. I ought to make a return visit with a tripod and get some more detailed pictures. But I probably won't as I have fish to try to catch! 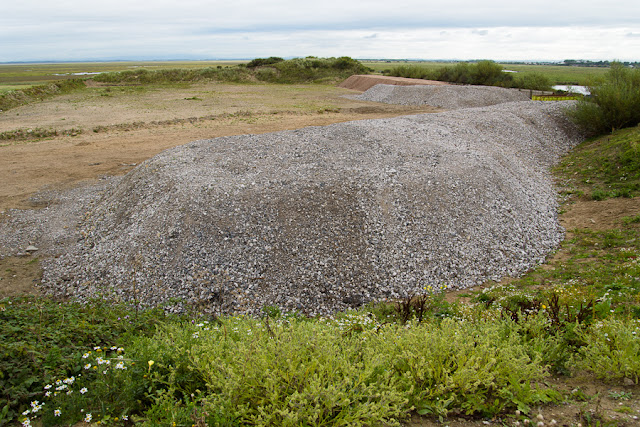 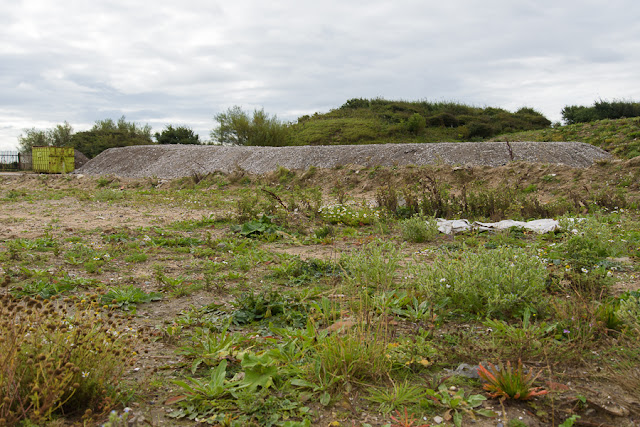 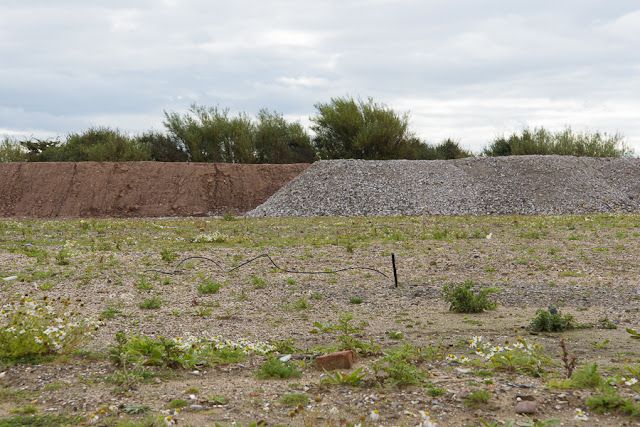 This is about as close as I ever get to landscape photography. I can understand people wanting to make pretty pictures at the golden hour, but they all seem to lack any purpose. If nothing else these pictures of teh sandplant will serve as a record of how it's changed. It's only with age and looking back at photographs I took a long time ago that I've come to appreciate the value that simple record pictures have, and to feel that it could be the best reason for taking any photograph. 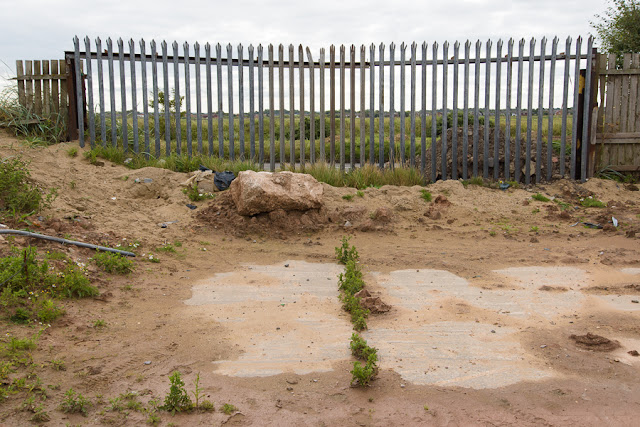