Autumn brings short days which limit the chances to get out and about in daylight. Especially for late risers such as myself. With lots of work to catch up on free time to go take photographs is limited. Besides, my interest in wandering round looking for random pictures is waning. That said a free couple of hours on a sunny evening can tempt me out and occasionally produce a picture that  is nice in itself but doesn't really have a purpose. 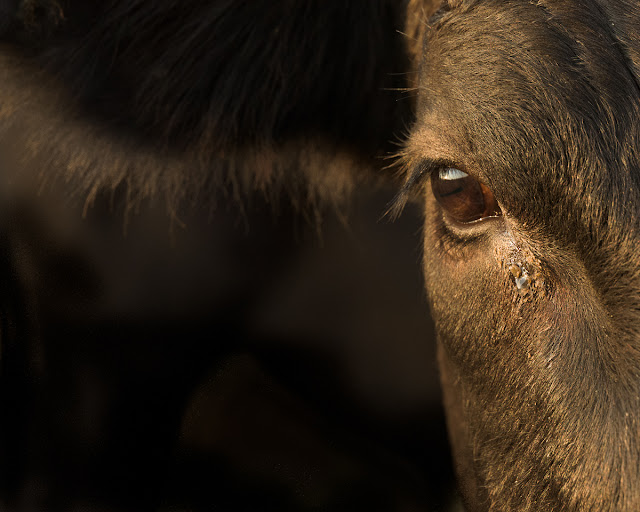 A fortnight ago was this year's last big show of the season. In normal years there would be two more to follow it, but these are not normal times. I made sure to arrive in good time in order to avoid queuing to park and the lengthy walk from the parking area. That much worked out fine. Even by nine it was baking hot. The show catalogue revealed that the sheep judging was being split into morning and afternoon sessions for lowland and hill breeds respectively. It was going to be a long, hot, day waiting for the Lonk judging. 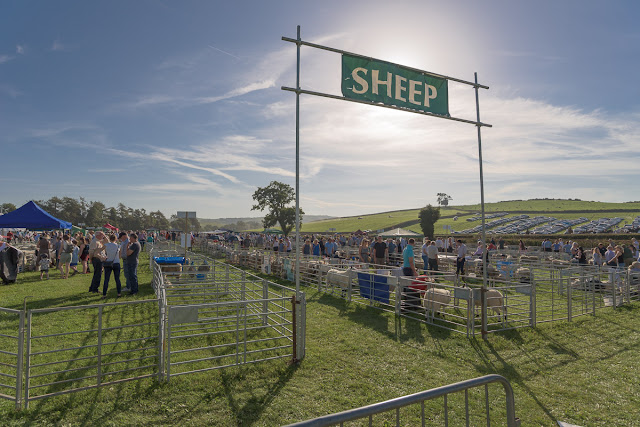 I looked for some pre-show action but had missed most of that. Took some random snaps of breeds I don't usually spend much time with and tried to find quirky stuff while I waited for the main event. 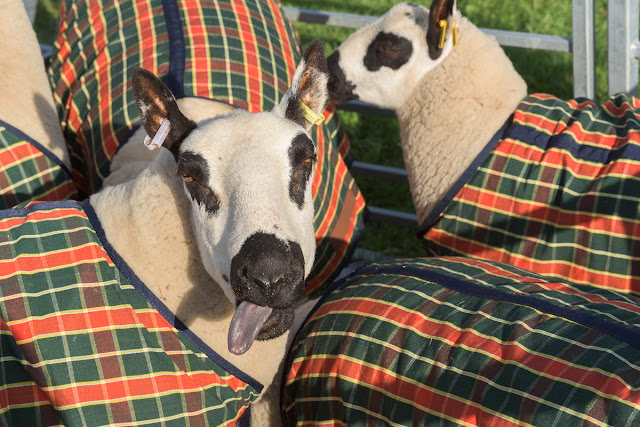 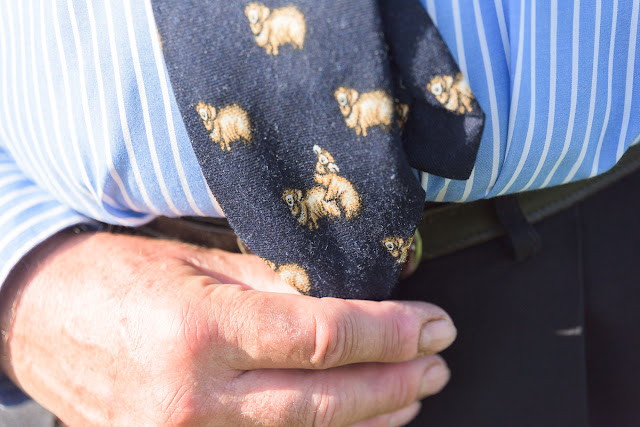 In the any other breed class were a few pens of Whitefaced Woodlands which gave me some action to photograph during the morning. They are probably the breed which interests me most after the Lonk with them being another of the more neglected Pennine breeds in terms of photographic fans. It seems they are partial to carrots. 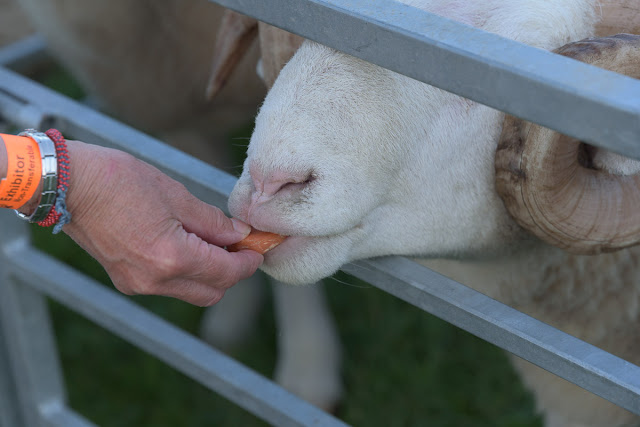 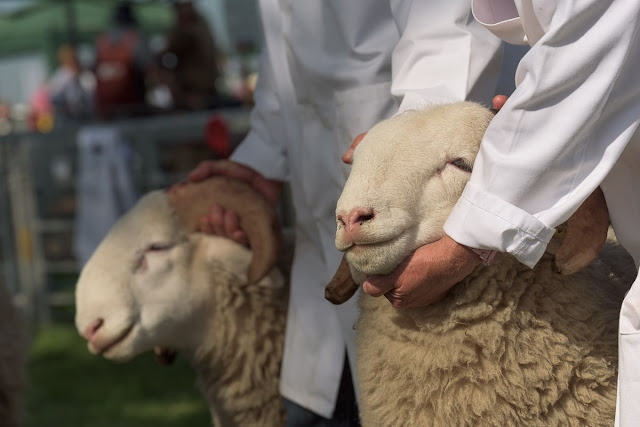 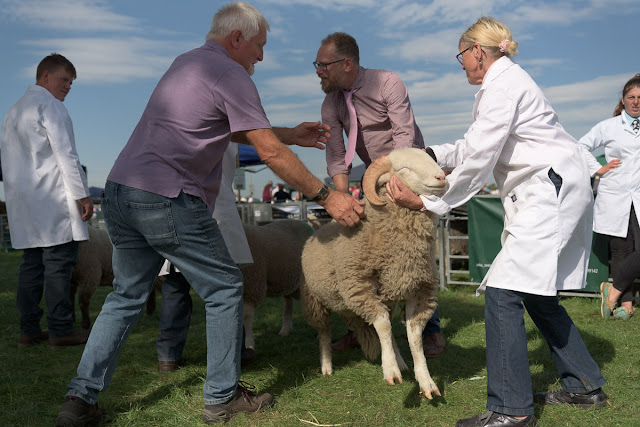 Much smaller in size, and undoubtedly cuter, is the Portland. A sheep with ancient roots. 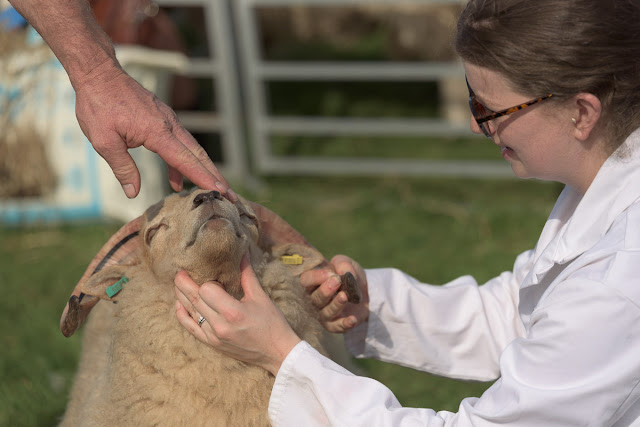 With the morning judging over I went for a wander. The alpaca ring was mildly entertaining, but with the show being spread over two days as a Covid precaution there was no poultry show the day I was there, nor was there much other livestock. 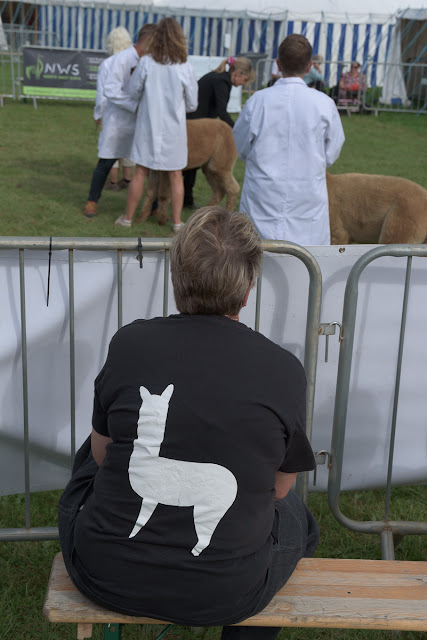 Vintage tractors are, to my eye, limiting in appeal. I think the best way to deal with them would be photographing the restoration work. Otherwise it'd just be pictures of tractors. Which I know does appeal to tractor nuts! 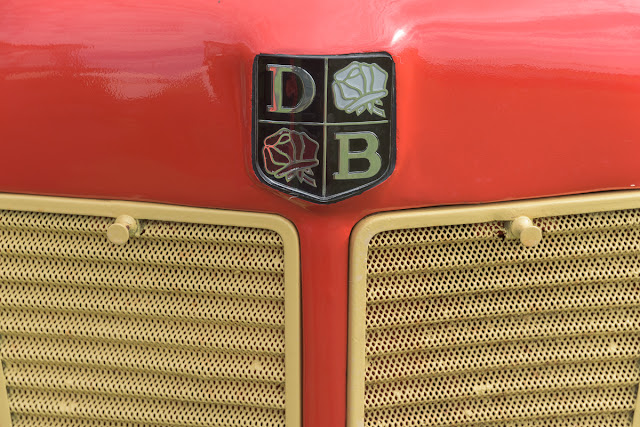 By the time he hill sheep were to be judged the heat had started to get to me. I was feeling in need of a lie down in the shade. As I imagine the sheep were. For whatever reason the turnout of Lonks was low, while the Gritstones were out in force. Luckily they weren't being judged concurrently so I got a chance to look at both. Not that it worked out too well. I reckon that my brain was suffering from the heat and I just couldn't make anything more than record shots. 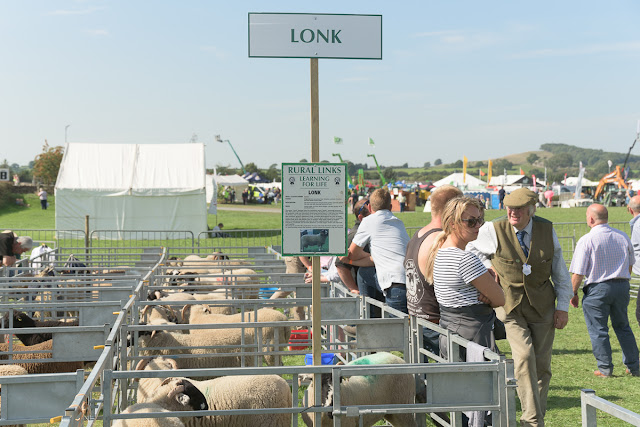 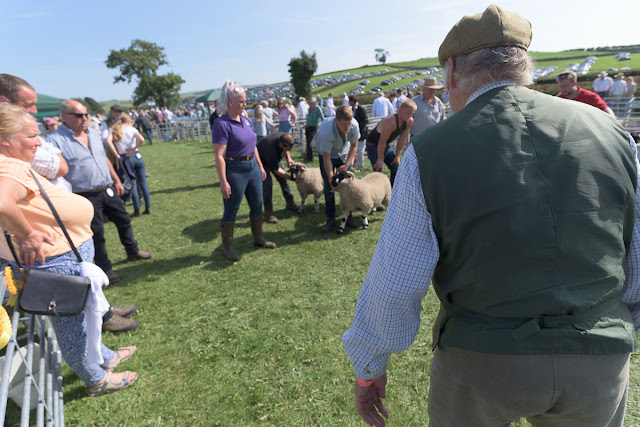 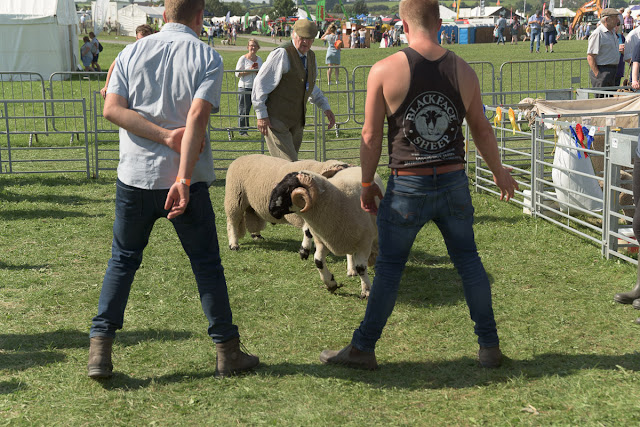 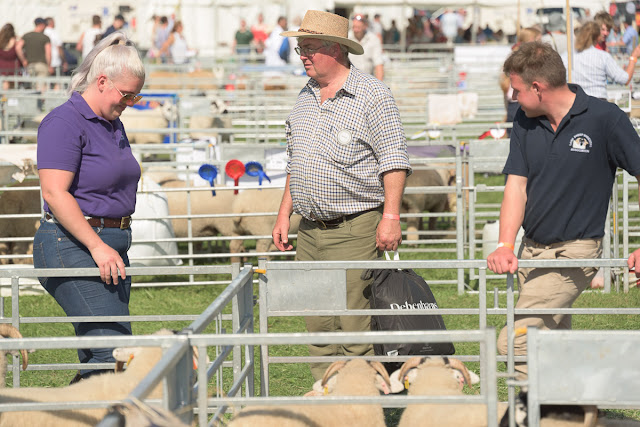 After the Lonk judging I went back to my car for a rest and a long drink of water. Refilled my small water bottle and tried to catch the end of the Gritstone judging. Although feeling a little refreshed I was still floundering. When that judging was over I'd had enough. I couldn't face waiting for the overall hill breed championship. 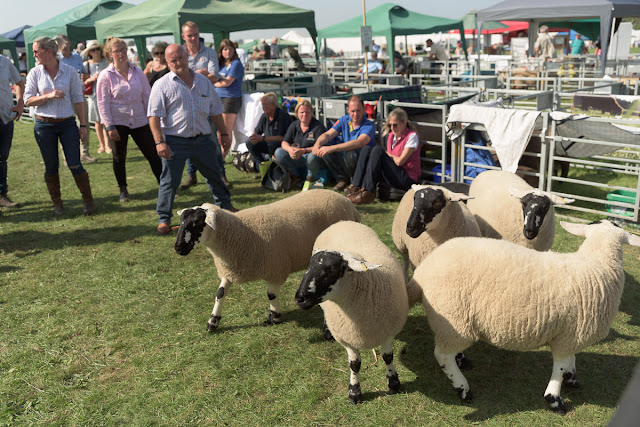 Aside from the photographic side of things, which was disappointing, it had been an enjoyable day catching up with sheep people and having a day in the fresh air. Sometimes I think that is why I keep going to these shows. After all, I'm not a documentary photographer. It doesn't matter whether I take photos or not.

It's odd, but I have noticed recently how it's becoming increasingly the case that some hobbyist photographers (which I suppose is what I am) are labelling themselves, sorry I mean self identifying themselves, as documentary photographers in the same way that others call themselves 'landscape photographers' or 'street photographers'. Does it make them feel more important? Do they think it makes their pictures better? I dunno. I'm just a bloke with a camera.

I do know that quite a few of the photos I've seen by this cadre of photographer seem to lack any effort to be made as pictures. Sure they document things, people, places, but there's a lack of structure to the photos which turns them into pictures and makes them say something about what they show. Look at really good documentary photography and you see pictures, often with a degree of complexity to their form which lifts them beyond being record shots. I don't manage it too often, but it's what I strive to do with my photographs. Just another pet peeve of a grumpy old git! 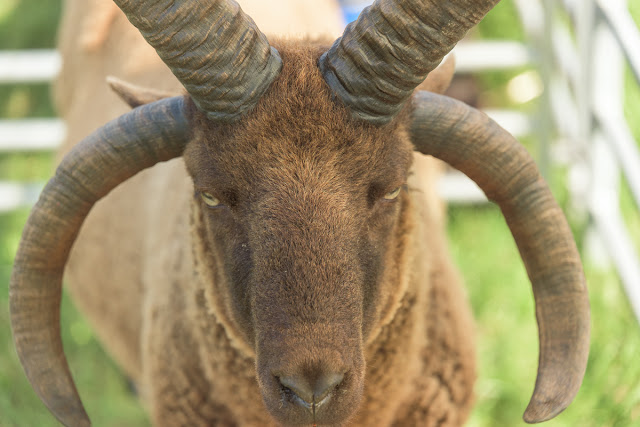 In a normal year the show season would be winding down as August drew to a close, but it has felt more like it's building up this time round. One show which is usually held in June was cancelled for a number of reasons, however, such is the desire among the afflicted to show sheep the show committee hastily arranged a sheep and vintage tractor show with just twenty days' notice. This took place on a cold and windy hillside on the Sunday of the Bank Holiday weekend.

Despite the timescale involved and no widespread publicity there was a goodly entry of sheep, particularly in the Derbyshire Gritstone classes. 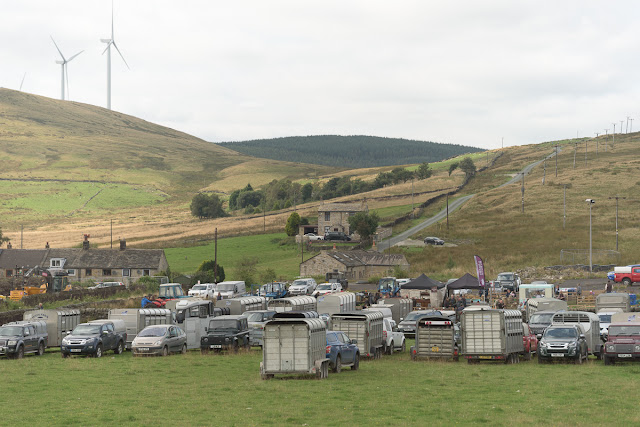 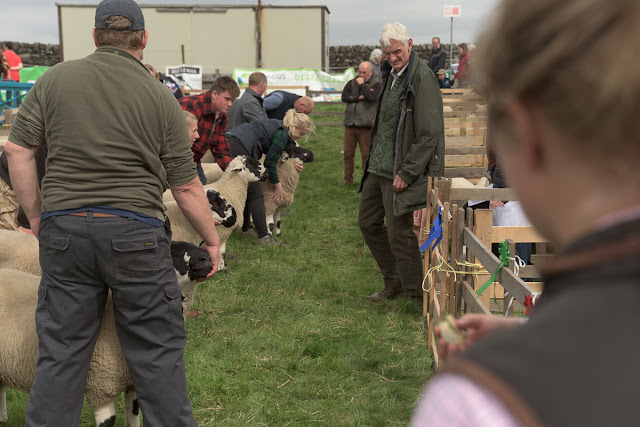 There were Lonks too. At one point during the judging I got myself down low in a corner as I was sick of the liveview focussing being useless when I held the camera low and used the flippy screen.. Whereupon the sheep were gathered up in the corner of the ring I was knelt in. Not being as nimble as I used to be I couldn't escape and got squashed by sheep! 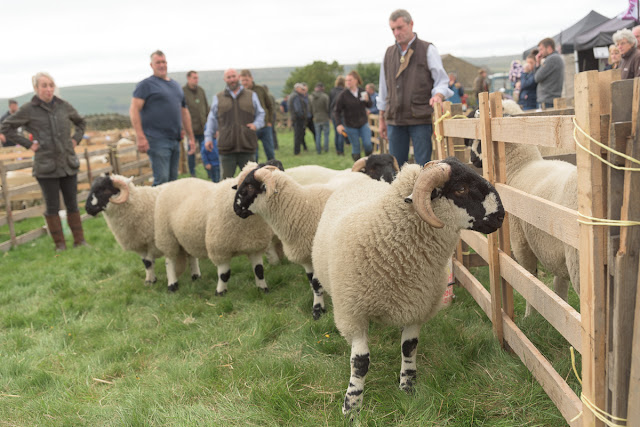 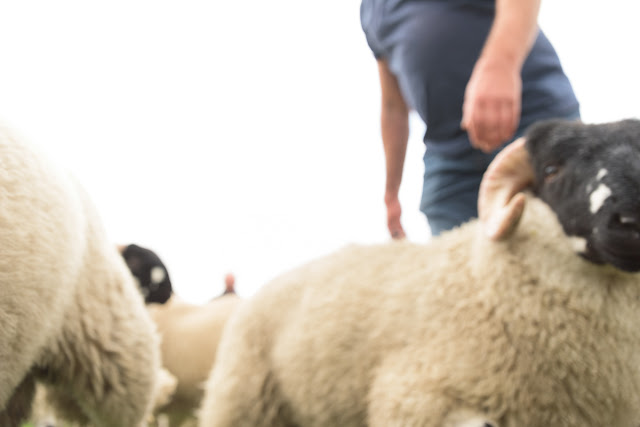 Once more I was wondering why I was taking the same old pictures, and convinced myself that this time it was to record a new show location. 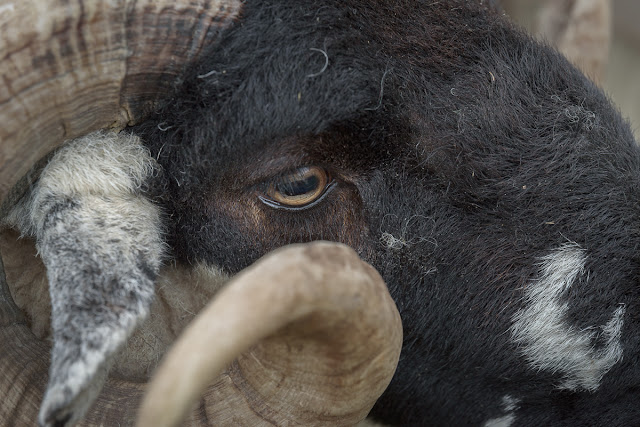 I post pictures of sheep quite regularly on Twitter but they don't get much 'traction'. However one I posted from this show became my most 'liked' picture yet. It's not a particularly good picture, but the sheep is definitely photogenic. Strangely this experience hasn't made me want to take more pictures of pretty sheep, rather it's reinforced my desire to avoid them! This was one occasion when the liveview autofocus had time to work... 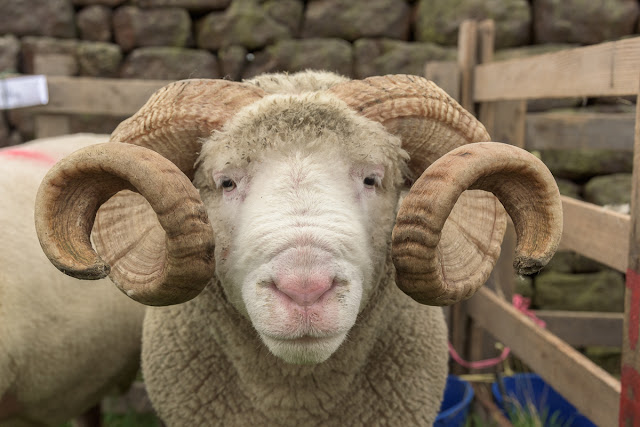 Two days later I was off to a more distant show for which I'd got a pre-booked ticket. This time there were more Lonks as well as Grits. Lots of other sheep too but despite the variety I still find I am drawn to photograph the breeds which I have more interest in from a historical or geographical point of view. 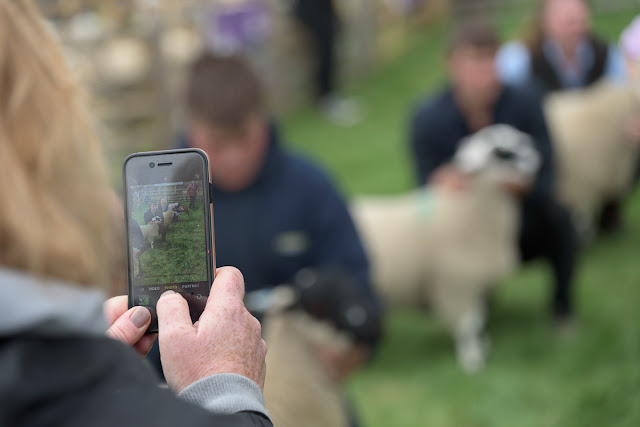 I often find myself struggling to decided between making 'good photographs' which maybe appeal more to photographers and 'good records' of what I'm looking at which might help explain something to people who are unfamiliar with what is shown. The photograph above of the phone is trying to be a 'good photograph', the two below are trying to show clearly what is taking place. 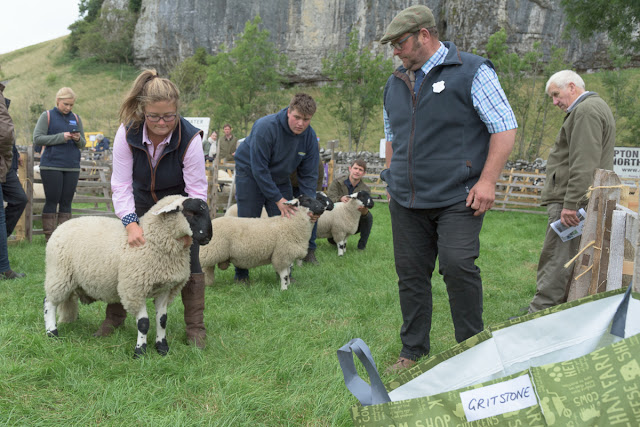 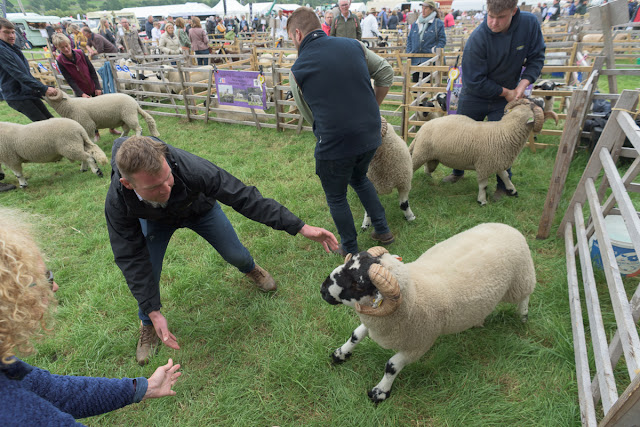 I suppose there is a place for both sorts of picture. The ones I find myself keener to study in other people's work are the informative shots. 'Good pictures' provide a quick hit of admiration, the broader pictures have a more lasting engagement. This isn't to say that the explanatory pictures can get away with being poorly structured, ore need to be framed in a 'conventional' manner. Trying to make pictures which inform and have more to their construction than unconsidered snaps, I think, is what motivates me.

There is always room for close ups - although some people seem to take more of them than any other type of shot. These two being as much about fingernails as they are about sheep showing! 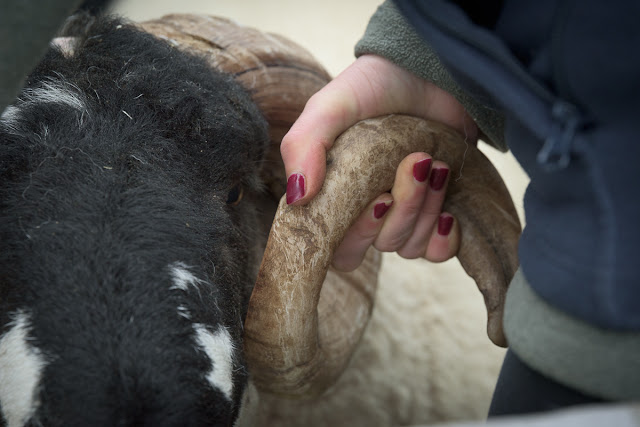 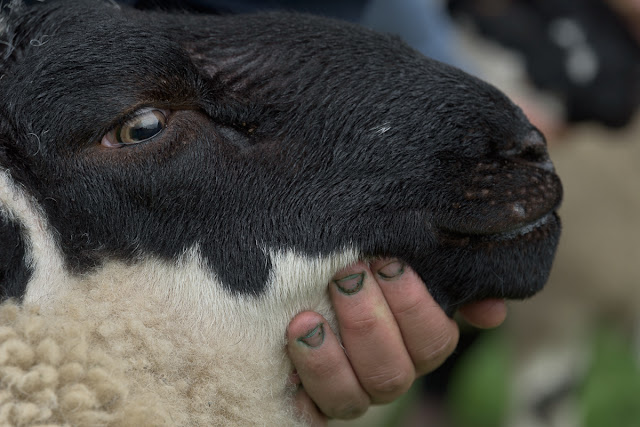 There was also a sheepdog trial at this show. I didn't take many photos of the trial, but spent a bit of time watching the action, chatting with people I've got to know and and listening to the banter. I was ill equipped to photograph the action so had to resort to cropping files to make pictures which worked. 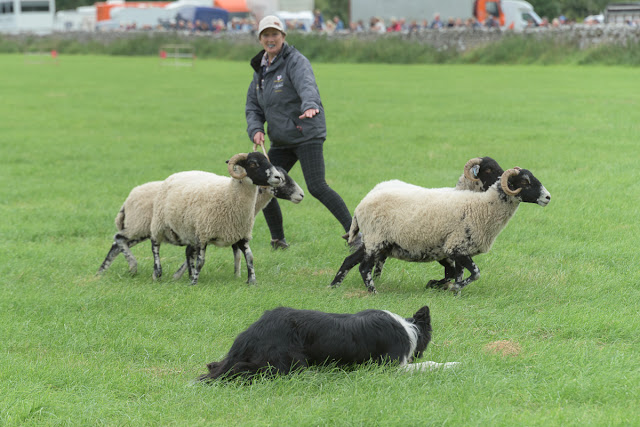 With one more show coming up this week I'm still contemplating giving sheepish subjects a miss from now on. It's got to the stage where it is starting to feel like I'm going round in circles and getting nowhere. If I had some sort of target to aim for, to concentrate my thoughts around, then I'd be more inclined to keep at it. As things stand all I'm doing is amassing a load of files on my hard drives which will never get looked at by anyone but myself. This seems like the height of futility.