The sun shone as forecast late in the morning so it was out after lunch. First stop a local nature reserve. Too many cars. Off to a not too distant but secluded spot where the overnight snow/hail was making for a notable winterscape. With the sun bright and low it was challenging. A deeply furrowed field, partially thawed back to dark peaty earth with frozen water in the depths, was an obvious subject to point a camera at but rather a cliché. It needed a twist, and a point where a furrow turned provided it. 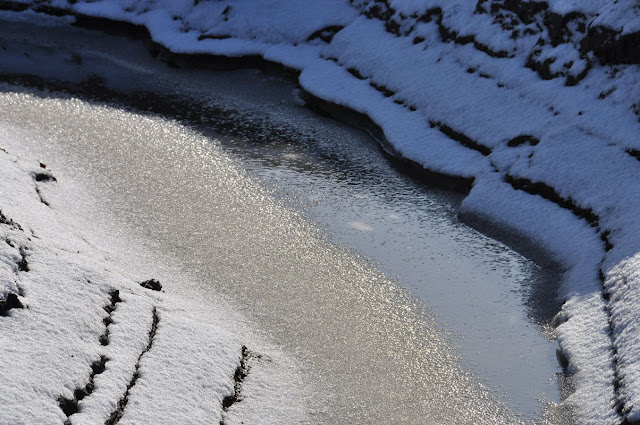 I could really have done with a wider lens on a couple of occasions. Not much wider but just a bit. You wouldn't think there'd be much waiting around to photograph trees. It's not like they'll fly away. The problem was aerial though. Vapour trails - or should that be con trails? Who gives a toss? They're a pain in a bluebird sky. 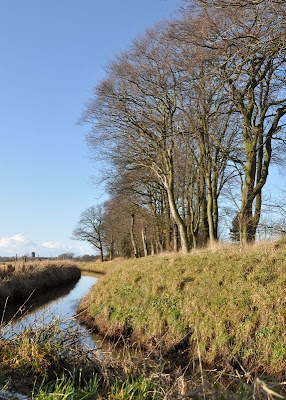 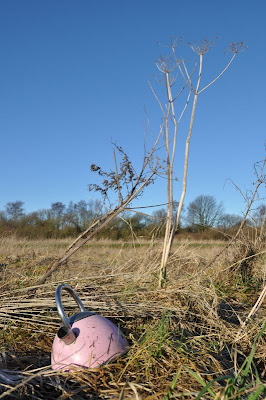 After playing around with my new toy to get acquainted with its controls during the week, and with the sun shining brightly, I set off to find some photographs and trap them. I got off to a slow start both in terms of seeing potential photos and in using the camera. Things began to come back to me, like using my feet to help frame shots as much as the rather nifty 18-200mm zoom. In fact camera position makes a lot of difference and as soon as I spotted a pink kettle lying incongruously in the dead grass I was soon crouching down, then lying on my side. I took a load of shots that were moderately pleasing. I got up and walked away, as I looked back a new picture struck me. I was back on the deck trying to keep my shadow out of the frame and make the shot. Technically it might be better. But I'm happy enough. After all I haven't taken many 'serious' photographs for getting on for 30 years.

As the walk continued I remembered more stuff, like using the depth of field preview button and manually shifting focus. It's all too easy to let the camera do everything. Especially when that's been good enough for so long.

Back in the car I was off to somewhere else I thought there might be a photo lurking. I had a look round but wasn't inspired. I started the engine and turned the car to head home when I saw something. Window wound down, camera pointed through it and after some framing the shutter was released and I was on my way. A bit of straightening up, a minor crop and it looked okay. 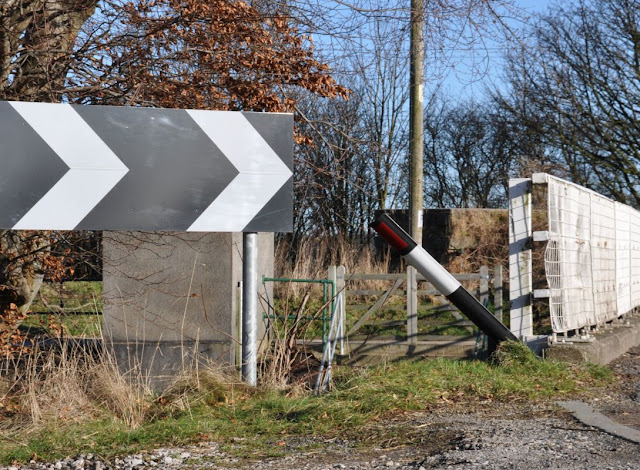 After lunch I thought I'd head to the coastal marshes and then the shore. It was all a bit bleak but I found a couple of photos at the marsh shooting into the lowering sun. Maybe there were more but time was running out. I was hoping for clouds to roll in over the sea, which they did. I got one shot then the clouds rolled a bit too much.

For the first couple of walks with a lens I was still finding my feet, so to speak. It shouldn't take long for everything to slide back in to place. There were a few pictures that I'm sure were in sight, but I couldn't work out exactly where. One major step forward is that I've taken some shots I think look good in colour. It is also the first time I have ever made over 100 shots in a day! 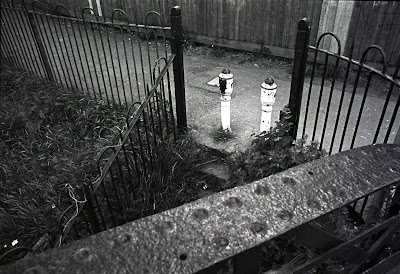 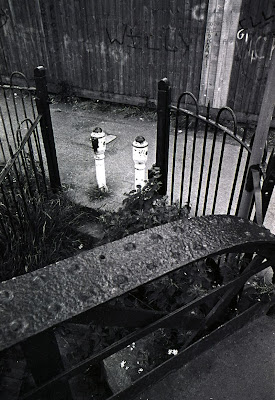