A brief run round the local low lying land to see what effect the rain had on it. Just using the X10. The sweep panorama mode was useful for showing the extent of the flooding, but needs more care than I took in my hasty attempts in the rain.

Although there are no remarkable pictures, I took them mainly as a record, I found that I needed to crop fewer of the shots to make the composition satisfying. I guess sometimes a 3:2 aspect ratio isn't the right one.

The Lost Ball project progressed past 100 today. It was a bit like shooting fish in a barrel with the debris rafts trapped above bridges, though! 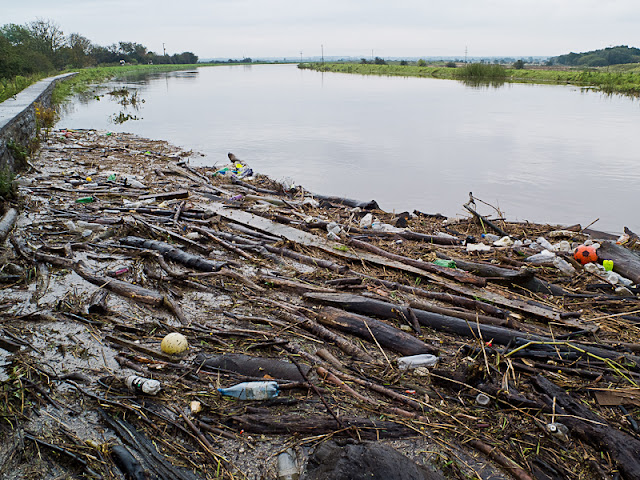 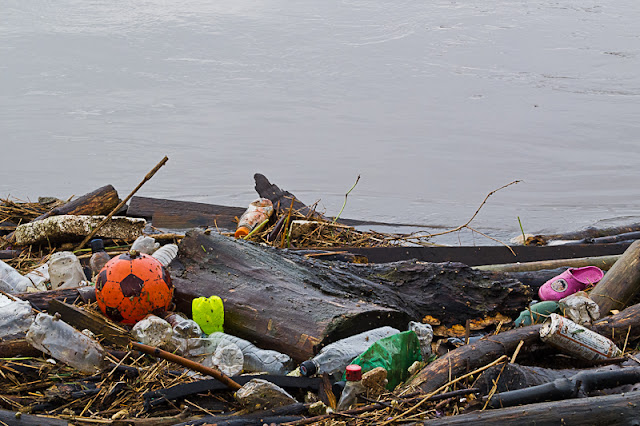 In this day and age it's always tempting to take the easy, and usually cheap, way out when you need some new electrical product. So it was I checked out printer prices when mine packed up last week. It was only a cheapish print/scan/copy machine but I needed it replacing urgently for work. Google revealed my local camera shop stocked the one I wanted but it was £15 more than I could get it on-line. However I could have it that day rather than wait, or pay some £7 for next day delivery.

The week before the printer packed up I'd bought a couple of ink cartridges as two colours were getting low. I buy them from the camera shop for convenience and because they are reasonably priced. Of course a new, but very similar, printer has new, but similar, ink cartridges. I'd be stuck with two useless plastic containers full of expensive ink.

Cheekily, I asked if I could swap my unopened inks for the ones to fit my new machine. To my delight this was accepted. Yay! Taking into account the cartridges and the next day delivery I would have had to pay for I ended up saving money. Which I always like!

So by way of a thank you I shall point you to the photographic extravaganza Wilkinson's are holding next month. It's a camera show called Digital Splash 2012 with talks and demos being held on Sunday 14th October at UCLAN in Preston. 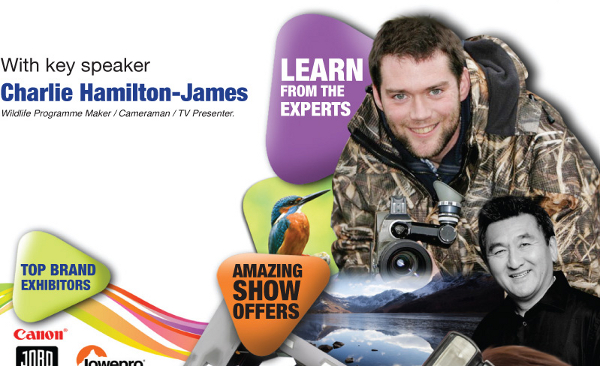 Unfortunately I can't make it as I have a trade show to attend in the Midlands on that day. A shame as I'm sure it will be a great day out.

Judging by how many fisheye lenses become available on the used market I guess a lot of people are seduced by their wackiness and then either get bored with or don't get to grips with them. There's no doubt they are a specialised tool, and their overuse can become wearing. 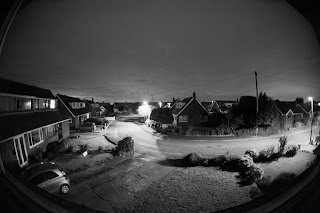 I think I have a use for such a lens, so bought one a couple of days ago. Although I have yet to use it in anger it has raised an interesting matter of visual perception. The image the lens creates is considered to be distorted. It's an exaggerated version of the barrel distortion photographers shy away from in non-fisheye lenses. However, it is only distorted when considered from the perception of the perspective we are accustomed to where straight lines all converge to a vanishing point. This is actually an artificial construct. 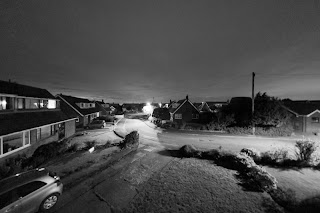 Of course we now have a simple means of converting the fisheye view to look more 'natural' with one simple mouse click. Yet what this produces is equally distorted, but in a different way. Although lines are straightened, objects become stretched and their shapes deformed. In some ways looking even less 'real' than the fisheye view.

The fact is that trying to replicate what we think we see as a two dimensional image with in the picture space is impossible no matter which line we take.

When I was a student I made a carefully measured painting of the studio I was working in, using a wide angle of view. The perspective was just like that of a fisheye lens on a camera produces. As we turn our head so the vanishing point moves. There is no single vanishing point. Cubism was one way in which the multiple or changing viewpoint has been explored. Hockney's 'joiners' demonstrate the same effect in multiple photographs pieced together to make one picture. Where Hockney made no attempt to match adjoining prints to perfection, today's photographers use sophisticated programs to stitch seamlessly multiple images to create panoramas. It can even be done quite adequately by a camera's software - provided the photographer is up to the task.

These panoramas exhibit a similar form of perspective to that of the fisheye lens and the joiner. It is difficult to pre-visualise a panorama made in this way and results can be surprising.

I do wonder if the technology we have at our finger tips today makes striving for a notion of perfection the goal for some people. Pictures must be pin sharp, across the entire frame. blown highlights and blocked shadows must be eliminated. If this cannot be achieved in a single exposure then multiple exposures can be manipulated to give massive depth of focus by 'stacking', and equally exposed scenes through HDR techniques.

To my eyes a great many of these perfected images seem artificial. But that can often be the case with perfection.

I have another reason for not wanting to correct lens aberrations, which is that doing so completely changes what I saw through the viewfinder. Objects near the edge of the frame, included deliberately, can disappear from the 'improved' picture. This can apply just as easily to a non-fisheye lens. This is very much related to my annoyance of viewfinders which don't show precisely what will appear on the sensor, or film. I have found that even a 95% viewfinder will spoil my carefully composed picture requiring it to be cropped slightly to make it as I saw it. Trying to compensate by guess work is fraught with difficulty. When the viewfinder is only 85%, and hampered further by a lack of parallax correction you really do not see what you will get. I want my photographs to include everything I saw when framing the composition and nothing I didn't include. If there's some distortion or edge softness, or a burnt out highlight, I'm not bothered so long as the picture works.