I've got Photoshop so I'm going to use it...

The title isn't something I'm likely to say. I prefer to do the minimum of processing. It's not that I'm a technophobe it's that I don't like doing more to a digital image than I'd have done when printing a negative.

The 'improvement' of photos by removing elements really bugs me. I know it was done in the old days, but when it comes to street photography, in particular, I think that whatever is in front of the camera should be recorded in the final image - print or digital file. I'd guess that all the iconic street photographs rely on framing and timing for their visual success rather than manipulation. It's the fact that the photographer has recorded what they saw as it was (within the limits of the medium) which gives good street photography it's vibrancy. It's because what has been captured hadn't been staged that gives this kind of photography it's appeal. But if the image has been manipulated, then it might as well have been staged.

However what gets called street photography seems to have changed recently. More and more people are styling themselves as street photographers because they take photos in the street. It feels to me like it is now just enough to snap (and most of the photos I see are no more than snaps) someone who looks 'interesting'. It doesn't matter much what they are doing, how the shot is composed, or anything else much. They're someone you don't know and they're in a street so it's street photography. It's equivalent to the mentality in wildlife photography which Eric Weight wrote about a few weeks ago of going to the same places everyone else does to photograph the same creatures in the same way. It's a lack of imagination

I got drawn in by this attitude briefly. Realising that my best street photos were the ones I'd put some thought into drew me back out. It's the speed of digital and auto focus that is the problem. It's too easy to either rely on the automation and shoot from the hip, or to snap without thinking. When you consider the making of each picture everything works better. You may come away with fewer images, but the standard will rise. I had thought about going back to film for this sort of stuff, but changing my mindset to a filmic rather than a digital mode has done the trick. And I'm starting to 'see' in black and white again.

There are some who think 'having an eye for a picture' is a skill which can be learned through study and practice, and there are others who think it's something you can either do or not. I'm in the latter camp. It seems to be a fashionable belief that if you work hard enough at anything you can get to be the best at it. There are books written about it. When it comes to creativity I reckon hard graft only gets you so far.

There can't be anyone around today who would dare call a dyslexic person stupid because they struggle to read and write. Could there be a visual equivalent of dyslexia? Is it possible that rather than there being some people who are naturally able to see pictures (which is what those who advocate the hard work ethic deny) there are people who will always struggle to see pictures no matter how much they learn about composition or how many photographs they take?

It's commonly thought, or expressed, that digital cameras (and camera phones) mean there are more bad photos being taken today than ever before. I'm not so sure. Besides, if people are taking more photos then if those who say practice equals improvement are right there should be more good photos being taken! I have a feeling that it is the ability to show photographs to a potential audience of millions that is the real difference. How many rubbish holiday snaps tucked away in draws does each family have which haven't seen the light of day since they were picked up from the chemist shop? There have always been thousands of bad photographs taken every year, but only a handful of people ever saw each set. Now they are all put on-line for anyone to find.

As I usually take my camera with me to town when I go to Southport and keep getting drawn to the beach and sand dunes I've started posting some of the photographs I take there to a new blog. No words, just photos. I've called the blog Sandgrounding - which is explained in the 'about' page.

I'm gradually revamping the photos on my dlst.co.uk website, making the most of my DSLR kit to improve things. A subject was chosen to emphasise the handbuilt nature of my work, and a shallow depth of focus used to enable text to be overlaid. With the bridge camera I used to take the original website photos I'd have been adding the blur digitally. It probably won't increase sales, but it was kinda fun to do. 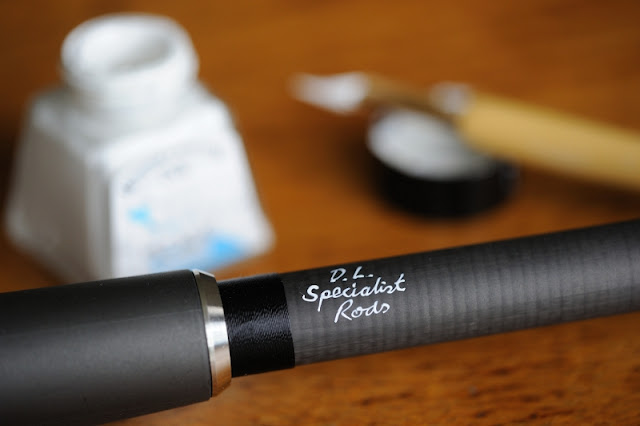 And one for some other possible use that has less space but is a more pleasing composition. 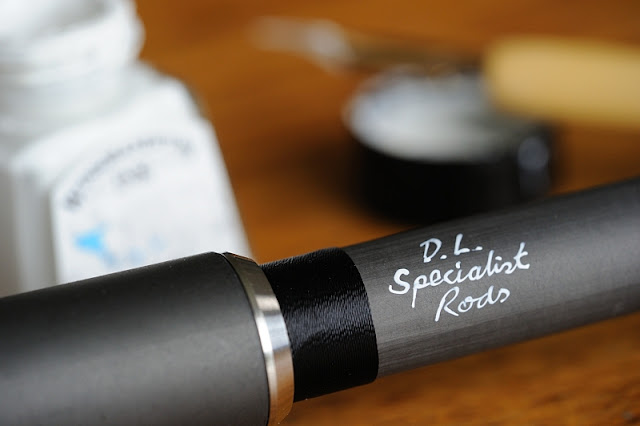 I don't pretend that the second of the following two frames is a great photo. I'm not even sure it will resonate with anyone who wasn't there. It is the better of the two. The former is no more than a snapshot, the latter at least aspires to be a picture. Just a few seconds separates the two exposures, but enough has changed to make a difference. 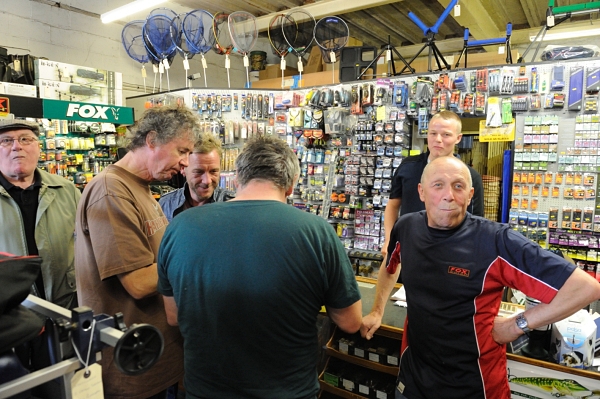 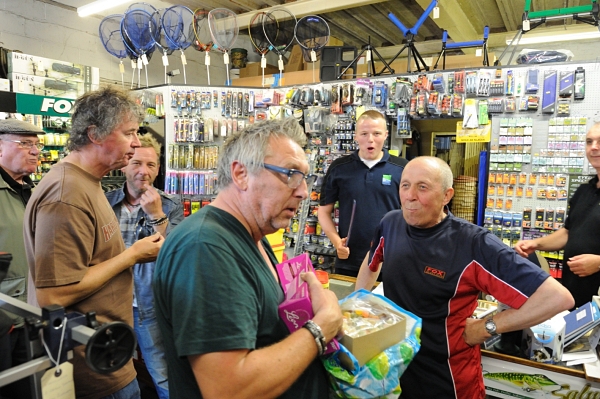 I don't want to over-analyse it, but the placement of the figures is better defined, the figure far right keeps the eye from leaving the frame, and fewer of gazes are aimed at the camera. The rhythm of the photograph has altered.
Posted by Dave Lumb at 20:14

I think what I was driving at in my previous post was that a lot of photography is more concerned with technique than picture making. The advent of digital picture making and the ability to look at images on a screen far larger than they will ever be perceived if printed (given that a large print will be viewed from a greater distance) has made this quest for perfect focus more attainable. Reading forums it seems that lenses are likely to be discounted if they are not super sharp. Well, my favourite go-anywhere lens on a crop sensor is a 24mm. I like it because of its angle of view and its small size. It is capable of sharpness, but it's slow to autofocus so when I have to grab a shot it doesn't always quite make it. I could buy a faster focusing, sharper, lens, but it would be large, heavy and obtrusive. But the one I have does the job I want it to.

Quite in what context Henri Cartier-Bresson said that sharpness is a bourgeois concept I don't know, but the quote is out there on the web. Looking at photographs taken back in the days of slow grainy film it's quite apparent that critical sharpness wasn't always achieved, even by the masters of the photographic art.I can only assume that they were more concerned with making pictures that people would respond to rather than photographs that would impress people who carry magnifying glasses. Obviously in certain technical photography then sharpness is important, but in picture making it's not. And nor is the quality of the out of focus areas that some obsess over.

On the subject of lens obsession we now come to 'breathing'. usually a good thing, except when it refers to a zoom lens which changes it's focal length as it focuses closer. I have such a lens, one that one obsessive says he wouldn't buy because when he pays for 200mm he expects 200mm at all focussing distances. Well I know this lens 'breathes' but only because I've read that it does. Does this 'defect' affect my ability to make pictures using it? Does it hell! I don't even notice the change in focal length and manage to work within the 'limitations' of my equipment. Just the same as I don't find the 24mm lens limiting in terms of sharpness or compositional possibilities.

Recently there has been much praise for a 'new' (read fashionable) photo-sharing site - 500px. Bloggers and forum users, notably those on Talk Photography, are raving about it's interface and the high quality of the photos on there compared to Flickr. Well, as usual, I'm out of step.

OK, so there is a lot of dross on Flickr, many photos are uploaded simply to show people something that occurred rather than for their artistic merit. I upload to Flickr because it's easy and easy to link from to forums and blogs. To me it's a hosting site that is (or was, easier to use than Picassa - although that has changed recently) rather than a sharing site. To be honest I have no interest in joining Flickr groups to get insincere praise, or geeky comments about technicalities that don't interest me, from people whose own photos show they have no concept of what photography can be.

But is the standard on 500px really that good? I don't think so. I think it is superficially impressive. It represents the hobbyist's values of what makes a good photograph. You see the same styles repeated time and again - the wide aperture 'bokeh' shots, the super-wideangle landscape with a rock in the foreground and a slow exposure to make the sea turn smooth, and numerous compositional and stylistic clichés. It's a plagiarists paradise.

But that's seems to be what hobbyists want. They are continually seeking 'good places to shoot near' certain towns. I assume in order that they can go and make photos that look like everyone else who has been there. And therein lies the fault with seeking inspiration from sites like 500px. The temptation to replicate what you see is great if you lack imagination.

Looking at contemporary images only shows you the current trends. Not all of these will stand the test of time. Fair enough if you are a commercial photographer who has to make saleable work, trends have to be followed, but for personal work it is much better to take heed of what has gone before rather than emulate what is going on now.

That is why artists still study works from many centuries past. At the very least you ought to skip a generation of artists or photographers. Look back 30 years or more. Often work that was overlooked at the time (it wasn't fashionable) becomes highly influential at a later date. Colour photography of the 1950s and early '60s being a case in point. Serious photographers shot black and white, colour was for snap-shooters. Thirty years on some of those colour photos came to be considered ground-breaking and highly influential. Or is this just another fashion trend? 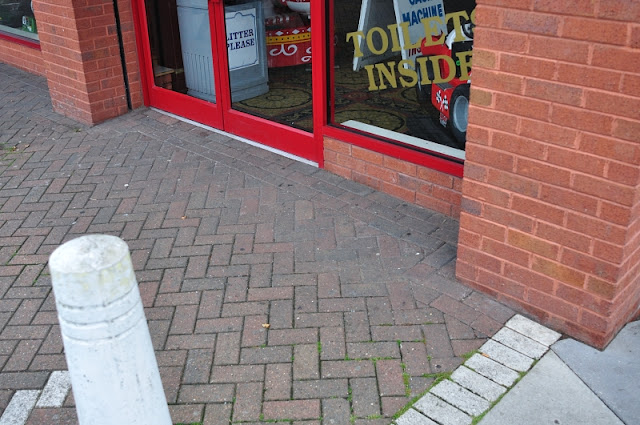 My 'serious' photographs aren't slick enough to fit in at 500px (although that could be a good reason to sign up!), nor can I be bothered making pretentious statements about them in order to make them into 'art' (although I easily could). At least I don't have to sell them to put food on my plate, so I can carry on making them because I want to. Every now and then I'll make a photo that surprises me. Which is why I keep doing this photography thing.

I don't 'get' artificial lighting, but the Strobist blog often throws up some interesting stuff. Today I found it had a YouTube video that was worth wacthing, and clicking through revealed a whole series of interviews from 1981 with well known American photographers talking aboput their work and working practices. Clcik on through and pass a couple of hours.