Today I took the two photos required to fill the gaps on my advert. They needed to be graphic enough to show what they are of at a small size, so a shallow depth of field was ensured. The first shot was taken using available light and the 24-70. I tried the same set up for the ring photo but even at 70mm there was too much clutter in the background. Switching to the 150mm macro solved that problem and the addition of flash allowed me to play with the shutter speed and aperture to get the look I was after. 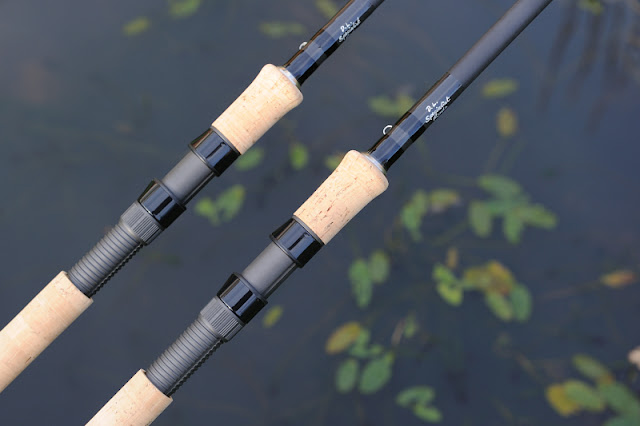 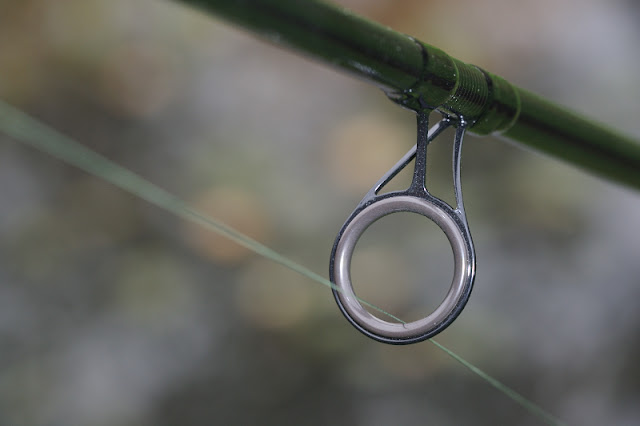 One problem I am having with using the DSLR kit for my product shots is that it is too good even dust and stuff on the rods shows up when viewed large!

Here's how they slot into the ad. 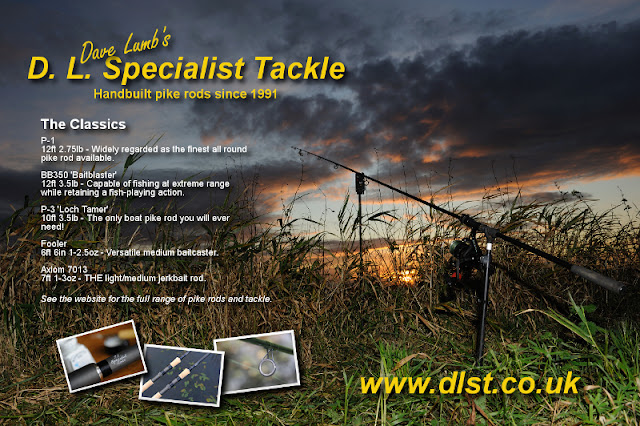 With a 'double page' spread on offer in an up-coming on-line magazine an idea popped straight into my head. Some of the shots I've taken recently would make eye catching visuals, but they were composed poorly to allow for text placement. I therefore knew the composition and the light I needed, all I had to do was be there.

For once my plan fell into place at the first attempt. Or pretty much so. I got the location right and the sunset was, if not magnificent, certainly pleasing enough. I'll admit that the flash would have been better off camera, and more diffuse (or two lights used), but it's not art, it's a functional photo to make people look rather than invite detailed critique.

Plenty of space was allowed for the text and some small images which I am working on to overlay. As a photo it works quite well as it is, as an advert it's coming along nicely. 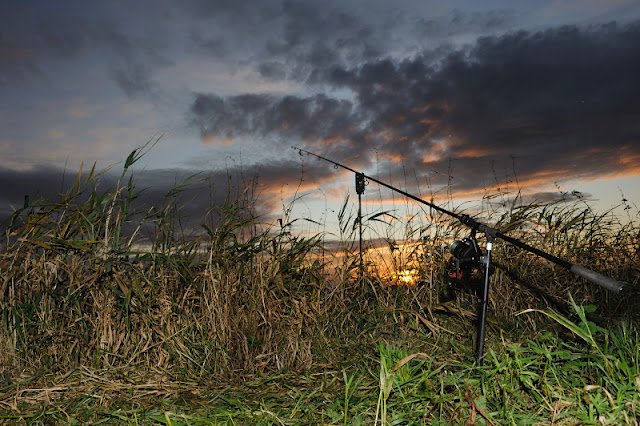 As this is to be a graphic image rather than a photograph I had no qualms about cloning out the two midges that look like hot pixels in the sky.  Cropped to format the image below is where the ad stands at the moment. Two more small images are needed bottom right, and a few tweaks to the text and it will be done. It's ironic to think that I was advised to change my preferred career path as a graphic designer and study Fine Art because I was a messy worker. If only computer technology had been where it is now way back then I'd probably never have become a rod builder! 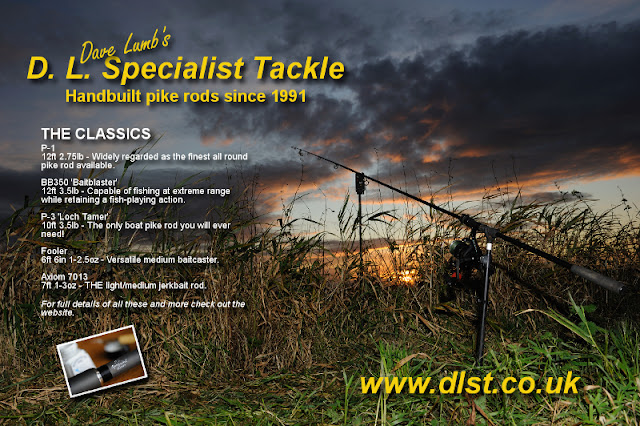 What a difference a day makes

One of the 'benefits; of living on the west coast is that the weather changes daily, and with it the light. Monet painted the same haystacks under differing lighting conditions. So I shall photograph a neighbour's roof under differing skies! 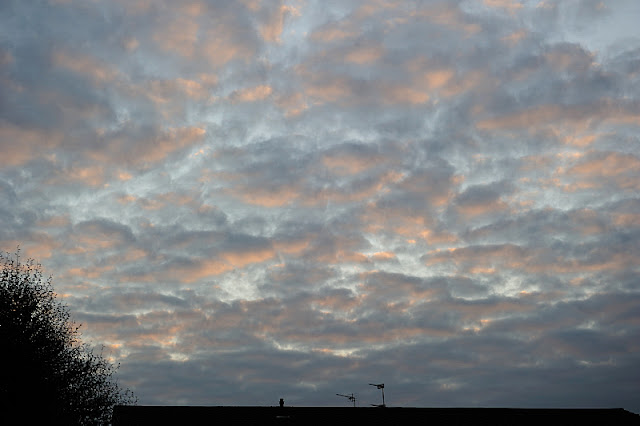 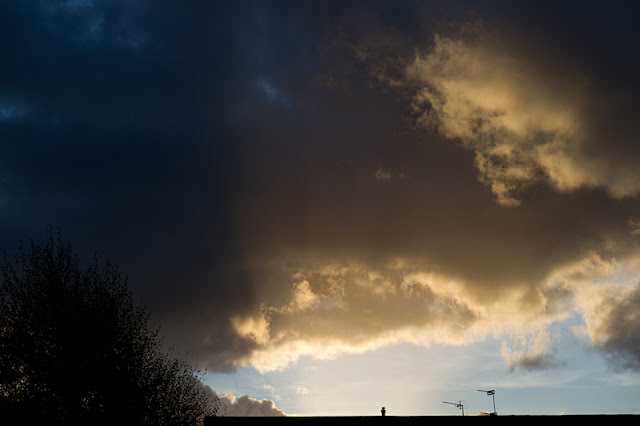 I remember visiting the, as I remember it, pokey little and then two-year-old Open Eye Gallery in Liverpool when I was a student. Getting back into photography last year I was sorry to find it closed while being relocated to new premises in 'the heart of Liverpool's cultural centre'.

The website was also little more than a holding page, but I kept on checking it. Well, the website is now live and the gallery is due to open on the fifth of November. I'm looking forward to visiting it at the earliest opportunity. As I go to Liverpool on business at least once a month, often more frequently, that should be pretty soon.


When you know with a quiet but solid confidence that you truly like one of your pictures and you're not shaken in the least when someone says, "What the hell is the point of that?" or "I hate that!," you're there.

A question of focus

Rain and street lighting always seem to make me reach for a camera. I don't know if this is pretentious experimentalism or good photography - the 'self-portrait' certainly has more than a touch of pretentiousness about it!. The green and reddish-orange hues work together as almost complimentary colours. 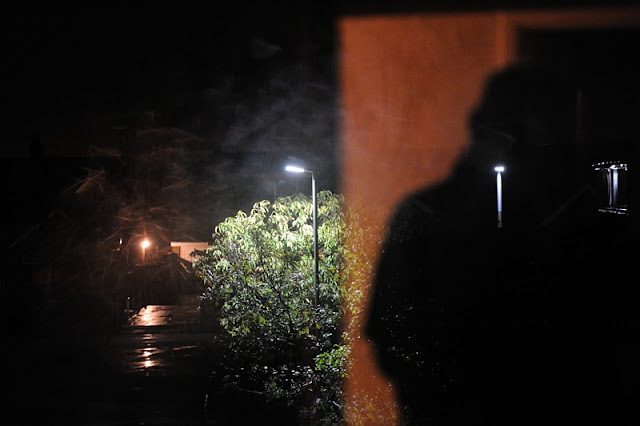 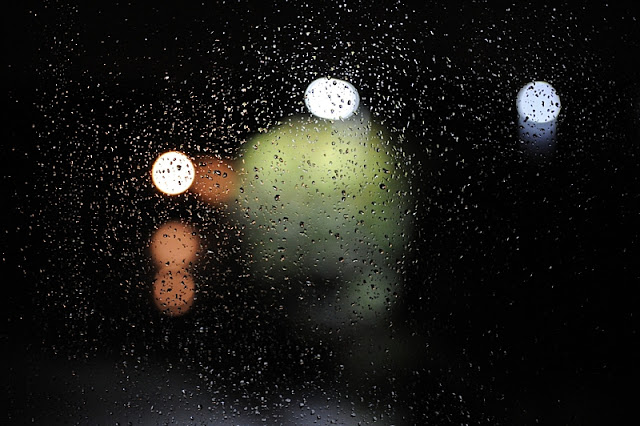 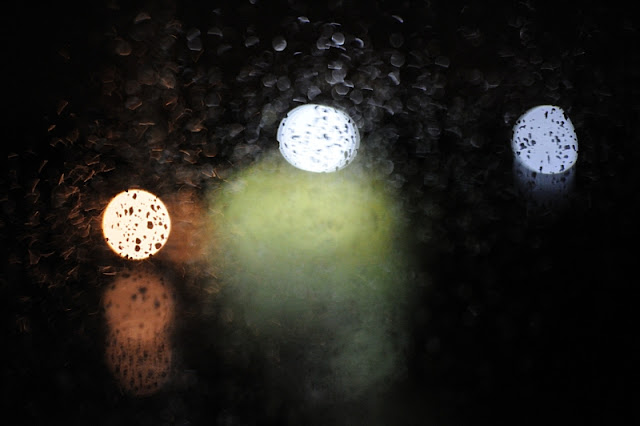 The way our minds see things that aren't there, interpreting shapes as forms they don't actually depict, is always fascinating. Like seeing pictures in flames or clouds, or Christ on a piece of burnt toast I immediately saw a 'Madonna and Child' in the final frame here. Of course there is no religious connection, the Madonna and Child format was plainly appropriated as a powerful Christian image because of it's inherently powerful maternally human resonances. But when looking at pictures the reference back is often to art works of the past. And Christian imagery has a long tradition in western painting - which is where I usually make my connections. 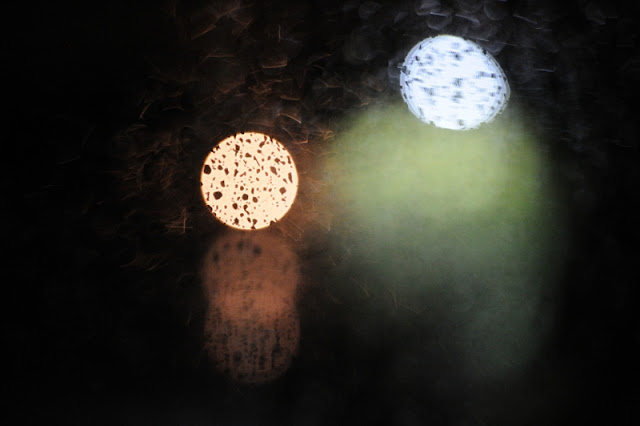 The great thing(s) about photography

Maybe not for everyone, but certainly for me, the greatest thing about photography is that it gives you the perfect excuse to look at the world like a child. How else can an adult get away with lying on the ground looking closely at something without appearing to others like a complete lunatic? Once you put a camera between the prostrate person's eye and the thing they are looking at they are justified in looking closely. You can look at the world in this inquisitive way without a camera, but photographs can help to show others how the world looks when you change your point of view - not just physically.

Children are naturally inquisitive, naturally explorative. As people grow older most seem to stop looking with wonder and awe - except at that which is considered wondrous or awesome. Everything has become familiar. Or more so they think everything has become familiar. A camera allows you to look with an altered perception to the everyday. I'm sure that all visually creative people retain a childlike interest in the way the world looks.

Another childish facet to creativity in any field is that it performs the same role as play does for children. This is not the same as an adult 'playing' football or golf, that's merely participation. Play is creative. It's about messing about with things and seeing what happens. Photography allows you to do that in a visual arena. You can approach picture making as a sport - following set rules, or you can approach it as play - fooling around with no rules. It depends how grown up you are...

So what if passers-by give you funny looks for taking photographs of abandoned balls, or milk-floats, or dogs on leads rather than sunsets when there are adventures in perception to be had!