Tales of the unexpected

Being able to work in both colour and B+W with one camera, using the same 'film stock' is possibly the most liberating aspect of shooting digitally. I spent an age leaning on a wall trying to frame a shot of a distant reservoir and the landscape beyond to give a sense of height and space. Then I turned away, looked back (as I often do because it changes the perspective) took one shot of the wall and walked away. Reviewing the picture I turned it to monochrome. Liking what I saw I went back and tried to improve it. I failed. The grab shot was the best of the bunch. It often doesn't pay to overthink. 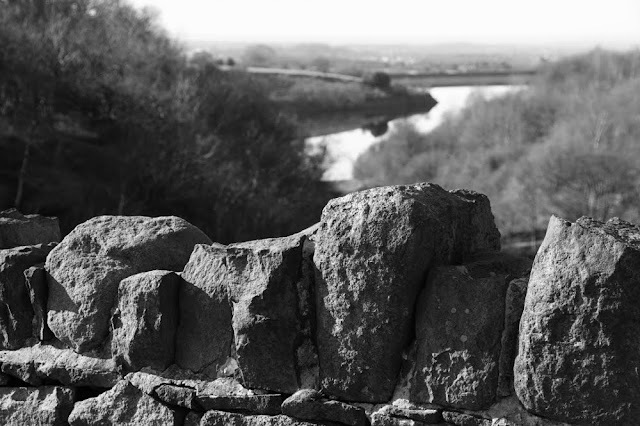 Elsewhere I was leaning on my car looking around and noticed overhead wires with bird scarers on them. The orangey red of the discs and the blue of the sky being complimentary colours there was something working there but not enough. Looking again a plane had entered my line of sight. Two quick snaps and that was it. One worked better than the other but still needed cropping from the left to make the wire enter from the side of the frame rather than the top so as to balance out the other wire's entry and exit points. 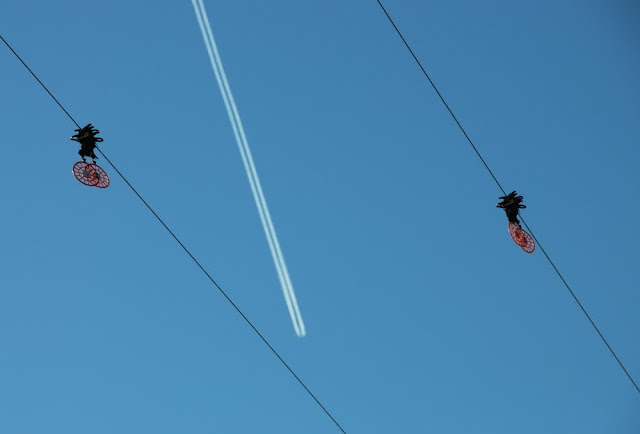