Before the rain arrives

With the pond resting I made the most of another sunny Sunday afternoon for a wander with the camera in a couple of the usual haunts. The local nature reserve was quiet and, like everywhere, turning autumnal. I was too lazy to put the flash bracket on the macro lens so tried shooting pond skaters in the dipping pond without it. depth of field was a problem given the way I was forced to shoot - lying on the board walk trying hard to keep the camera out of the water! I couldn't quite get close enough without overbalancing, so a half frame crop. 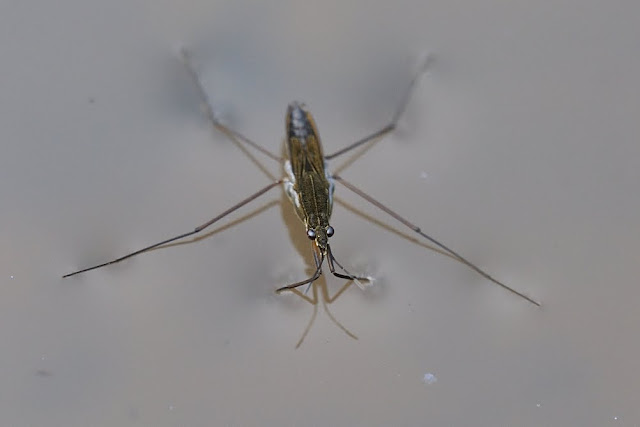 Leaving the pit I headed into open country, where a sheltered track between a hedge and a pine coppice (edged with willow and oak) proved to be the favoured spot for a number of green veined whites and speckled woods. Trying to photograph the speckled woods as they worked their way down among the grass was futile without the flash. Too late I attached the flash bracket. This brought better results on some flies feasting on one of the last of the umbellifers.

My last efforts were of a green veined white that remained in situ for longer than they usually do. Had it not been for a blade of grass between me and the butterfly this would have been a better shot. Still one of my better butterfly pics though. 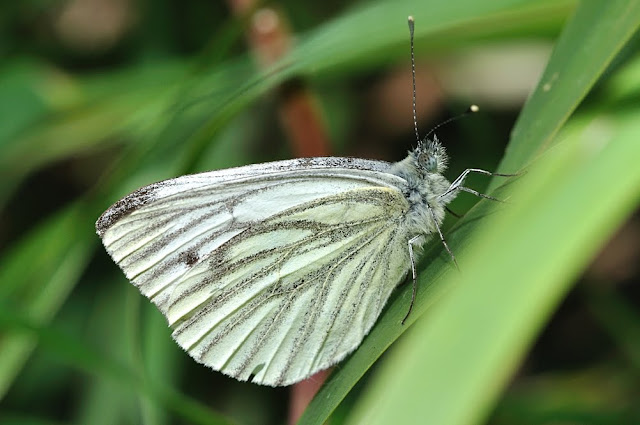 With one more day of dryness predicted I'll make the most of it with the camera before knuckling down to some real world work.