A bloke with a camera

As per a previous post I have been distracted when out looking for wildlife. 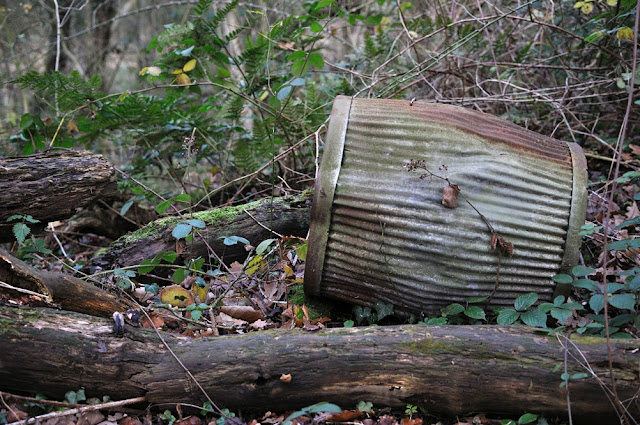 On returning home and idly surfing it struck me that there are probably hundreds of 'wildlife photographers' out there since digital made it so much easier. All 'togging' away at birds and stuff. But how many of them take photos of anything else? How many want to or would know how? Do they have blinkers on when out with their cameras and long lenses? Do they own any shorter lenses? I'm sure that some must, but it strikes me that this upsurge in 'wildlife photography' is no more than making a digital 'tick'. The way some rush to photograph rarities and get their record shots make me think this is just another brach of twitching.

Maybe I'm being a bit snobby but photography for me is about making images, not illustrations which is what most wildlife photography (even the best) seems to be about. I was thinking about this just last night while leafing through the free booklet of pictures from the Wildlife Photographer of The Year competition. Only two or three from the selection stood out to me as being strong images that were more than illustrations or record shots. Photos that worked as images in their own right. Sure they are all fine examples of wildlife photography, but not of photography.

I then got to wondering if I could recall any photographs, or paintings, that were really memorable, strong images with visual impact that were about animals or birds. I couldn't think of many. Some famous paintings have animals in them (The Arnolfini Wedding has a terrier), Franics Bacon made a painting of a dog that sticks in my mind, and if you count carcasses then Rembrandt painted a fine ox. Likewise in photography there are well known images that feature animals, but aren't about animals although Kertesz's Landing Pigeon could be said to be about the feral bird, I suppose.

It's a fact that most wildlife photographs (especially those taken by amateurs) aren't about their subjects, but merely of them. The ones that are most interesting, which you can return to again and again (the trade mark of any successful image) contain more than just the animal posing against a plain or uncluttered background - which is how all the 'how to take good wildlife photograph' articles tell you to do it. The interesting, the satisfying, shots show behaviour, or interaction, or place the creature in it's habitat. The more you look at them the more they reveal - and I don't mean fine fur or feather detail. They are images about the subject, and if really successful they are about more than that.

I don't think this shot of starlings fulfils those criteria, but it has an abstract element of pattern to it, it's about perspective (all the birds are the same size but don't appear so in the image), it has a resonance with images of WWII bombing raids, and it's sort of about starlings flocking to roost. I hope it's a photograph first, and a wildlife photograph second. It's certainly not a pin-sharp starling on a twig with an out of focus background... 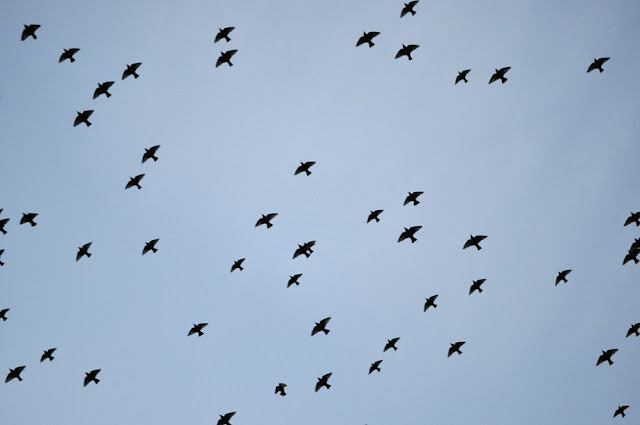