When I was at the beach yesterday the sunset was an unavoidable subject.  I took a lot of shots, most of which were rubbish, some of which were trite, a few that almost made it.

Partly as an experiment I posted a selection on a non-photography forum. I was interested to see if the ones which looked like a thousand other sunset photographs proved more popular. They did.

No prizes for picking the 'winner' from these two. Sun off to one side, reflection on wet sand. If the horizon had been slightly higher it would have ticked all the boxes for approval. But I was trying to see if I could make a picture work with the horizon deliberately centred. It sort of does. 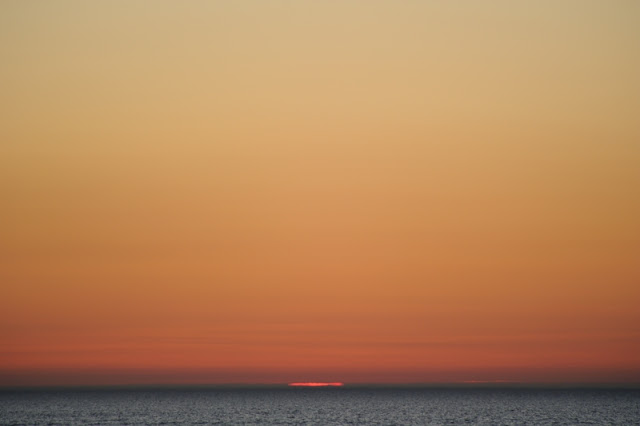 Sun all but invisible and central, very low horizon, hardly any subject matter. Ticks none of the boxes for approval. Placing the sun anywhere but on the centre line made no sense to me. That would have been composition by numbers.  In fact I should have taken a few more shots after the sun had completely disappeared.