I only managed to get out with my new toy late on, with half an hour of light left, so I switched to black and white mode to concentrate on silhouette and texture. Had I had more time I'm sure I would have found some more successful pictures. When I came to look at the shots on the PC this first one seemed to work better in colour. I think this is because the cool blue adds to the wintry feel, and the limited palette retains the graphic nature of the shot. 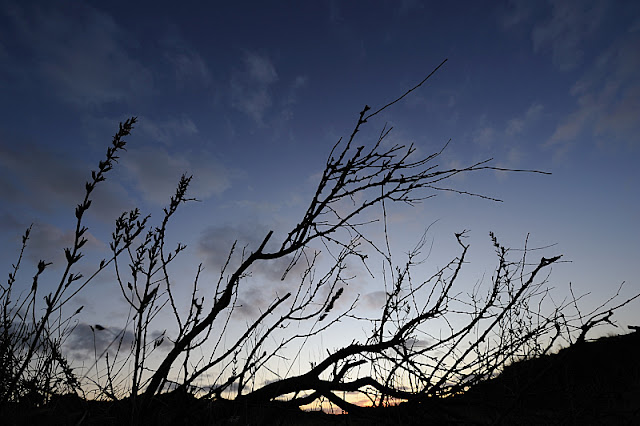 On the other hand the second shot works better in monochrome because colour doesn't get in the way. Why I took the shot of waste polystyrene in a drainage channel I'm not sure. I don't think I was making an environmentalist comment, what attracted my was the curve the flat white shards make and the contrast of natural and man-made textures. So maybe there is an environmental subtext to the main visual one even though I saw it originally as shape and texture. It was a bugger keeping my feet out of the frame at 14mm! 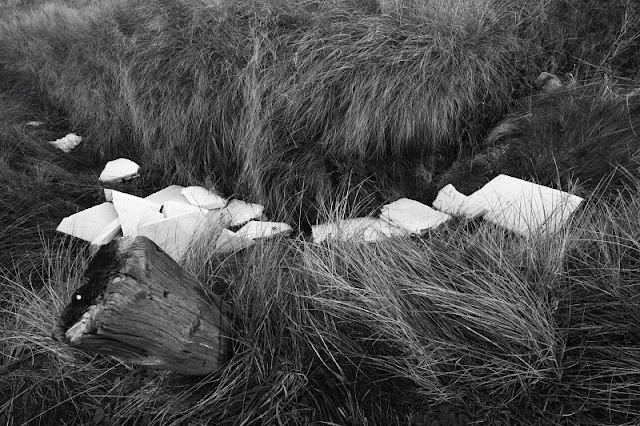