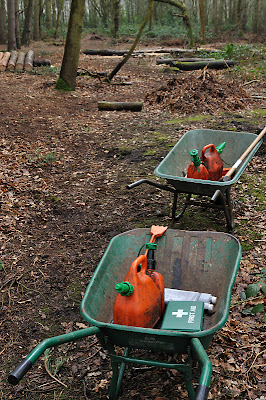 I'd gone out looking for a couple of bitterns that have arrived at the nature reserve I worked at in the '80s but hadn't taken a lens along suitable for photographing them. I was hoping to get some shots of the bird watchers. As it happened the bitterns hadn't been seen this morning, and it was a dull day making it too dark in the hide for any available light shooting. There were, however, some volunteers on a chainsaw course and I got chatting to their instructor, Colin.

I was hoping to get some tree felling pictures, but there was more log cutting going on. The one tree I did see felled got stuck, rather spoiling the effect!

Even in the shade of the pines the D90 coped pretty well considering the slow zoom I had attached. It's a a pain to use compared to the D3s though. I also got a shot with the X10. A shot that seems a little 'flat' compared to the shots from the DSLR.

Given that there wasn't much going on and it was just on lunchtime I got mostly pictures of men standing around in a wood. At least they were wearing bright colours to stand out from the trees.  Some winter sun slanting through the branches would have given the shots a lift. C'est la vie. 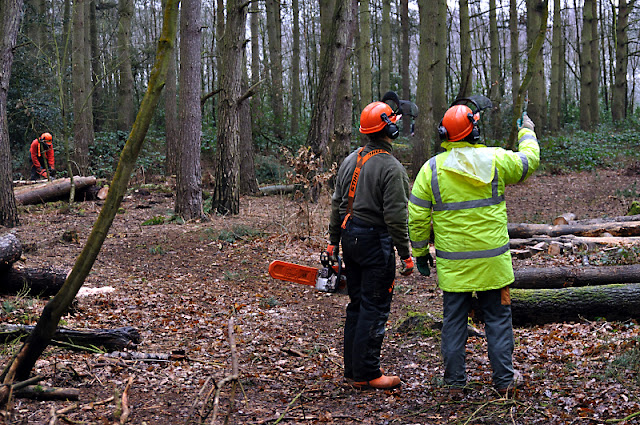 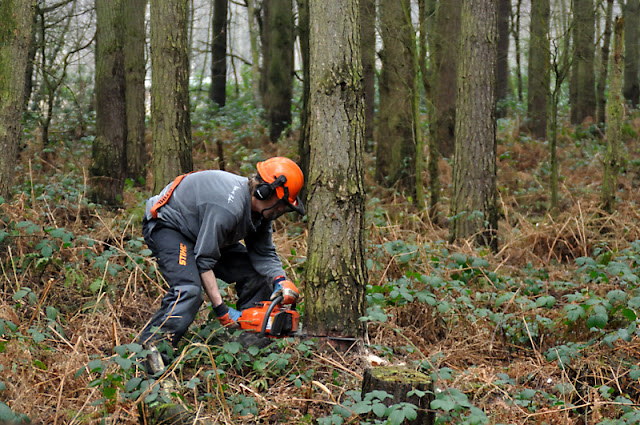 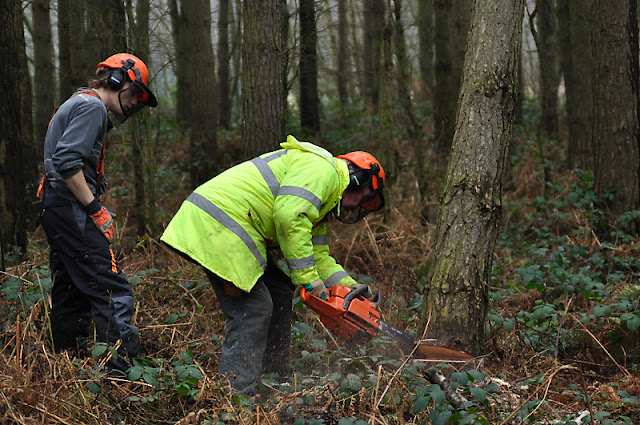 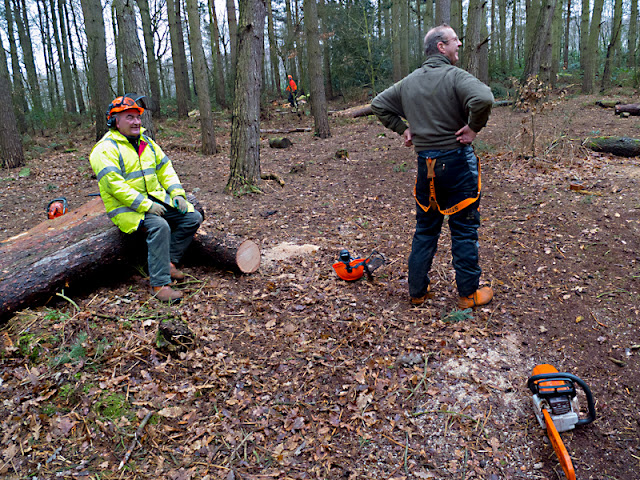 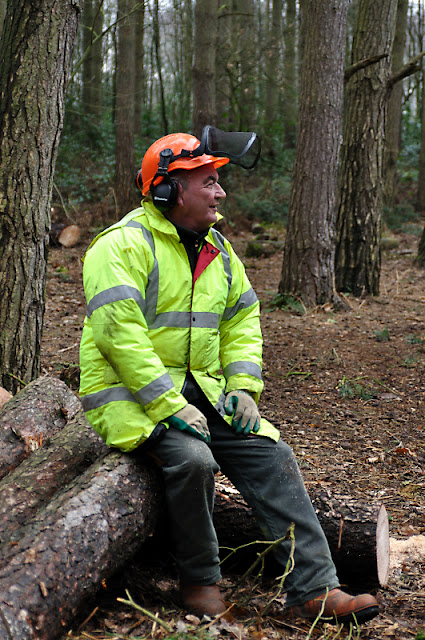 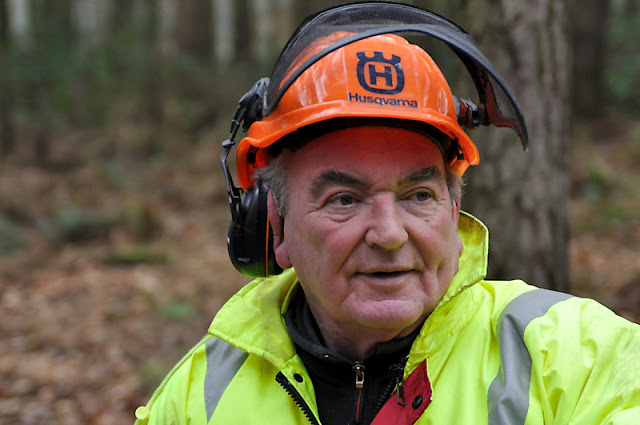