The value of making prints was made plain yesterday when I processed a couple of beachscapes into black and white. What I liked, and seen at the time, were the lines of light and shade on the sand and water - which the conversion to monochrome highlighted. I wasn't too convinced by one of them, feeling that I hadn't made the most of the framing and that the sky was lacking sufficient interest. I was also unsure if the other photograph held sufficient detail in the foreground to emphasize the ripples that suggest the strength of the wind. Even at screen filling size it was difficult to evaluate either photograph. So I made an A4 print of each. The print of the second picture was almost immediately consigned to the rubbish pile. The other was framed and is now on the wall for consideration. I'd quite like to see it printed larger still. 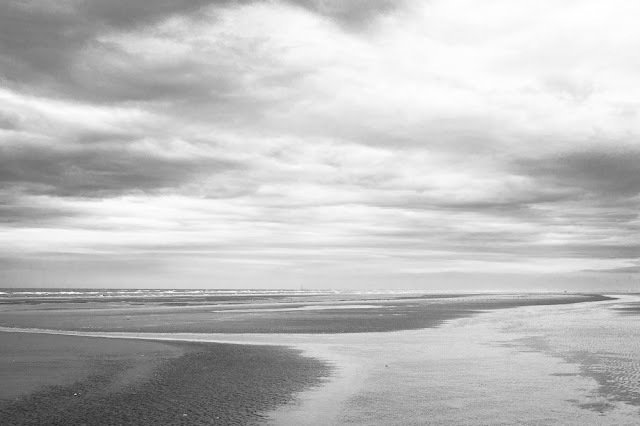 Both pictures were made using the trusty 50mm lens. There's no wonder it used to be considered the 'standard' lens before zooms became de rigeur.