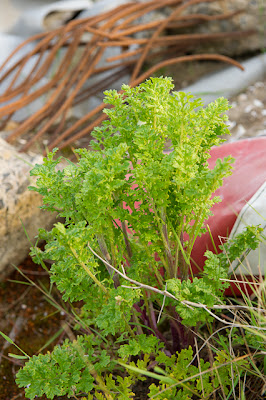 Ever since I've been visiting the sea front since renewing my interest in photography I've been fascinated by the old sand winning plant. Most of the buildings were demolished some years ago and all that remains are the crumbling sand wall that was piled around it for appearances sake and some foundations. There are piles of rubble and gates which are regularly broken down too. There has to be something to say about the place visually as it is gradually recolonised by plants - and the rabbits which make their home there.

It was only yesterday that I came to consider that the way to do this isn't by making pictures which show it as an industrial edifice, but by closing in on the details. How the sand blows over structures, how plants don't care where they grow but eventually take over. Juxtaposing natural forms and colours with manmade ones.

There's a sign on one of the gates saying that the site is to be reclaimed as saltmarsh. Not a strictly accurate phrasing as the area wasn't saltmarsh before the plant was constructed. No doubt all will be tastefully landscaped to remove any trace of the industrial past and a habitat created that fits the current conservation guidelines in keeping with the sanitised version of the landscape we are expected to accept. 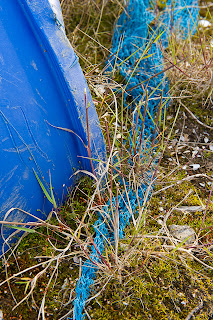 I find it both fascinating and reassuring that nature always reclaims land that man builds on, given sufficient time. Consider how quickly airfield runways from WWII became grassland. Not for nothing did my parents call willowherb Blitzweed. The intrusion of plants and animals into the built environment, and the way they take it over if allowed to, is an interesting subject for the camera.

On another note I have been considering a way to collect together what I consider my better photographs in one on-line location. Flickr is fine as a dumping ground to throw things up to look at for consideration, or as an easily searched archive, and it's great for hosting photos to post on forums. But even using sets and collections it doesn't encourage careful editing.

I looked at some free and paid for galleries, but didn't like them. I considered making and hosting my own, but couldn't find a flexible enough way to change images. Then I wondered if Blogger could be used.

It's by no means perfect, but by messing about with the controls I think I might have come up with something usable for the time being. Still very much under construction, what I am playing around with can be found at davelumb.blogspot.co.uk.

This exercise has made me realise how difficult the selection process is and how few good photographs I have made. Must try harder.
Posted by Dave Lumb at 10:02