There's a minor internet storm going on about a prize-winning photograph which was apparently 'inspired' by another. Same location, same aspect ratio, similar composition. To my mind that's not being inspired. Inspiration is wishing to go out and make something which has similar properties to an image that moves you. Or maybe even aping an image unconsciously. We have all seen so many photographs now that unconscious influences are inevitable.

Sometimes we see something that reminds us of a previously viewed photograph. The similarities may be subtle. Maybe we register them, maybe not. The photograph we make may be made with the remembered image in mind or it may not.

During my last visit to the sandplant I made a picture which I was aware reminded me of a famous, and in its own way now controversial picture. 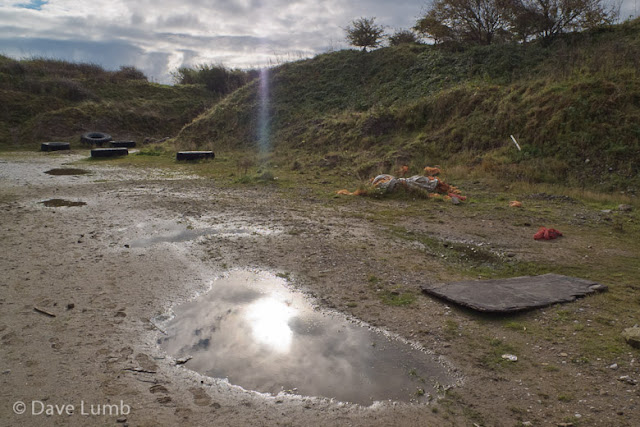 It is by no means a replication of the Roger Fenton photograph(s). Nonetheless I was conscious of the bank to the right and the debris strewn across a rough surface when I framed the shot. Unfortunately I failed to frame things so the eye was kept from wandering out of the left hand edge of the frame.