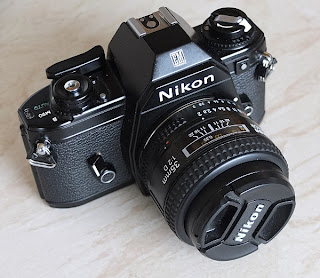 Back in May I picked up an old film camera for £25 and stuck a roll of XP2 in it. I fancied the idea of using my range of lenses for some flm shooting instead of being stuck with the option of 50mm or 135mm with my Pentax.

It took me a while to use the film up and today I finally got the film back - after a month.

You don't get much for £25 these days and the camera proved to be a slight disappointment. When it was good it was great. The meter worked fine. The fly in the ointment is a light leak. Only some frames were affected. It seems to be the early frames on the roll that are most affected. I'm guessing that the leak wasn't severe and if I loaded and used a film within a day it wouldn't have been a problem. As I'm not intending using lots of film I shalln't worry about it and the camera can join a pile of others in a cupboard. 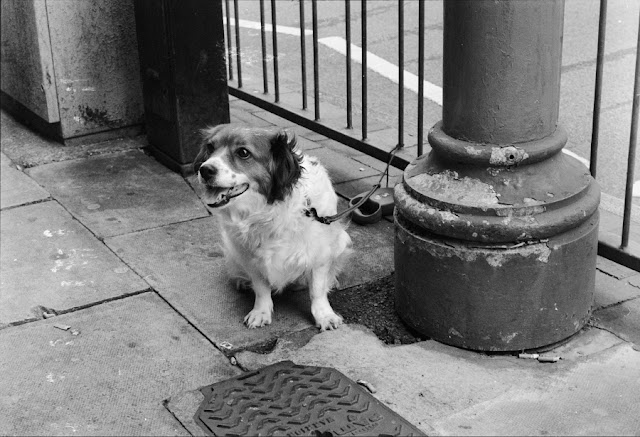 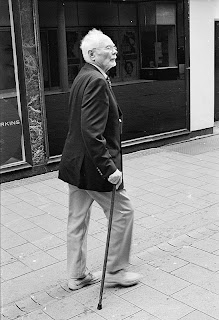 My old Pentax still has a film in it from around May too. Much as I'd like to finish the roll off digital is too tempting for its speed. Which wasn't a problem when I developed my own films as I could have the negatives ready shortly after using the film up. It's the having to send away and wait that is the frustration.

While rummaging around in the camera cupboard the other week I found an undeveloped roll of slide film and a compact with a part used roll of the same and a dead battery. I bought a battery and finished off the film. I'm still waiting for those two to be developed. They're both at least six years old so the results could be 'interesting' to say the least!

Looking at the scans from the B+W film today I'm not all that sure that the 'look of film' isn't more to do with the frame size as opposed to some magic in the film itself. To me, it doesn't look much different to the results from a 'full frame' (FF) digital camera.

I think what really appeals to me about using film cameras is their physical size, and the way you consider each frame more than you do with digital. There is also something engaging about having to physically advance the film after each shot. I can see why some people enjoy the process of shooting film. But for me the rest of the process now seems rather archaic.