Yesterday was another of my cultural visits to Liverpool. Despite there being a bitter wind with threats of snow causing me to refrain from dawdling I managed to snatch one shot that has something going for it in a minimal, graphic kind of way on my way to the Open Eye Gallery. 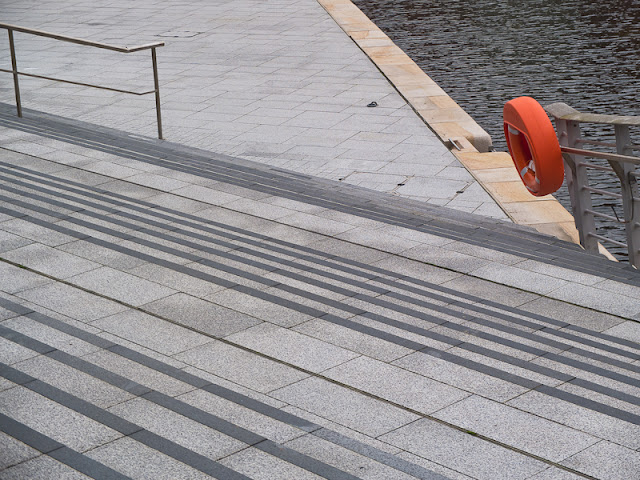 The exhibition I wanted to see was that of the landscapes of E. Chambré Hardman. The prints were a totally different experience to seeing the pictures on the web. Not so much because of the change of scale, but because some seemed to be printed in a fuzzy, painterly, way. I'm still not sure I liked it.Nor was I taken with the rustic romanticism of a few pictures. The quarry and cooling towers were more my kind of thing.

The other exhibition was in a modern vein. One piece that stood out as less contrived (although it was a composite panorama) was Tabitha Jussa's Eldon Grove. I guess when it comes to 'landscape' photography I lean towards a documentary style in my preferences. Which is probably why I picked up a book that was in the gallery's sale. I've been thinking of buying a copy for some time but having a chance to flick through the pages made up my mind. A Landscape of Wales by James Morris is a far from romanticised view of the principality, yet it isn't sneering either. The photographs are just what they are. 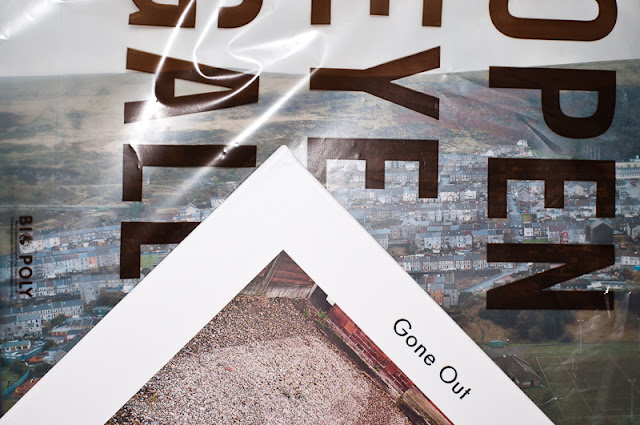 Talking of books, my printed version of the pictures of dry patches arrived today. I was wondering how the photographs from the X10 would reproduce in the laser printed form I assume is used by Blurb. I think they've turned out pretty well with none of the blocked shadows or lost detail I had feared might occur. 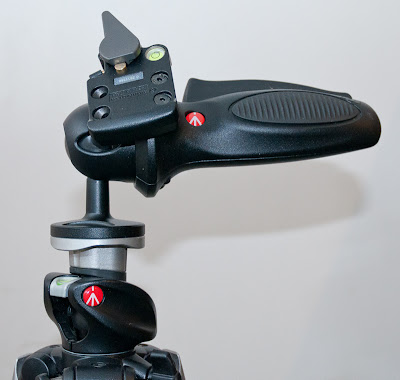 With using a tripod more frequently of late the ball head I have was frustrating me. Framing my shots is the only technical aspect of photography which I obsess about. Having a camera 'droop' after the head is tightened drives me nuts. I'd thought about getting one of the pistol grip heads but wanted to try one out beforehand. Luckily for me I bumped into a friend of mine who has one last week when we were both out with our cameras, so I gave it a whirl. I was impressed enough to get one for myself.

Me being me, however, I have swapped it round to operate left handed and back to front! I got to try it in anger at the quarry last time I was there and it worked a treat. I can grip both the trigger and the camera to line everything up just right. And there's no 'droop' either.

After posting the previous blog entry I made a larger jpeg of the first picture and set it as my computer's desktop. This has become one of my ways of seeing if I can live with a picture. In this case having it fill the screen completely changes it. The intricate details that drew me to make the shot are clearer, and it makes a lot more sense. So much so that it's making me wonder if an A3 printer might be a sound investment. There are times when I'd like to see a print that's larger than A4.