One thing I hate is having doubt put in my mind. Eric Weight had mentioned to me that all my pictures looked cool - as in colour temperature rather than trendiness. I had sort of noticed it, particularly in the beach pictures, but it hadn't concerned me. Maybe I was accustomed to the look and it seemed right. Whatever the case it got me fretting. I went back and reprocessed some shots and they did look 'better' warmed up. Of course winter light is cooler than that of high summer, but looking back through some shots from last August has shown that they, too, benefit from a shift to the right of the WB slider.

By chance I stumbled on a blog post by Neil Turner which discusses the slippage of camera white balance over time. I'm wondering if my two most used bodies, which are both old in technology terms, have gone cooler. Then again it could be a Nikon thing as some of my 'cool' pictures were taken with cameras which were fairly new at the time. Perhaps Nikon's are cooler than Canons...

I'd been adjusting white balance manually for some time, either to a specific value or using one of the camera's presets. Was that the  cause? I switched back to auto WB and tried some test shots. No difference. Finally I decided to fiddle with the auto setting a bit more. Adding a touch more red/yellow made a surprising difference.

Today was my first chance to get to the beach. I didn't stop long because the wind was cutting right through me, so I didn't make any worthwhile contribution to my collection of beach photographs. Just a couple or three more of groups of people spread across the sand with either a lot of sand, or a lot of sky, filling the frame. What I did do before starting was check the colour of the sand against the colour it appeared on the camera's screen. Switching the WB settings back and forth proved that the default setting was noticeably cooler than what my eye was seeing. 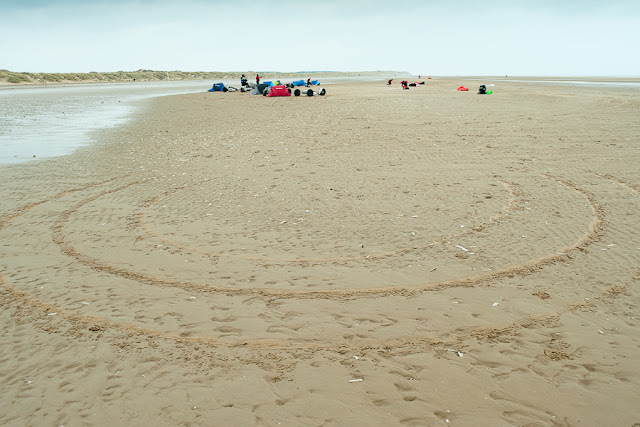 Back on the computer I gave things a slight tweak to remove some magenta that had slipped in accidentally and was pretty happy. I also dropped in some virtual neutral grads - which seems to work just as well as real ones and is a lot less hassle. Provided the sky isn't completely overexposed, that is. I also like to slightly darken the bottom of some shots. It's all too easy to darken things too much, which I think I have with both the pictures here. However, it is easy enough to go back and alter the file at anytime. 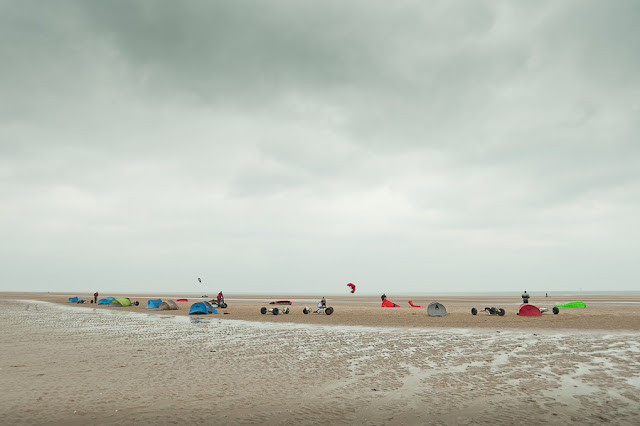 With a bit of luck my photographs from now on will be all warm and cheery. In colour temperature if not in subject matter!

After warming myself up as well as my photographs I set about another experiment. I wanted some detail shots of rods for my fishing/business website. In the past I have used my macro lens but in all honesty it's overkill and I've been contemplating moving it on as my interest in chasing insects with it has dwindled. Would an extension tube or two suffice when attached to a short telephoto? I gave it a try with my new 'studio' set up.

Resting a rod section on a chair gave enough distance between it and the floor to ensure a smooth background, further enhanced by using the white back of a vinyl year planner as a backdrop. Camera on tripod, focus and stop down, compensate the exposure and trip the shutter with a cable release. Bingo. Certainly good enough for my purposes. Probably too good. I didn't notice the dust on the varnish until I processed the file! 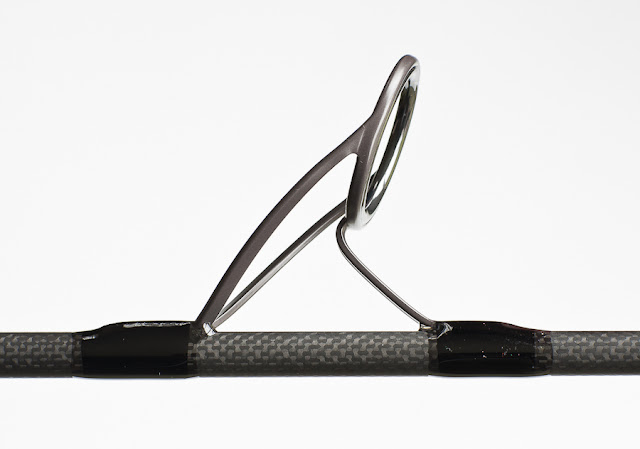