It's not just me

Seems like I'm not the only one who has issues with the viewfinder of the X10, Paul Russell admits to fewer keepers owing to messed up composition than with a DSLR.

Thinking about my recent local pictures I was glad I'd tagged a load of old files a few weeks back making it easy to pull up most of the pictures I already had from the village. These fell into two sorts; scenes and abstractions. Abstractions in the sense of tight but recognisable framings, which seems to be how I see things in general. The big picture and details.

There was one I found which I think I had overlooked earlier, but which now feels like it works because of it's cutting off of elements at the edge of the frame. It isn't always necessary to include all of an object in a picture in order to suggest its whole. Our minds extend the picture outside the confines of it's frame. 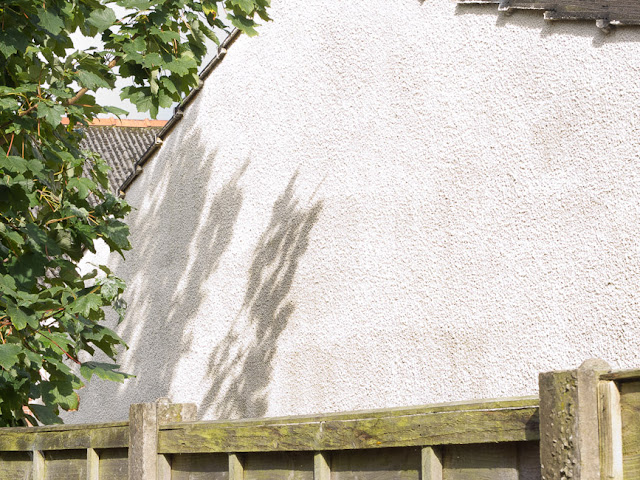 I was struck by the paradox that the broad scenes are more specific - and understood differently by those who know the places depicted, while the picked out details might be understood similarly by anyone because they don't refer specifically to a location. Then again, the context within which the pictures are viewed, and the way they are presented also affects the way they are perceived.

Rained off today I fiddled with the presentation of the quarry pictures. I think with some success. Leaving them alone for a couple of weeks certainly made things clearer. There might be more to do. So more thinking space is required.

Looking at other people's photographs often gives me encouragement that what I'm doing isn't complete random nonsense. Reading what photographers have to say about their ways of working can do the same. There is a school of thought which dictates that simply wandering around shooting stuff is stupid and will not result in good work. This is not a view I hold to, so it was encouraging to read William Eggleston saying that he just goes out and shoots without really having a project in mind, just having camera along wherever he goes. I must have read this before but it only resonated with me yesterday.