My local tackle shop would make a good place to base a project around. It's a family run business, father and son working  together, mother and daughter-in-law helping out plus two/three part time staff. A shop where the regulars (including myself!) pop in for a natter, hang around for far too long spending little most times might sound like a recipe for doom in the on-line age, but they have a web presence which is growing. So far the shop is demonstrating that the small independent tackle shop can survive in the face of megastores, discounters and web-only businesses.

From a photographic perspective there's a lot goes on during a day, then there's the customers - a  cast of characters straight out of the big book of northern clichés. It's a pity the boss keeps threatening me with violence every time I point a camera at him - which is why I hid behind the scales when he was weighing stuff out! 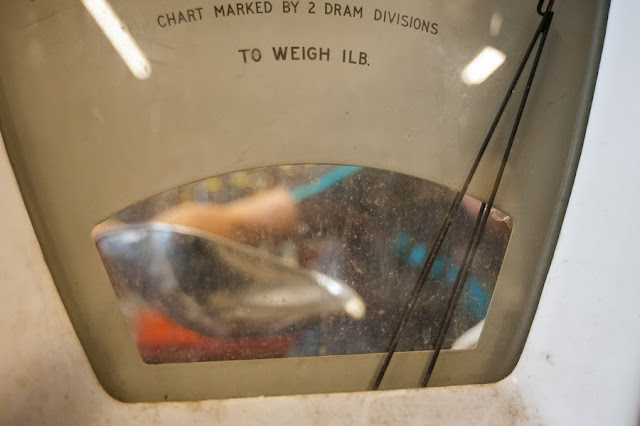 My next port of call yesterday was the camera shop, one of a small but growing local chain. As with the tackle shop it survives by providing good service and competitive, if not the lowest, prices. The reason for my visit was to return something which hadn't lived up to expectations - and wasn't suitable for one of its uses (although not a use I'd be likely to put it to very often, if at all). There was no quibble over the refund. Then I asked i I could look at a lens, making it plain I wasn't buying. True to form the manager saw the potential for a sale and  told me she had the display/rental lens on offer...

Since I've been using the G2 with the 14mm lens attached a lot of the time I've come to see the world with that perspective: finding it not much different to that of the 35mm which has become my 'standard' lens on 'full frame'. So it was I clicked the 28 onto may camera. The new lenses might be bigger and bulkier than their older counterparts, but they focus snappily and quietly, and they don'[t weigh much either. Some gear snobs will decry their plastic outer construction, but both fishing tackle and cameras have taught me over the last thirty years to forget the idea that plastics are fragile.

I remember a Canon film camera bouncing off a concrete paving flag shortly after I had bought it with just a scratch. It was still in perfect working order many years later after rattling around in my rucksack. Where plastics flex, metals either crack or deform permanently. To discount a lens on the basis that it's cased in plastic is plain stupid. The rigidity for keeping the important bits, the lens elements, in alignment is just as good with plastics as it is with metals too. Give me a light weight lens over a heavy one every time.

What I wanted to check out in the lens was it's weight as much as it's performance. It certainly was light enough, even if a little bulky, but with a 1.8 aperture it was never going to be tiny. Sharpness doesn't bother me. Despite all the crap I've read about lenses on t'internet I've yet to buy one that hasn't been sharp enough for me, or one that hasn't focussed accurately. Judging by the comments on forums I must be really, really, lucky. Sure I get shots where focus is off, but it's down to the autofocus system, not the lens. Sometimes even a good autofocus cocks up. The lens I was looking at supposedly has a 'focus issue'. Well it managed okay for me.

Another thing I wanted to check out was how close it focuses. Reading what the minimum focus distance is isn't the same as poking a camera at something close up. The real world test shows you how much of the background is included in a shot. This test was passed. 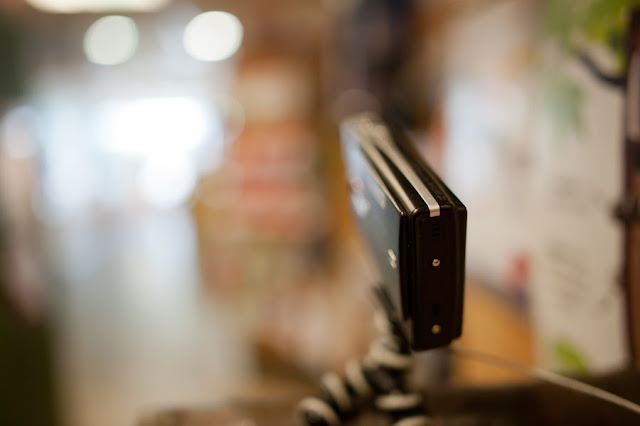 More importantly than being sharp the test shots 'looked' good. I guess it's a combination of contrast and out of focus rendering (bouquet or whatever the nerds call it...) plus the colours a lens produces - Sigmas are definitely different to Nikons in colour rendition . The overall 'look' of the shots seemed fine to me. It would be a great lens to use in the tackle shop! 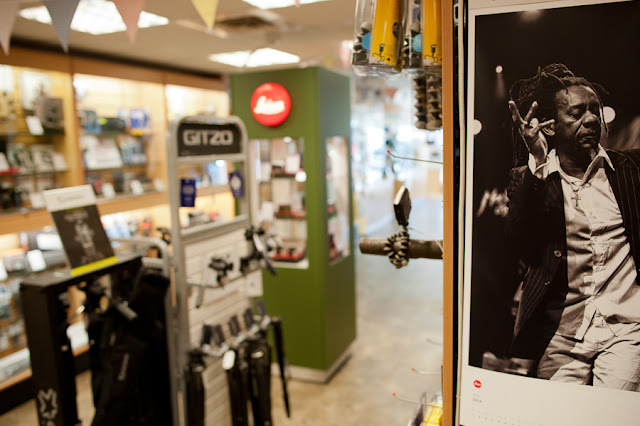 Of course I don't need this lens. I'm certainly not considering purchasing it. Not until I've offloaded a couple of my existing lenses at any rate. It appeals to my urge to pare things down - heading back to the meagre selection of lenses I had for my Pentax ME: 28mm, 50mm, 100mm. I wonder if that's nostalgia or logic?