The trouble with looking at photographs is that every now and then you see something that makes you want to photograph it, while instantly seeing that it resonates with a photograph, or the work of a photographer, you admire. But is that a reason to not take the photograph?

I saw the red box in a corner, I recalled William Eggleston's pictures, I made the photograph anyway. 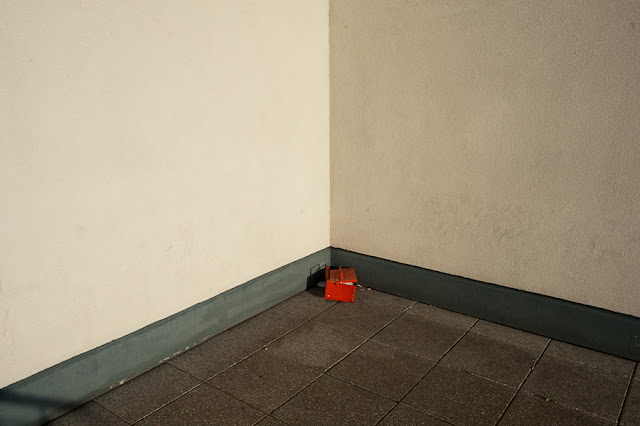 Coincidentally I'd made another frame earlier which involved similar colours. 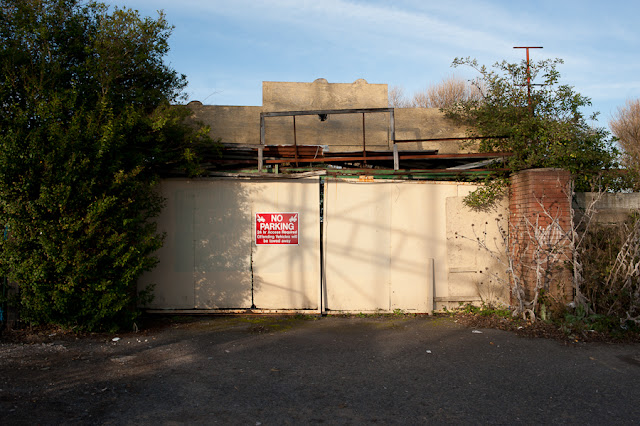 It's strange, but when I tried to make colour photographs back in the days of film I could never get to grips with it. I'm not sure if it's the immediate feedback that the digital screen gives which has helped me see in colour, or the fact that there is much more serious colour photography to be seen these days. Back in the late 1970s and early 1980s black and white was still the chosen medium of serious photography in mainstream circles despite it being the time we now consider when colour was breaking new ground.

It was certainly the case that the 'contemporary' artists I learned about at college where those who had been working ten or more years earlier. I guess this was, and still is, because it's difficult to know the true worth of work being created right now. Much of the bleeding edge will inevitably be dismissed as rubbish no matter how trendy it is or how high a price it can command.

How art comes to be judged is a theme of the current series of Reith Lectures being given by Grayson Perry on Radio Four. Well worth a listen, or a read of the transcripts. Lecture three of four is next up on Tuesday.

When asking what constitutes art Perry admits that photography is problematic. I suspect that painters (and potters!) have trouble with photography because unless the subject is arranged it is too simple. All you do is put a frame around a portion of the visual world which the camera records opto-mechanically. It is why artists have to manipulate the process of photography in some way - by creating a working methodology, making things to be photographed, altering the image in some way, making photographs which somehow critique the medium (the inevitable self-referential irony of post-modernism,)and so on.

For photographers it is the apparent simplicity and relinquishing of craft which makes photography so challenging. You have to use what the world throws at you. Unless you 'cheat' you cannot make the sky green if that's the colour you want it to be to work against the rest of the scene like an Expressionist painter can.

That's how I'm thinking today. Tomorrow I might have changed my mind! 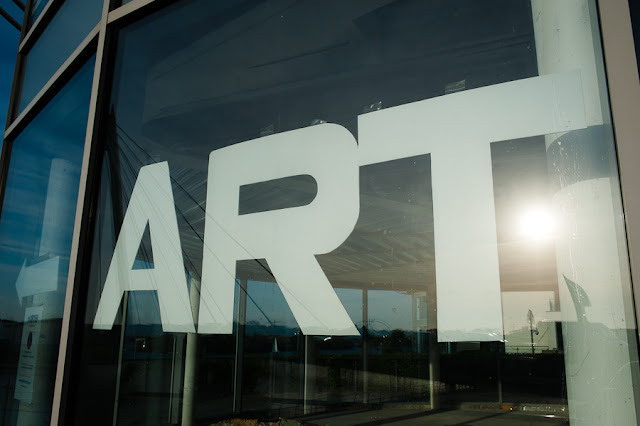