It doesn't have to be art

Taking a walk by the canal today I was reminded how easy it is to ignore recording things that we take for granted. Things which have been there for as long as we can remember, which we assume will be there for evermore. When I took some photographs down there back in April things had changed since I was younger. Some of the mill buildings had been demolished. 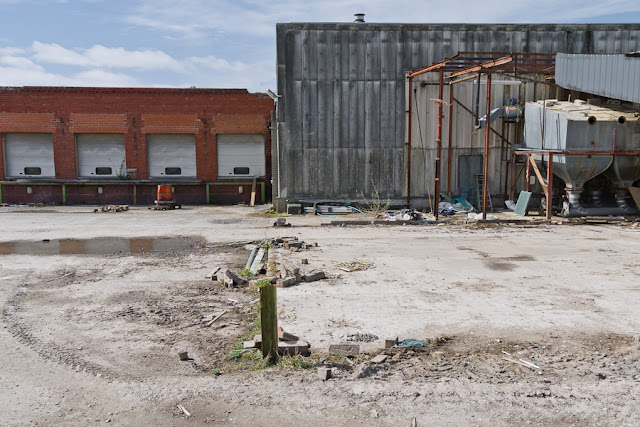 Not long afterwards I read of plans to redevelop the site for housing. But that went out of my mind until today when everything looked much different. 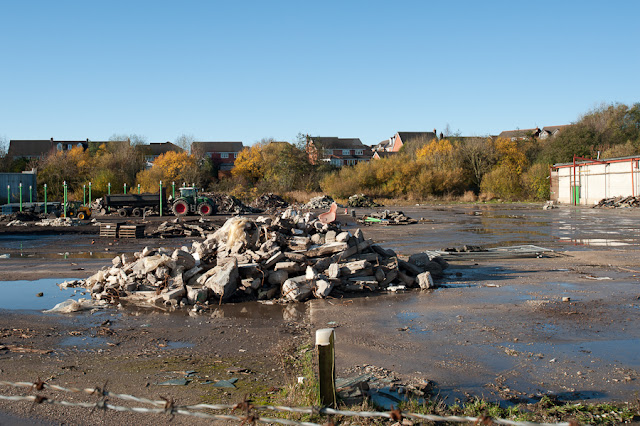 Working from memory I couldn't make  picture from the same viewpoint. But that's not necessary when the purpose is to record change rather than make pictures which lean towards expression. Photography isn't just about making striking images, it also has functional value. It is a many faceted medium, which is its attraction for me. The same tool can be used to make art, to document, to make comment and to sell. Amongst other uses. Used well it can combine two or more of its attributes.

The way things, and light, change can (when ignored) lead to photographic opportunities being missed. Far too often I have driven past something and thought it would make a good picture, intending to return at a later date. Often this has been repeated. Sometimes in order to wait for the right light, but usually through laziness. The other day I drove past a tree I had in mind to shoot and saw a new road sign had been erected right in front of it. The lesson I doubt I have learned is that when you see something to photograph, that's the time to get the camera out. Although Sod's law will most likely come into play.

Yesterday I took a walk to the village an hour before dark. Not planning on making any serious pictures, so taking just the X10. On my way home, in a spot I have passed many times before, something made me notice a view that appealed to my banal preferences. Maybe it was the light that made me stop. I took a shot, which I knew would be technically flawed as the light was going. It would serve as a sketch though. I could go back any time and get the same viewpoint. In fact I planned to do that today. 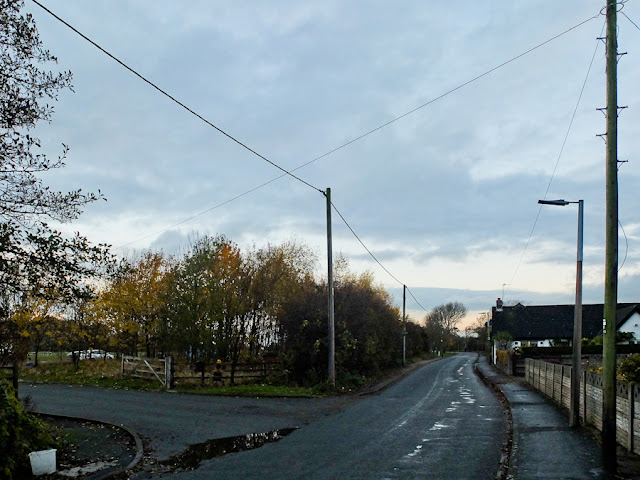 Not only did I venture out earlier, but the weather had changed dramatically. The mood had changed with it. So I took one shot as another note and reminded myself that I must strike while the iron is hot in future. And to take a print with me of a view I wish to replicate so I can get the framing closer. 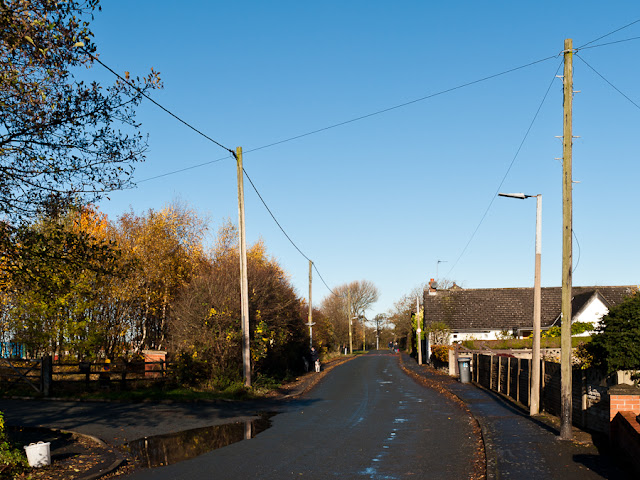 Some good has come from this failure. I have got an idea of the kinds of pictures I would like to make of my locality. It's been a long time coming, but I think I now have some inkling of how I could put together a set of local views. The trouble is I'll run into the old problem I have of not carrying out these well formed plans. The pictures I have already made in my head are much better than any I'm likely to make with a camera!