When I saw these pictures of London commuters I was immediately reminded that I had seem something very like them over on The Online Photographer. Sure enough a search for 'commuters' on TOP revealed this. I knew the pictures on the Guardian site weren't the same ones I'd seen back in 2012. Not just because I knew they hadn't been shot in London, I had Japan in my head for some reason, but because they looked different.
Such is the way of the world, and the internet in particular, that ideas often get imitated (consciously or not) with the follower getting the acclaim. Sometimes an imitation will take the concept further, but mostly it will lack that indefinable spark that made the idea work well.

At the moment that spark is what I'm lacking. There's no shortage of enthusiasm for my watery project, just free thinking. I've got stuck in a rut of making pictures of the subject rather than about it. Poor timing didn't help the shot below. An hour earlier and the sun would have been further round to the left lighting the pumping station more from the front and also keeping out of the top left of the frame where it blows the sky. As a scene setter the composition isn't too bad, so another trip is in order. 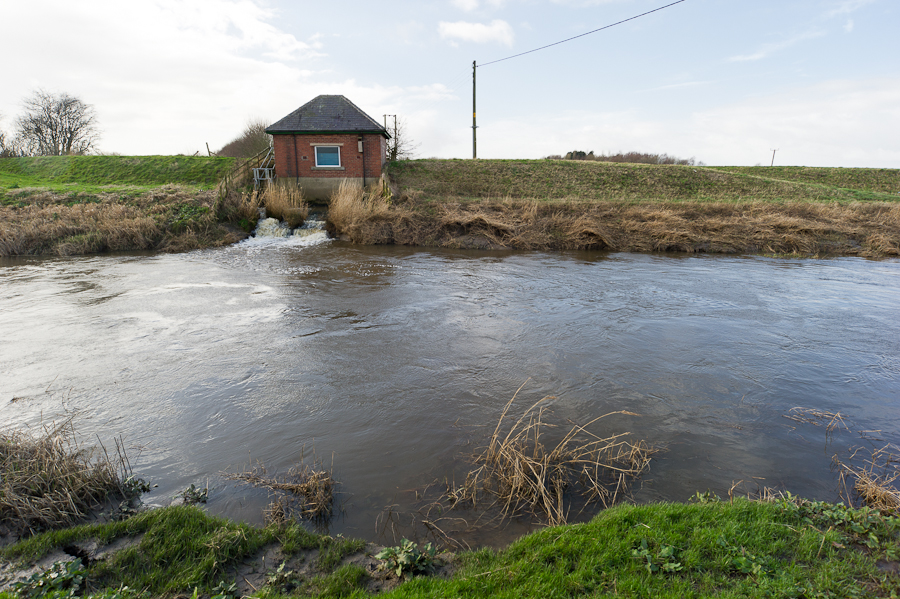 It's still a picture of a pumping station though. This is the perennial problem I have. As soon as I start planning a project my ideas get rigid. When I first took photographs on the theme they were spontaneous - because they were being taken for their own purpose and not to try and make up a bigger picture.

Once I have an idea of the concepts I'm trying to depict I start to get literal. The idea behind the next frame was to juxtapose the need to conserve water for irrigation with the requirement to drain the land by having a reservoir and a digger in the same shot. All too obvious. 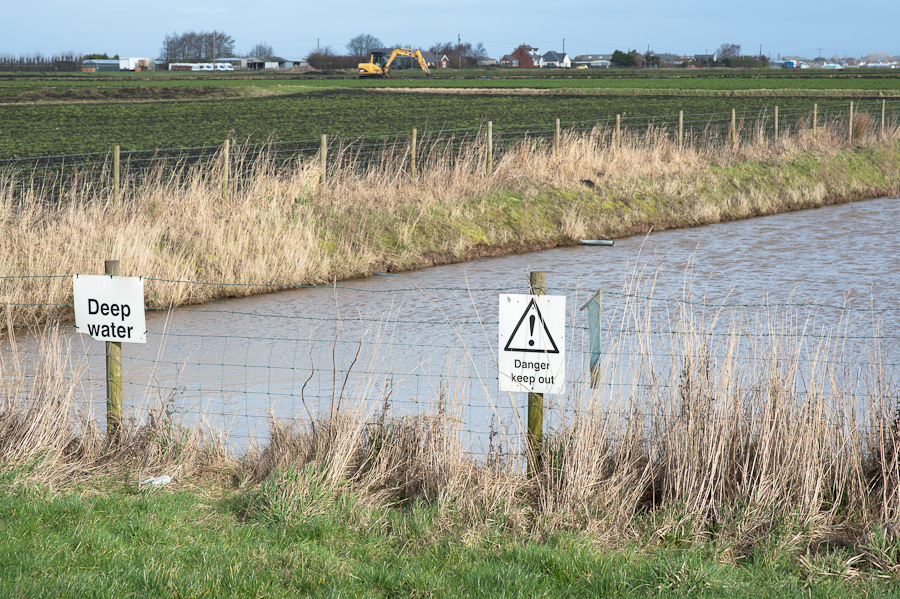 Although the third picture was taken as a 'landscape with turbines' it actually shows a fairly recently cleared out ditch. Sort of. Piled up dredgings are visible behind the brambles. It's in a style that I've found myself  adopting where an important part of the photograph's subject is both out of focus and partially hidden by the foreground visual interest. This more obtuse approach is more what I'd like to be doing rather than the literal documentary approach of the final picture taken of the same ditch. But freeing my eye to see these sorts of pictures when my mind is concentrating on a theme is difficult. I need to get 'in the zone' - and the best way to do that is to keep on shooting and photographing becomes a Zen thing! 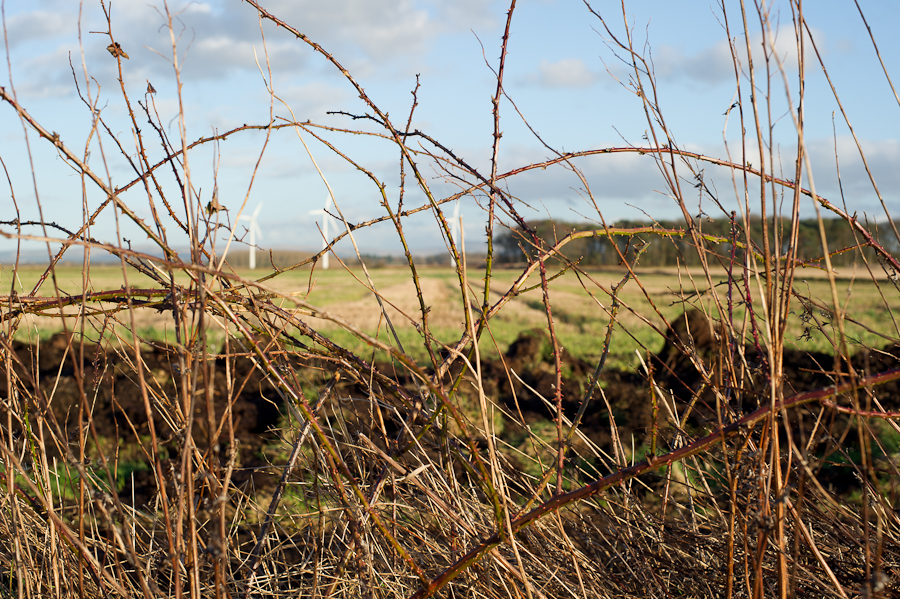 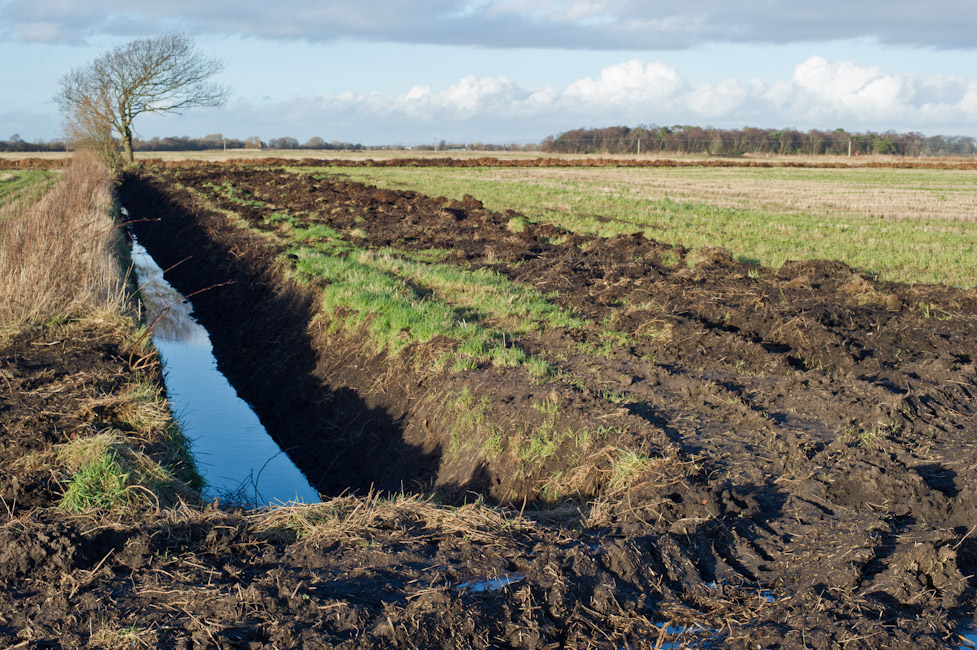