I've missed a few exhibitions through putting off travelling, but with just a few days left for the Tom Wood landscape exhibition it seemed as good an idea as any for occupying a sunny, workless, day to take a trip to Llandudno. A seaside town different in character to Southport. There's a pebbly beach with water up to the prom for one thing. It still gives the same colour cast 'problems', though, when I make the same nothing shots of the sea. 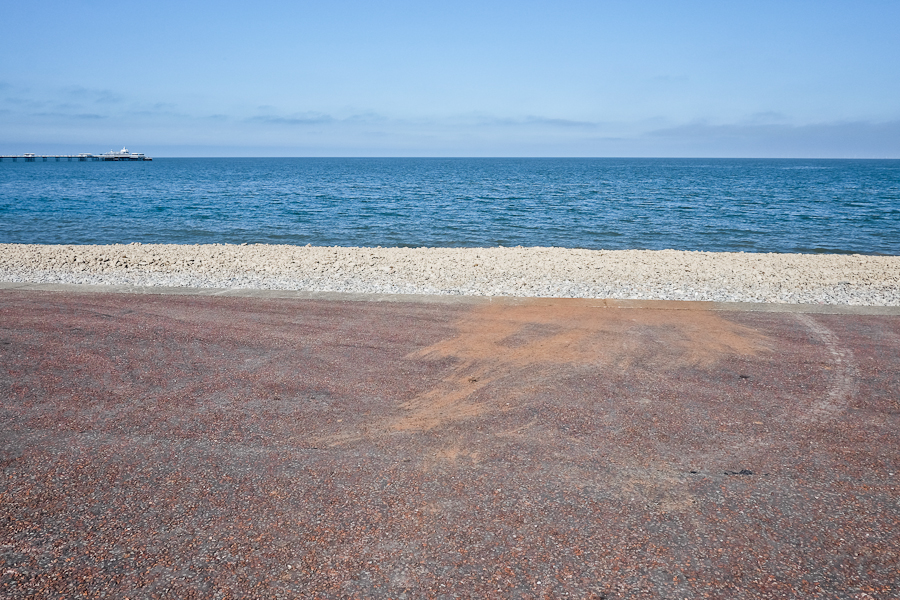 The pictures were on show at the Mostyn gallery, which is a ligght and airy space. A bit too light on a sunny day, making some of the framed prints difficult to see and the videos all but impossible. While I like Wood's people pictures I found the landscapes even more enjoyable and interesting. Some of them are really quite complex and there is something special about a well made panoramic photograph. To me panoramics work best when they are made with one shot rather than the faux-panoramics made by stitching shots together digitally. I have a feeling it's because a panoramic camera provides a viewfinder which frames the entire shot rather than an educated guess being made. I could be wrong. The panoramic camera hasn't been used just to show sweeping vistas, it also pictures interiors and landscape details with it's unique perspectives. The sweep panoprama feature of many digital cameras replicates this, but the pictures are composites which don't always align perfectly. I tried to make one of the exhibition as a nod to the show but bits went all jagged. 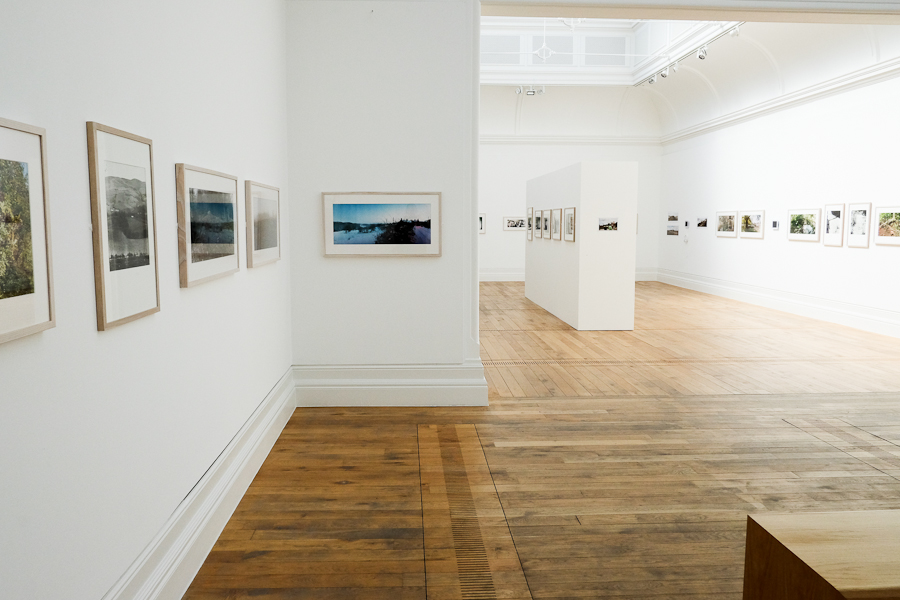 There were two prints which initially made my heart sink. The subject matter reminding me of some of the pictures I made in the quarry last year. Then I perked up realising that I'd made my pictures before seeing these - and had I seen these pictures first I might not have made mine the way I did. They also gave some sort of validation to my pictures in regards subject matter. 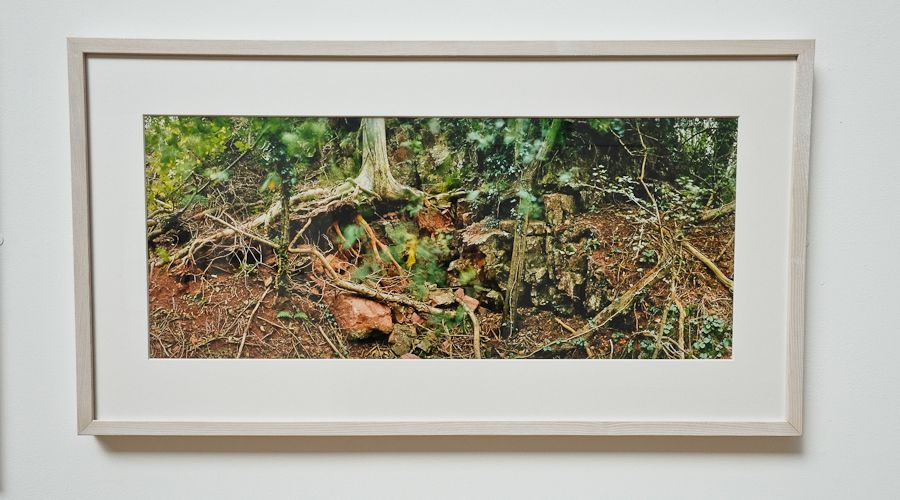 Having travelled so far I spent over an hour in the exhibition and the more I looked at the pictures the more I saw in them. I had a chat with one of the gallery staff about the pictures and the photographer (who I'd apparently passed on my way to the gallery), making her day when I told her I wasn't just visiting while on holiday but had made a special journey to see the show. It seems they get a lot of negative comments in the visitor's book from people wanting to see 'pretty pictures' rather than some of the contemporary art they show.

Still with an hour on the parking ticket I wandered along the prom making seaside snaps before struggling to find my way out of town before the border crossing closed for the night. 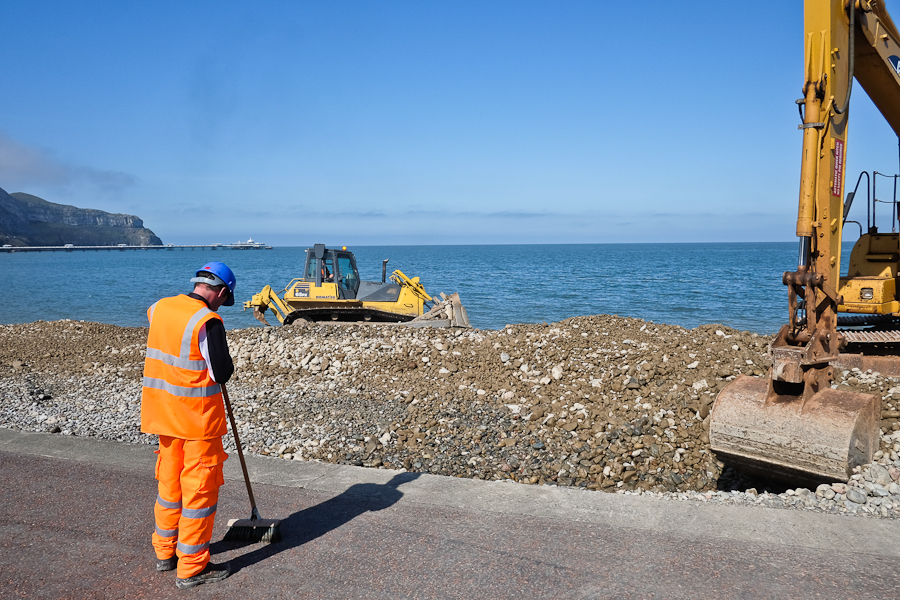