Despite the sunshine disappearing by the time I arrived at the seafront, focussed on getting some 'parking' shots I persevered and was rewarded by some late light. As usual I got a little sidetracked, but still managed to find some shots which will make a part of the project. Doing so gave me more clues as to which direction to head in. 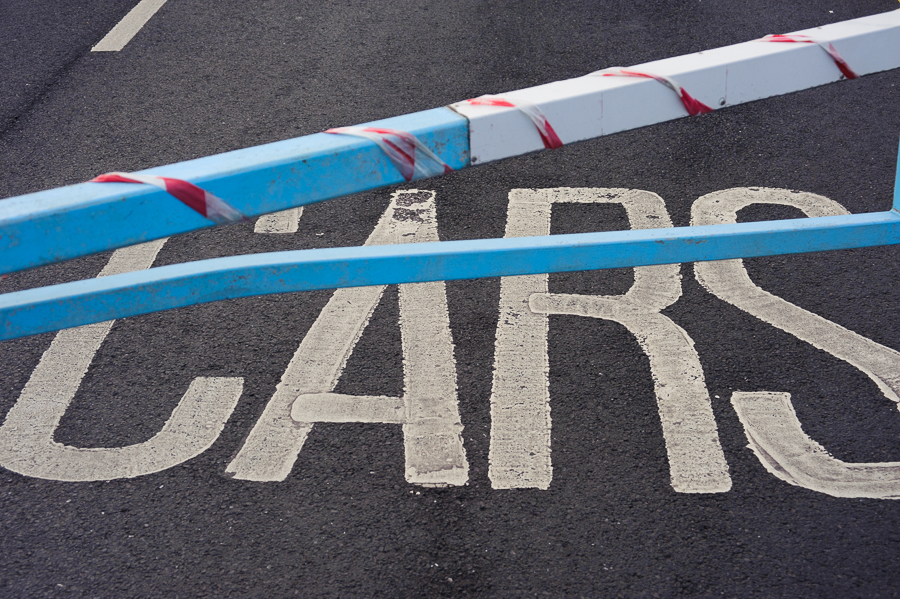 The overall theme behind the project is one of irony and contradiction. The motor car has given people great freedom, yet when you reach a destination that freedom is restricted and herded and corralled into set areas.This fits in nicely with my strange obsession for taking photographs of road markings and tarmac in general!

I doubt there'll be much in the way of traditionally composed picture making with the signs and symbol pictures. I'm trying to treat them in an abstract or confusing fashion to make these commonplaces appear uncommon. But that might defeat me. The signs and symbols are only a part of my overall concept. Wider views of deserted and closed parking spaces - which I have already been photographing without knowing quite why - are another part. Then there will be cars and people with a bit of luck. I have a loose vision of what I'm after, more a feeling. Which is how I like things to be. Let the work decide its own direction with just a few intentional nudges. 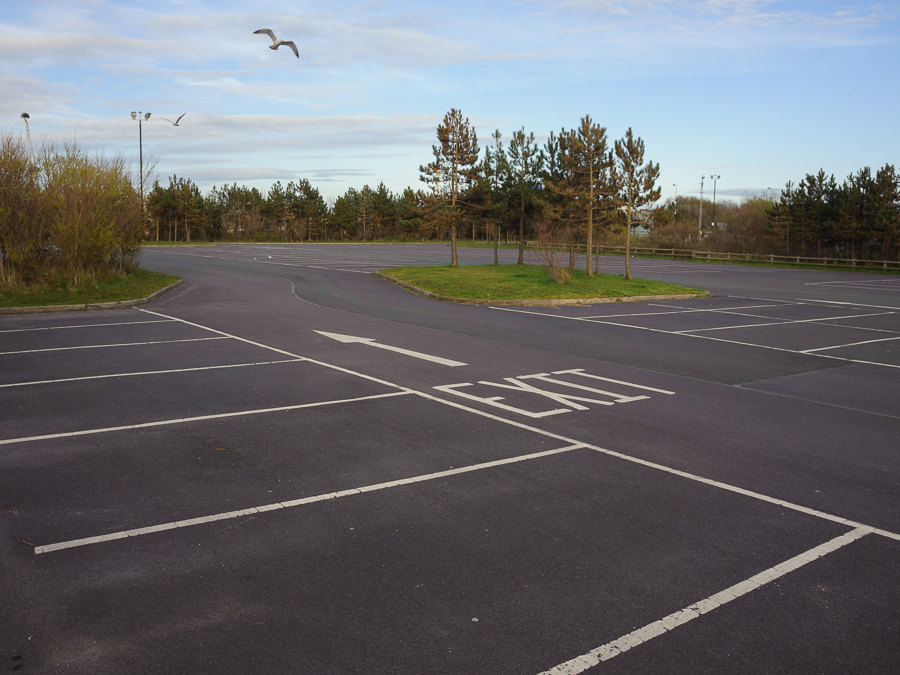 At least the subject mater can be found almost everywhere and isn't weather dependent. It remains to be seen how long it takes before I get bored with it. I'm enthusiastic at the moment, but that means little!

Naturally enough I ended up on the seafront itself as the sun began to sink towards the horizon. The quality of light being difficult to capture with a camera. 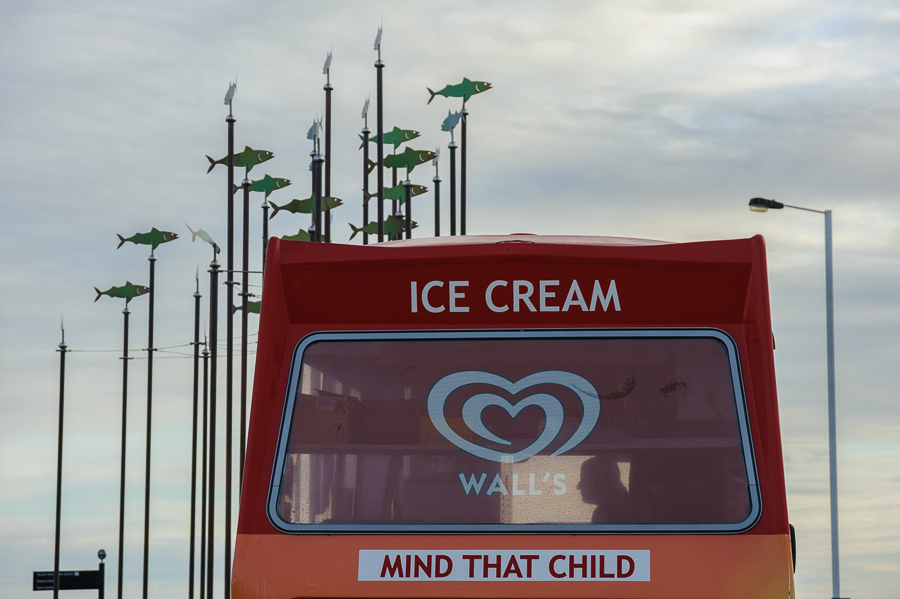 As I find trudging around with a couple of big cameras and lenses increasingly tiring the lure of small cameras is strong. Still the 'look' of their files in comparison to those from the bigger sensors lacks that intangible something. So I used a big camera, but with one of my 'cheapo' zooms. That was all I took out. No bag, no filters, no tripod. Once more it produced pleasing results which satisfy me for the way it renders pictures and for sharpness.

The more I find my way around the Lightroom update the more I'm liking it. Apart from the improved image processing the print section seems to have been improved. With the old version I struggled to vary the print borders while keeping the aspect ratio fixed. Probably some trick I missed somewhere. In the latest version the ratio stays fixed as you scale the image area. Result! With a recalibrated monitor and messing about with printer profiles I am getting prints which satisfy me. And the one thing I am fussy about is the colours. So it's pleasing that I've Googled up a way to make the colours in files from other camera manufacturers a close match the ones from my Nikons without having to fiddle about.

It always surprises me when people say they can't be bothered using software to process their photographs. Sometimes this is through technophobia, probably always, sometimes hidden behind some weird reverse snobbery of 'getting it right in camera' and it being 'cheating' if you have to process your images. Pah!! Then there's the excuse that they don't have the time to waste sitting at a computer - this is usually typed on a computer while they are sat looking at a time-sucking photography forum! For me the processing is almost as important as taking the pictures in the first place. Perhaps these fools don't actually know what they want their pictures to look like - unless it's 'stunning' with all the sliders pushed to eleven. Which this one certainly isn't. 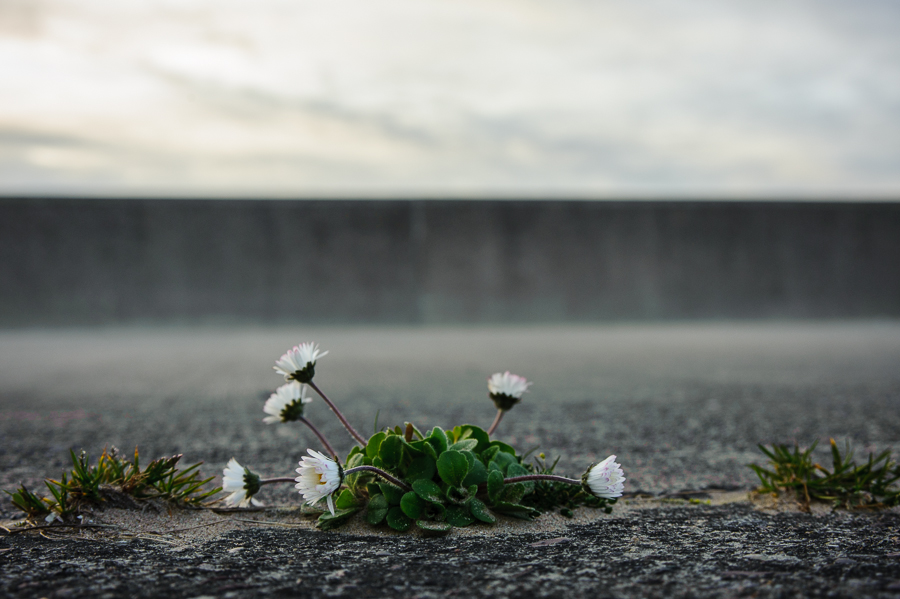 Even the bokeh can be quite nice from 'El Cheapo'.