I've just skim-read a post on the Open eye blog about environmental photography which goes on about how photography can be of use in countering the harm humankind is doing to the planet. In some small ways at local levels, maybe. But the relentless march of progress can't be stopped. Trying to turn back the clock by taking photographs seems futile to me. Perhaps an odd stance to adopt for someone who is interested in the way artificial and natural environments interact. The difference being that I'm not an ecological evangelist. To be honest conservationists get my back up. I like the way plants beat tarmac every time in the way paper always wraps stone. Instead of photographing the damage people do to nature I look at the way nature damages human handiwork. Show a seed a crack and it will germinate in it. 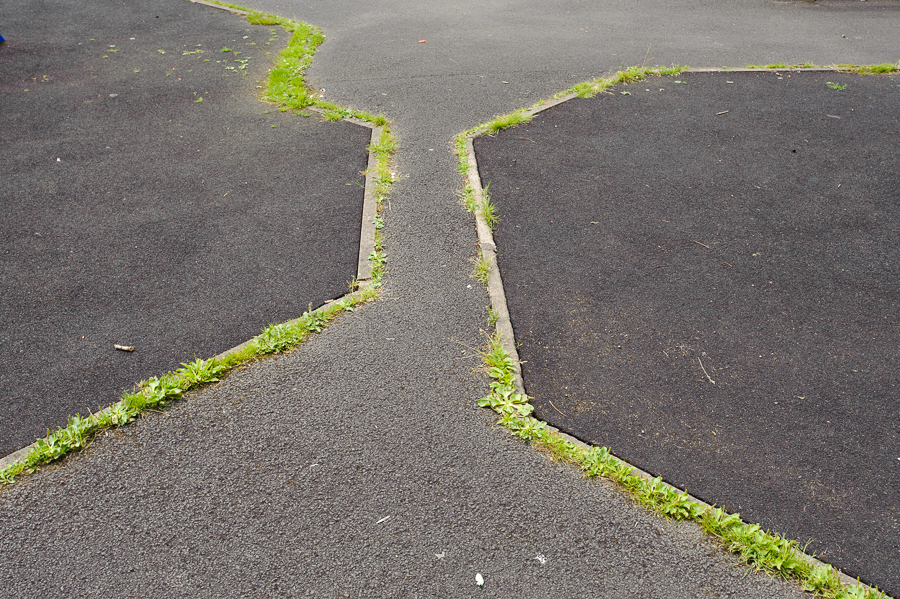 This attitude was also brought home to me when I saw the work of Mandy Barker who collects flotsam and jetsam to photograph to highlight the plight of the world's oceans. She also posts a ball a day on a blog. I also photograph balls, but only because I'm interested in the way they turn up in all sorts of places. Maybe there's some unconscious motivation behind it, but to me they're just pictures of lost balls. They're a device to practice picture making on. And making pictures is what photography's all about. Photographs aren't real or honest. They're artificial - from the most truthful Cartier-Bresson to the most manipulated Gursky they hide as much as they reveal. But they're all nothing more than pictures. 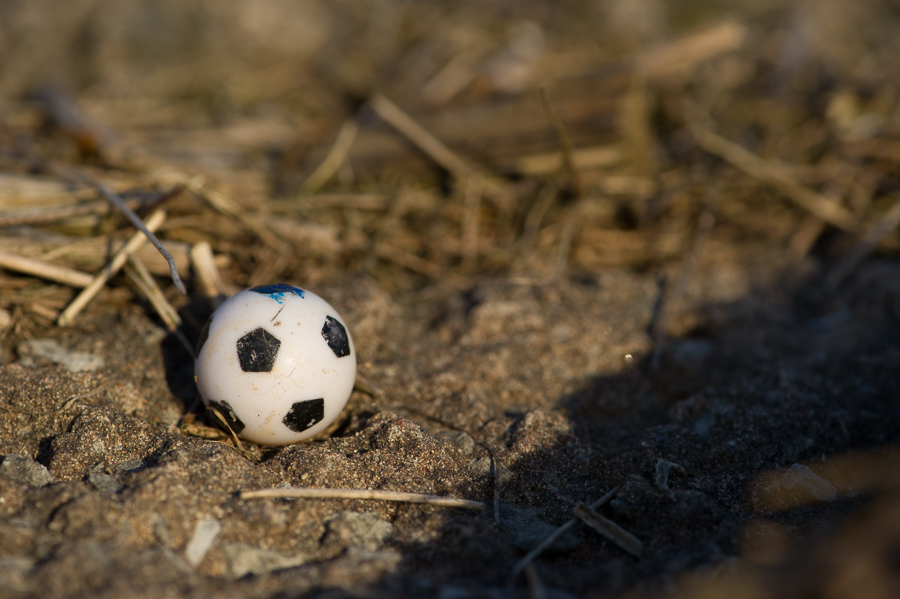 At the moment I'm trying to make pictures of my village, and beginning to make some progress I think. Well, I've made one which I like for it's simple formal construction, and because it hides the thing which defines the place (to those who know it). This idea of having the main subject concealed has become a regular feature of my photographs recently. No doubt a psychologist could make something of that, and an art theoretician even more... As far as I'm concerned it's a picture of a red bin, some green grass, and a sort of  'X' composition with a church spire in the background. I suppose you could dream up a metaphor fro the bridge linking the traditional rituals of the church with the modern ritual of dog walking and disposal of dog shit in bins. If your mind worked that way. 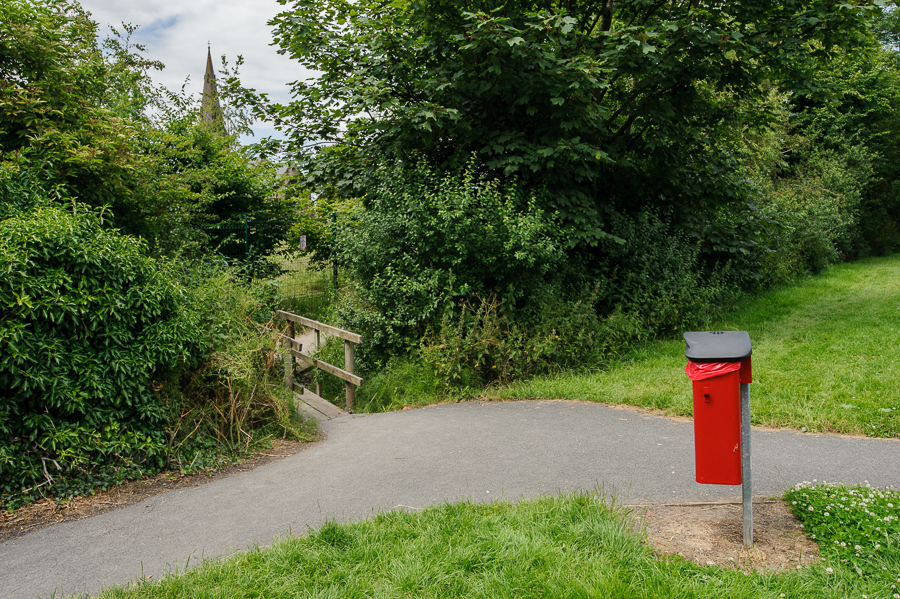 You could also make some deep and meaningful interpretation of a woman with a white pony. I just liked the way the rope and bridal matched the sandals... 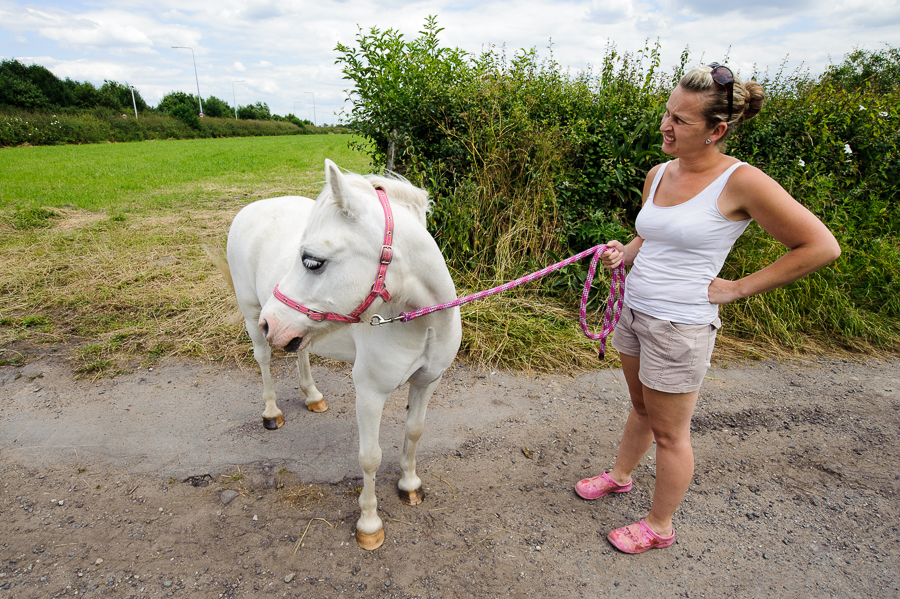