"The matter of landscape"

"The matter of landscape" is something Tom Wood has mentioned (when's his landscape book actually going to appear?) and it's something I keep on struggling with. I'm beginning to think that, for me, the way to approach making pictures about landscape is not to try making 'landscape photographs'.

Revisiting the place I photographed cows the other week, a strange area with fenced off reclaimed landfill by the tidal river on the edge of marshland, I floundered around. One benefit of being by the river is the floodbank, which gives valuable elevation in the flat environment. Clouds on a breezy day of passing showers, when shot with a wide angle lens, are a fall-back for landscape photography. It looks dramatic. It also looks like a million other clodscapes. (I was going to correct that typo, but I liked it!) 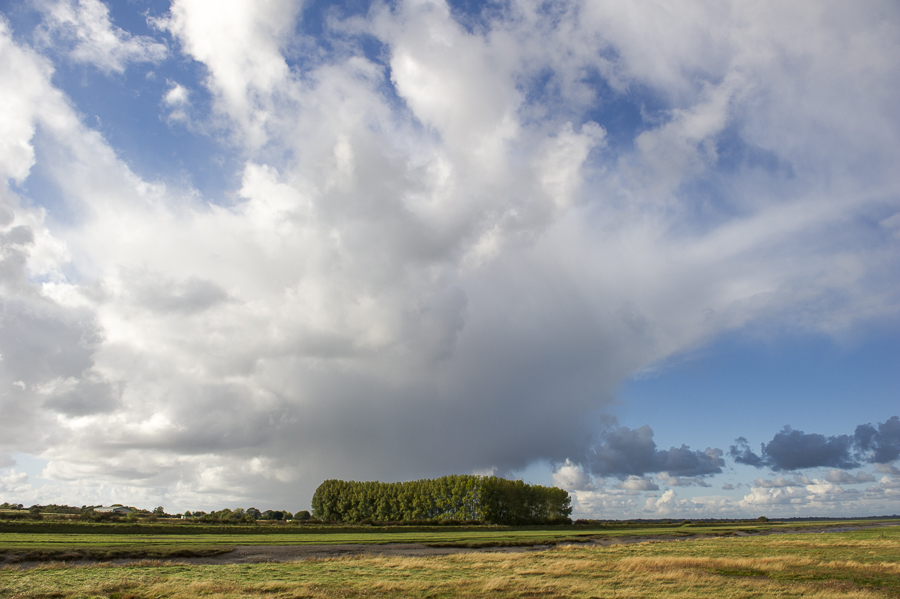 Out in the flatness that clump of trees provides a focal point. It's a little reminiscent of Wittenham Clumps beloved of Paul Nash, but not quite so redolent of prehistorical connections with the land - it hides a sewage treatment works!

One thing that clouds do, even when not stretched by a wide angle lens, is provide aerial perspective to a scene. This is especially the case when they are well separated against a blue sky as to the right of the shot above. Over a flat landscape they can help produce an illusion of wide open space that a uniform sky, or a mass of cloud doesn't.

I walked upstream a way then retraced my steps with the trees in view. I never let a chance to include some man-made structure in my landscape pictures. The railing over the sluice was irresistible, the bend of the river helps keep the eye in the frame. I even waited for the light to change instead of clicking away immediately. I was still left frustrated by the overall arrangement - particularly the bottom right of the picture. Although I am about as good at painting landscapes as I am at photographing I would at least have been able to manipulate the scene to work within the frame. That is a luxury photographers don't have. Sometimes you can't even physically get the camera to a position you know would make everything fit. 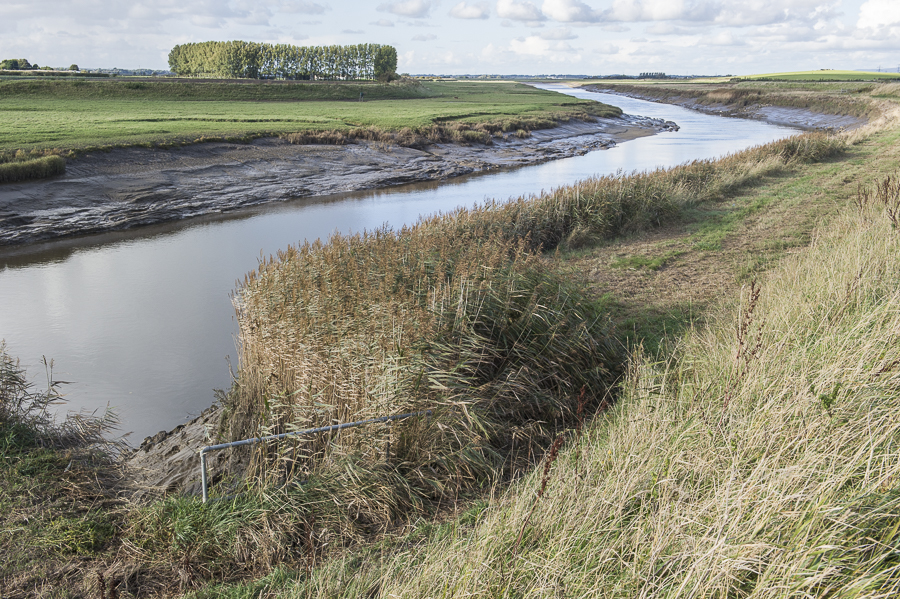 A simpler composition, which I liked for the shape of the pool being somewhat like that of the trees, failed again because I couldn't get the two main element to line up as I would have liked. 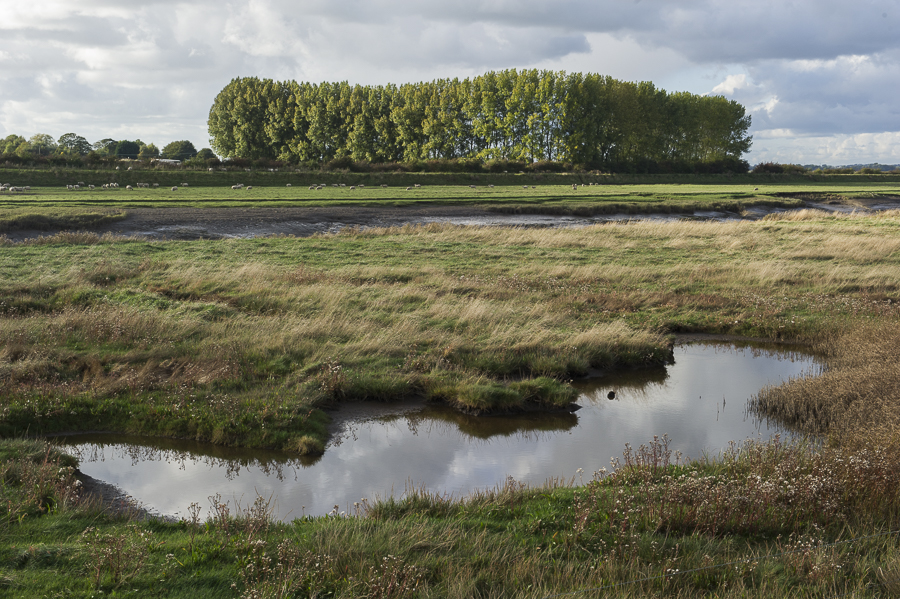 Earlier I had taken another shot which I hadn't considered to be a 'landscape'. I was more interested in the way the mud bank of a drainage ditch outflow, while small in scale, reminded me of a mountainside or canyon. I would have played around more with that idea but it would have required chest waders, and possibly a rope, to get into position to make more intimate pictures of the mud wall. 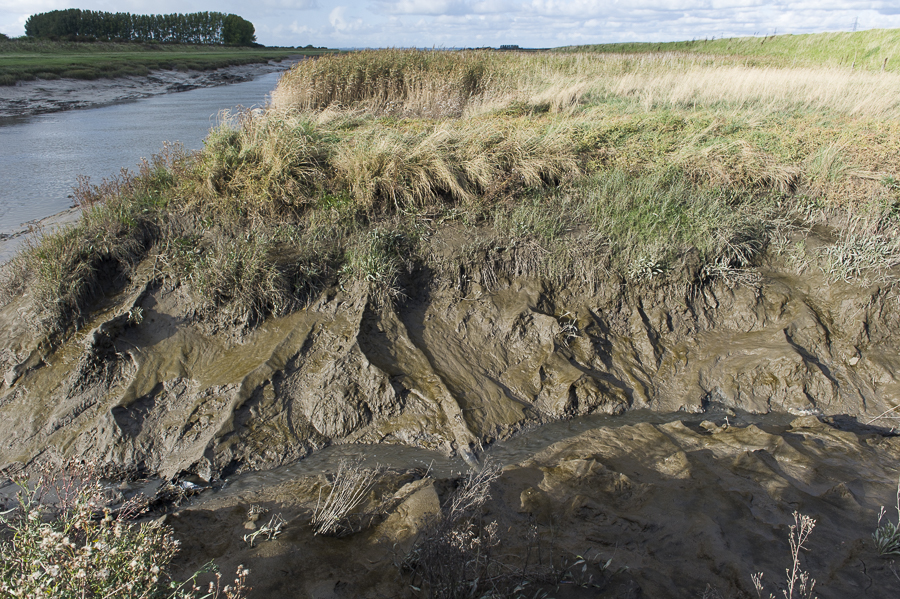 It was only when I put the picture on the computer that I considered the picture to be a 'landscape' that said more about 'place' than the other efforts. By showing less, or rather concentrating on the particular rather than the general, more has been revealed. The stand of trees and the river are still there, and deliberately so. Although I wasn't following the usual 'rules' of composition you might see demonstrated in populist photography manuals the picture was still carefully composed. A crop from the right to remove that annoying plant top might improve it, though. While far from perfect, I think it may have shown me a way in to deal with "the matter of landscape"