Continuing my attempts to love that 85mm lens I set out once more on Saturday armed with that on one body and my wide zoom on the other. It goes without saying that the wide lens got used most. I had no clear plan on where to head but the sandplant beckoned. I'd seen more activity there in passing earlier in the week so thought there might have been changes made. There had. I'd hazard a guess that the reclamation will be over soon. 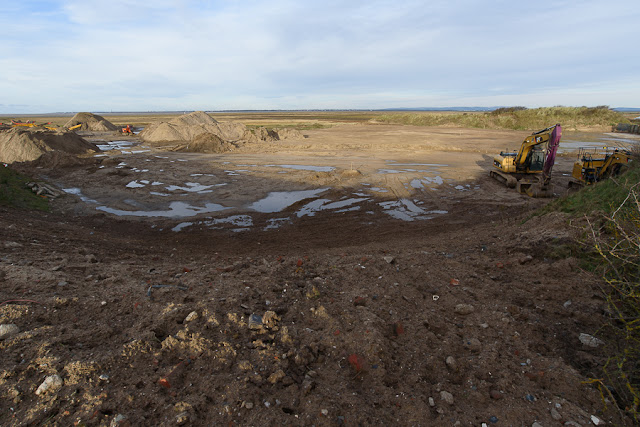 The bunds have been stripped back to what looks like their final extent. The big gap in one where the plant used to leave the site for the beach has been completely filled and levelled off. The higher level of the main area has also been levelled with posts in place to mark something or other off. The whole place is looking barren. What was a micro-habitat (albeit an artificial one) in the large salt marsh looks set to become just more saltmarsh. As if there isn't enough of it being added year by year to the south. But that's by the by. The wide angle came in useful for 'getting it all in' as above, but it's also good for getting in close, and for forcing perspective to exagerate scale.

The piles of sand provide landscapes in miniature. Look at them closely and there are all manner of geological parallels to be seen. The recent heavy rains had turned loose sand into a deep sludge over firmer ground which in places had run and formed magma-like layers. 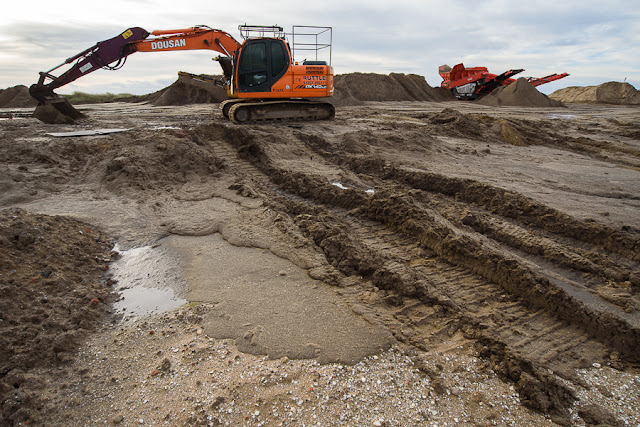 While reviewing the results from this trip to the sandplant I think I know the reason that 85 is popular. The images it makes can be quite seductive in the way it produces its out of focus areas. Indeed, that seems to me to be what most people do with it - make out of focus things that look nice with something in focus in the near distance. Most of them don't use a stick as the focal point! More here. 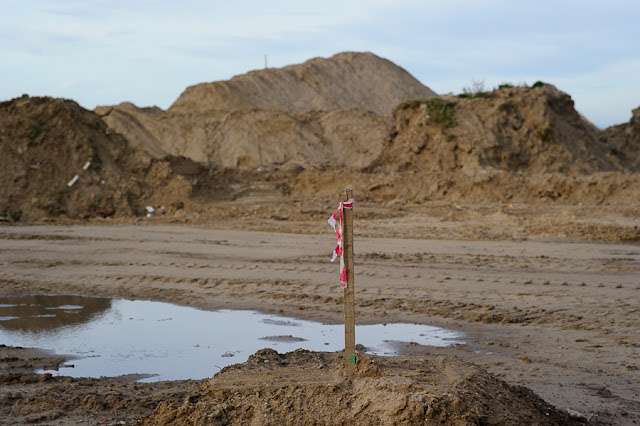 Sunday afternoon, while sunny, provided a pretty fruitless hour or two elsewhere. I'd gone in search of a starling murmuration which I had photographed at the start of the month with mixed results. I'm not sure if I left too early or whether the birds were roosting elsewhere, but I came away empty handed.

The other time, unlike the usual scenario where you see the swirling masses of birds from afar, I was actually right underneath them. That made for a different perspective and an approach had to be arrived at on the hoof. Or should that be on the wing? Having a 'super-zoom' lens on the camera at least gave me a few extra options. 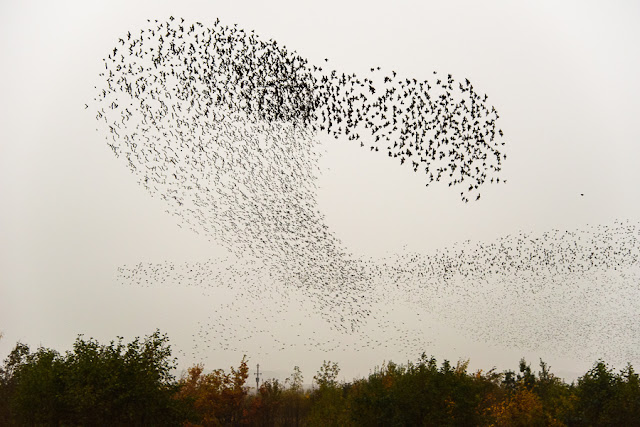 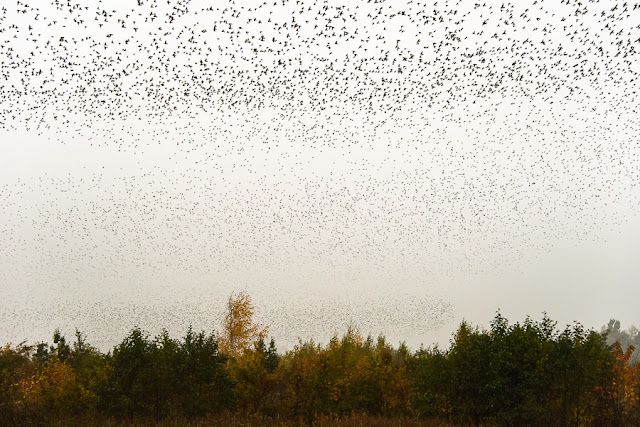 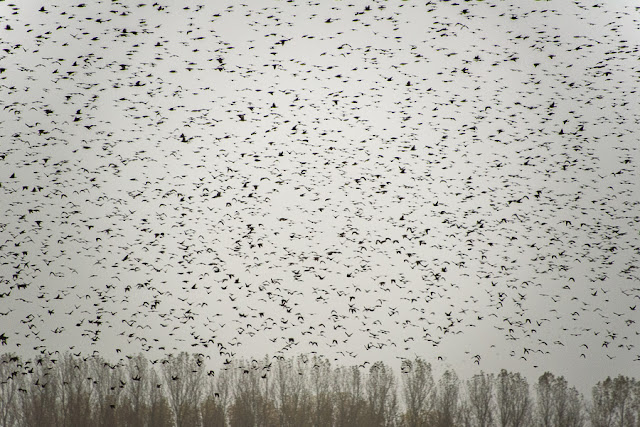 One thing the mist did provide was a wintry atmosphere to the pictures. The close proximity of the birds also, I think, made for a few pictures which convey the sheer numbers of individual birds present in a way in which a 'swirling mass' picture doesn't. Using the lens at a long focal length to compress space also stresses the density of the numbers of birds. Faced without the opportunity to make the expected pictures you have to try to pull something out of the hat. I even tried shooting their reflections in the pond I was stood by. 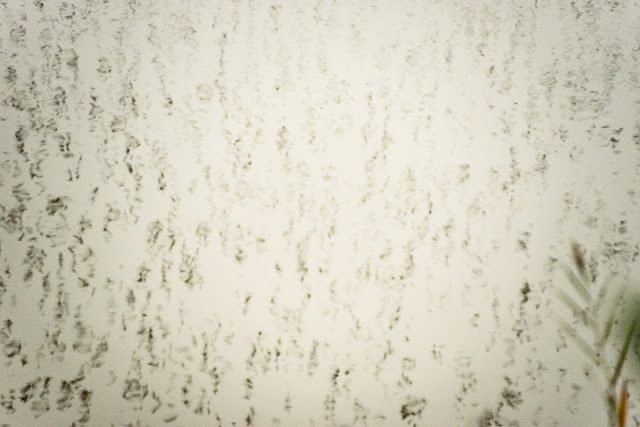