As usual when I set out to improve on a hastily shot photograph by using a tripod and taking my time I end up with a result which is the opposite of an improvement! The picture below failed because I used too slow a shutter speed in an attempt to get more of the scene in focus like you are supposed to for landscape photographs. Not only did the water go all smooth, despite the wind, the grasses and even the wire of the fence blurred too. It was pretty windy. I'm not cut out for this sort of thing. 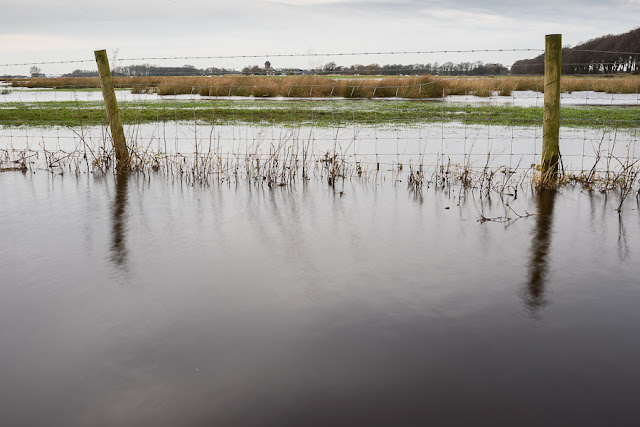 Another day, with the sun shining, I went elsewhere to look at the floods. This put me back in my comfort zone. Shooting hand held and not trying to make 'clever' photographs but to make records of what things looked like. Photographs of such a documentary nature are more about telling the story than being technically, or artistically, great. Which suits Mr Sloppy (who was steered away from pursuing a career in graphic design because he was a messy drawer) down to the ground! In a couple of places on either side of the main river the intakes of pumping stations were well below the level of the flood waters. 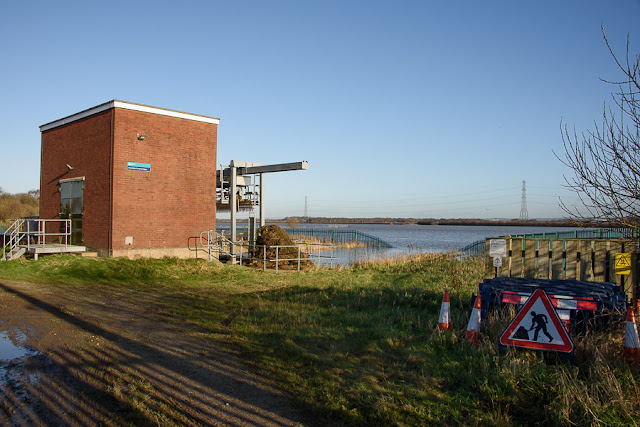 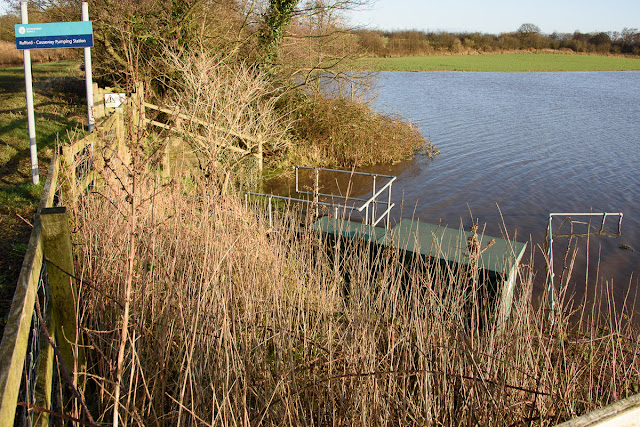 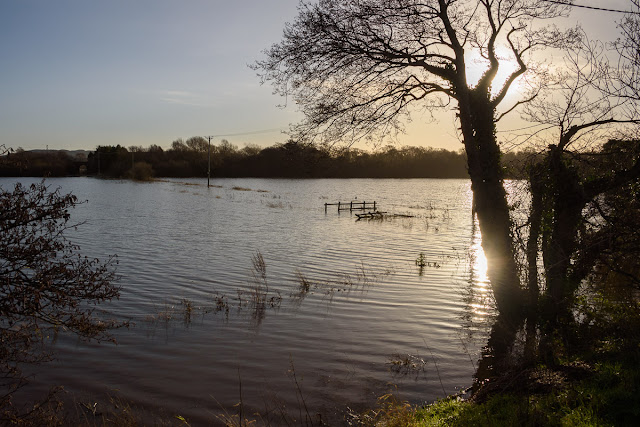 To the east of the river much of the flood water must have been the result of three breaches in river banks. The use of a helicopter to repair these breaks in the flood banks making the national media. I made a few record shots of the machine in operation for my records. Quite heavily cropped, but still with roughly as many pixels as my older cameras use for the full frame makes for acceptable images for web use. As screens increasingly become the primary viewing medium for photographs the need for all the pixels some cameras have is, ironically, decreasing. It can't be long before galleries are equipped with large screens for photographic display. Can it? If some collector is willing to pay thousands for a print, might they not be willing to pay similar amounts for custom made screens to display a single image? If only my crystal ball worked! 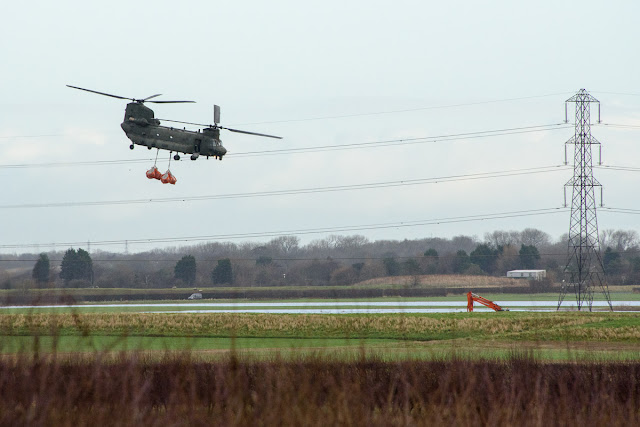 To the west of the river water naturally drains into what was the mere. Where the drains meet the channel which winds through the salt marsh stands the pumping station which has been upgraded a number of times in its history. Without the pumps the mere would return unaided by severe weather. 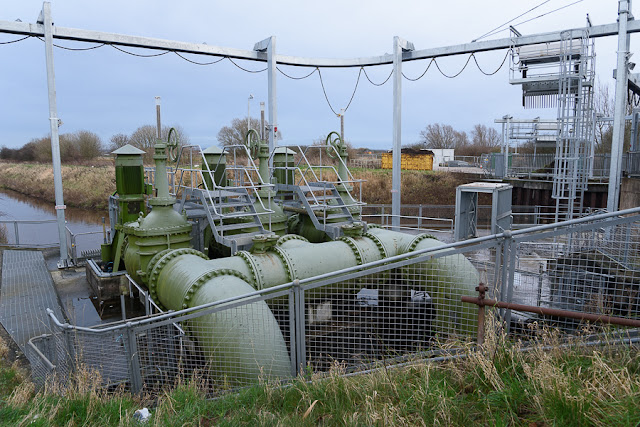 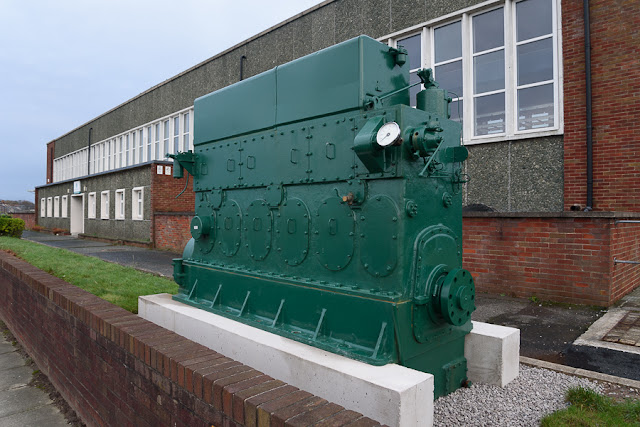 These recent posts might seem to have little to do with photography. I'd say they have quite a bit to do with it. Or at least with the uses photography can be put to. As I've said before, I'm increasingly drawn to the idea of making photographs to document the world I inhabit. I try to make my photographs work in formal ways, as pictures, but more so in ways that tell a story. Maybe not on their own, but in combination.

I'm beginning to think that the way for me to get a handle on how to photograph the wet places of mere, moss and marsh is to forget about being abstruse and arty, trying to do it through implication, and to take a straightforward documentary approach to the picture making.