Yet another visit to the auction mart yesterday for the final pure bred poultry sale of the year. It was very much a case of diminishing returns. There comes a point when all the regular stuff has been seen and photographed and you're left looking for one-offs and trying different angles. Seeing someone lighting up penned birds was novel, and tricky to make the point in a photograph. 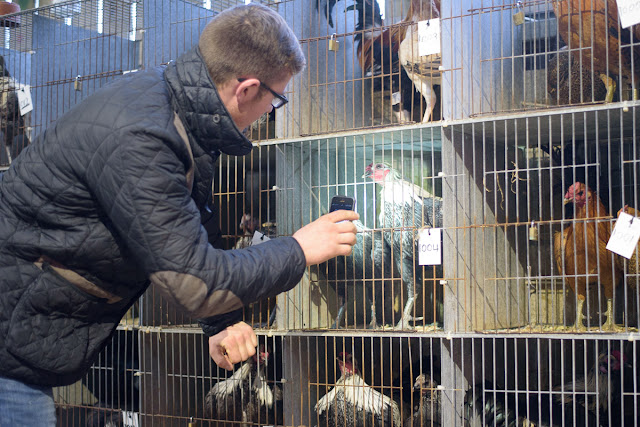 As far as telling the 'story' of the mart I think I've covered all the angles I can. I might have a last try in February and then call it quits. 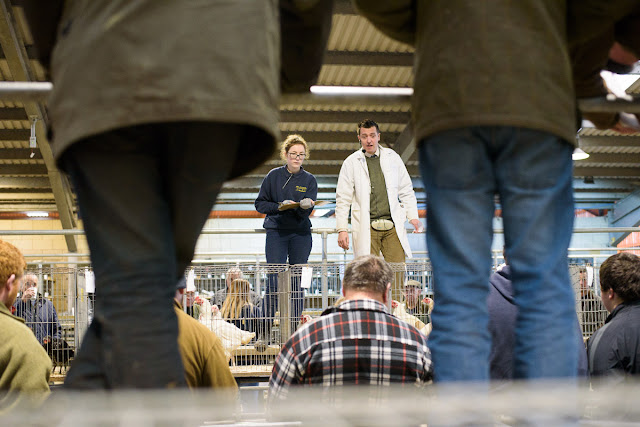 It's almost the same as far as the show scene goes too. In another building on the mart site there was a poultry show. I got invited to take photographs while the judging was in progress. This was welcome because it's something that's lacking in the files. There was a bit more space between the rows at this show but there was still a lack of room. As usual the light was variable, both in colour and intensity. It would be a lot easier to do the journalistic thing and use flash, but I reckon that would kill the atmosphere and maybe the spontaneity. 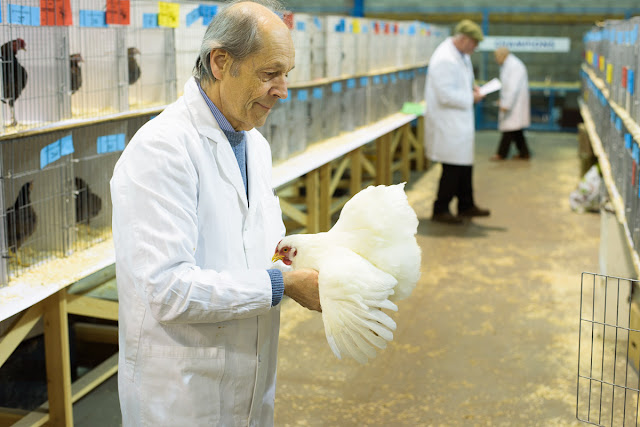 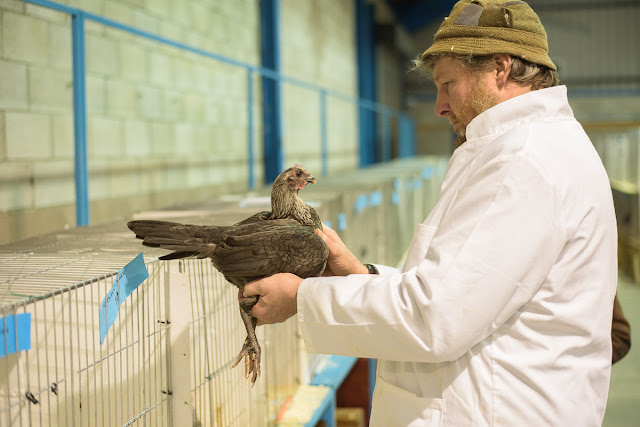 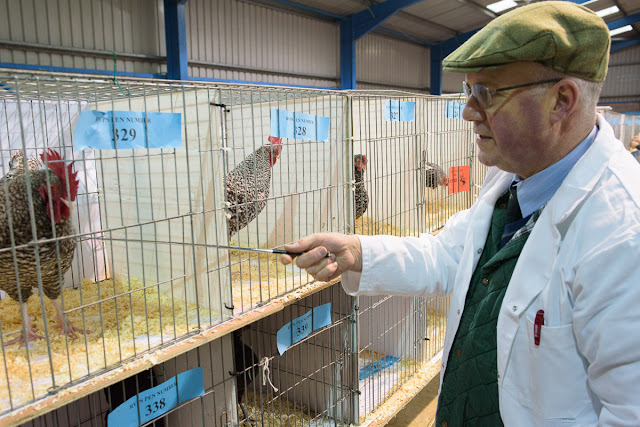 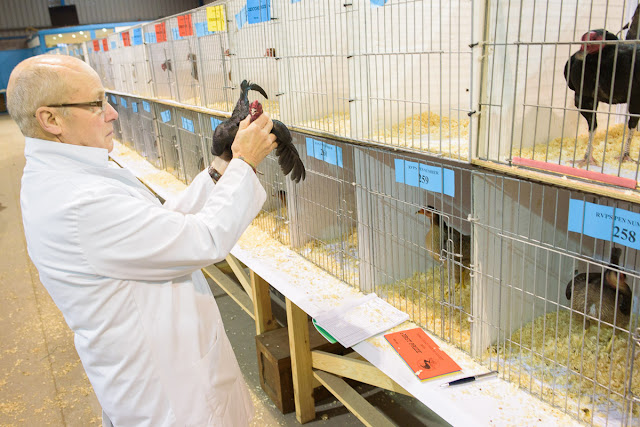 As it happened there was a photographer and reporter at the show and the auction, apparently doing a feature for Lancashire Life. It was the usual hit and run thing. Pose a few shots of people holding chickens, take a few names and on to the next job. 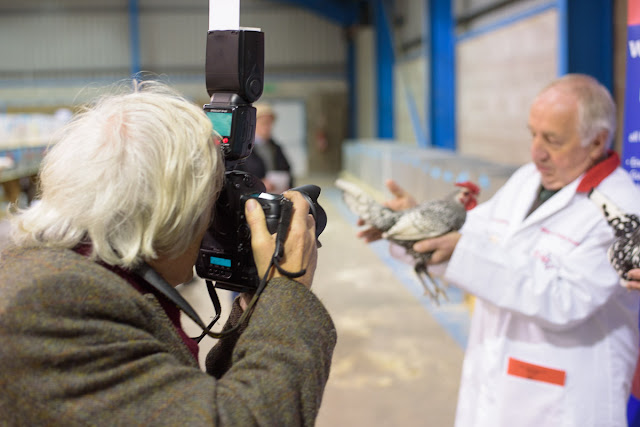 Getting in for the judging came with a price. The birds from champions row needed photographing for the club and because the poultry folk have got to know me and  I have 'a good camera' I was asked if I'd oblige. Bugger! I almost put a flashgun in my bag but changed my mind at the last minute. It was going to have to be available light or he pop-up flash. The background wasn't ideal and as it turned out the camera's flash was useless. I did warn everyone that I couldn't promise much. They're OK on the web but I haven't tried printing them. 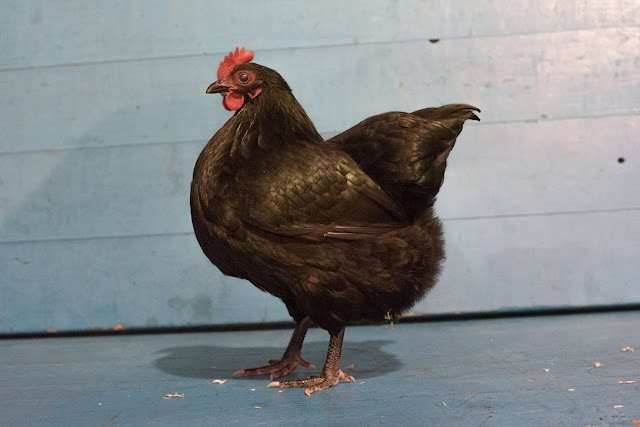 Organising and running these shows takes a lot of time and effort. Even on the day there are cards and prizes to sort out, making sure everyone gets the correct awards. This is another aspect that's been under represented in the files. 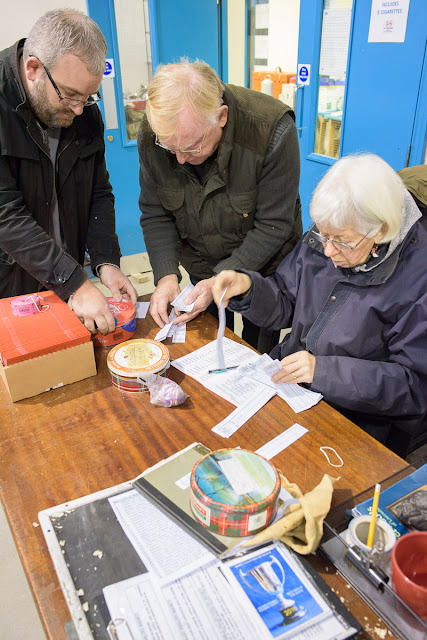 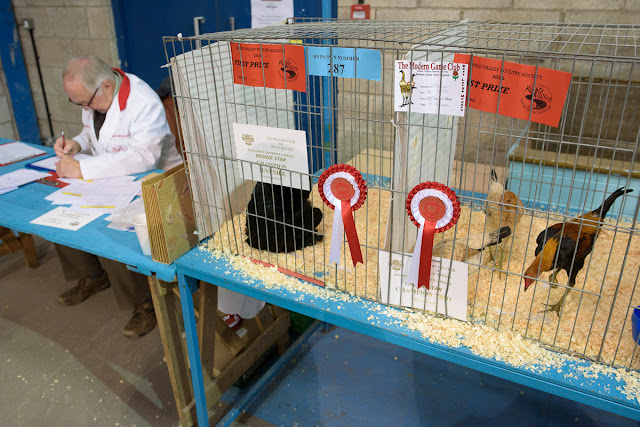 While I think the next auction might be my last, at least for a while, I'll continue attending shows. There are still aspects I want to photograph. More from the show here.