During the week I'd been taking some 'product' shots for my fishing blog. Because I had control over the light, plenty of time to correct errors,  and I wasn't needing big files I set the camera to shoot the smallest, lowest quality jpegs to make processing the files quicker. When I went out this morning I arrived at the sandplant in bright, low sun and the heavy plant was back in evidence. I wandered around for about twenty minutes making a few pictures. 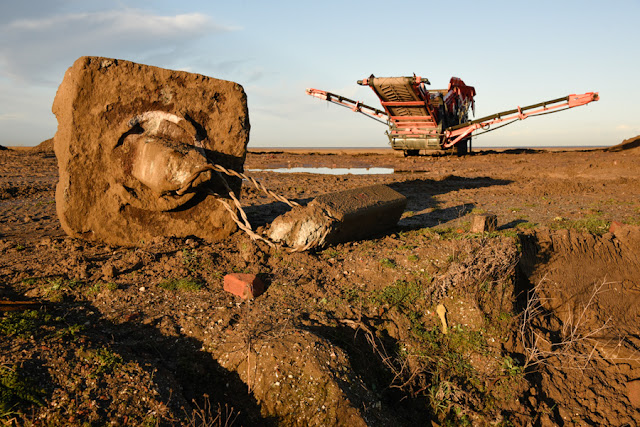 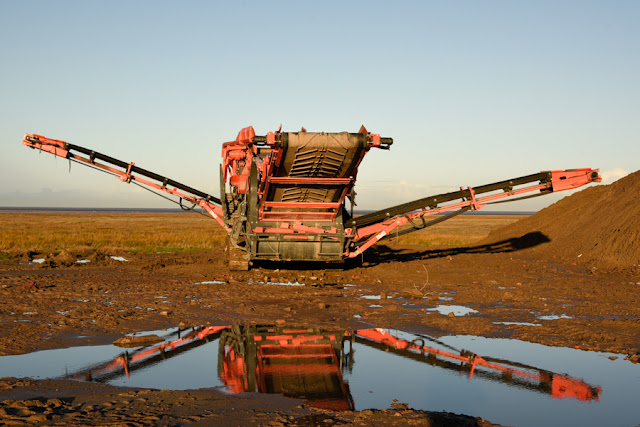 The drive to the coast had been on icy country roads. It was still slippy underfoot as I got to the beach well after nine. I think the cold had kept a lot of people from making an early start as there weren't many about. However the ones there were mostly dog walkers.

The tide was well on its way in making for a short walk to the water's edge where there was a woman with a pack of dogs racing about like mad things. They were quite large and boisterous, but when three of them charged past me I realised they were harmless. It turned out they were not only harmless but very friendly. 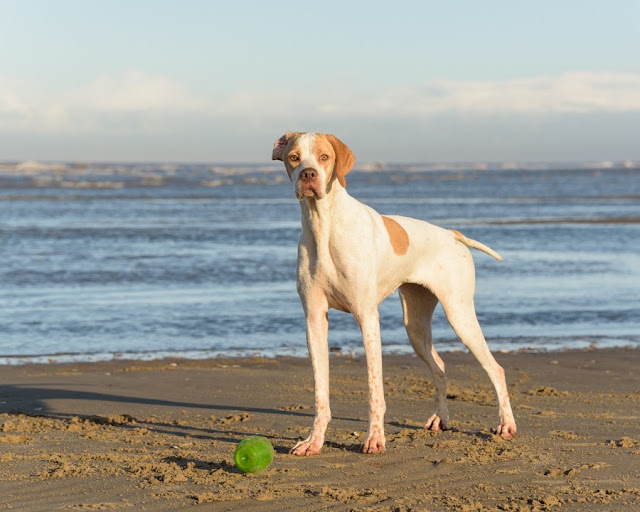 Whenever you meet people doing mildly unusual things on the beach you get to learn something. I learned a bit about pointers today. I thought chickens and horses were troublesome to photograph from a control perspective. But trying to make a picture of seven lively dogs must be only slightly less troublesome than herding cats! 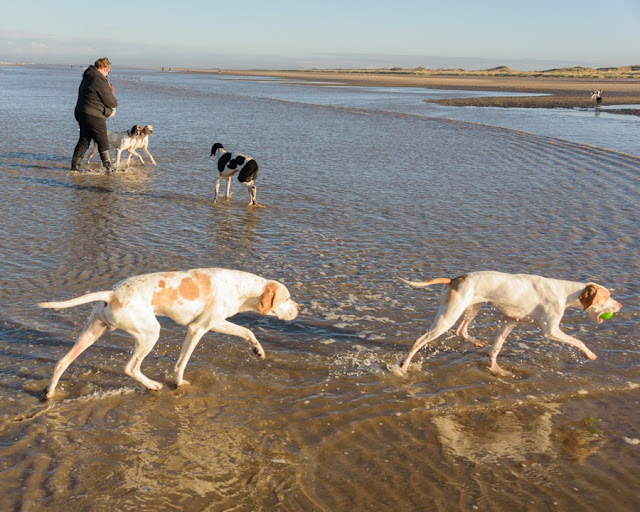 One thing I am beginning to realise is that while I am reasonably competent at making candind portraits of people while they are doing things I still have a long way to go at making posed portraits. I'm getting a bit better at it. Giving direction is becoming easier, not least because I'm forming ideas as to what I want to achieve. I'm also making more exposures rather than the one or two I usually take. Although that doesn't seem to be improving the results all that much. I always seem to miss something crucial. Mind you, it's a lot easier with one person than it is with two, or a load of dogs to wrangle! 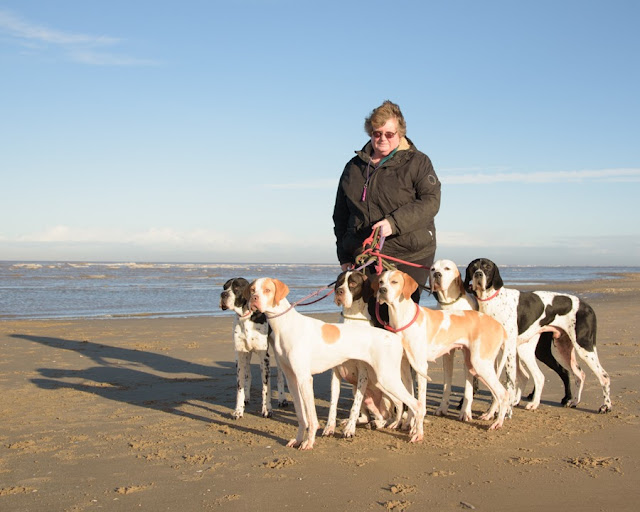 Earlier in the week I'd managed to sneak to the beach and made another 'not quite what I'm after' portrait. Two people, and a dog, had been beachcoming. There was a good portrait to be made, but I bodged it. It's little things like the dog masking the woman's legs. I also forgot to ask them not to smile. Mind you I did whistle to get the dog's attention. 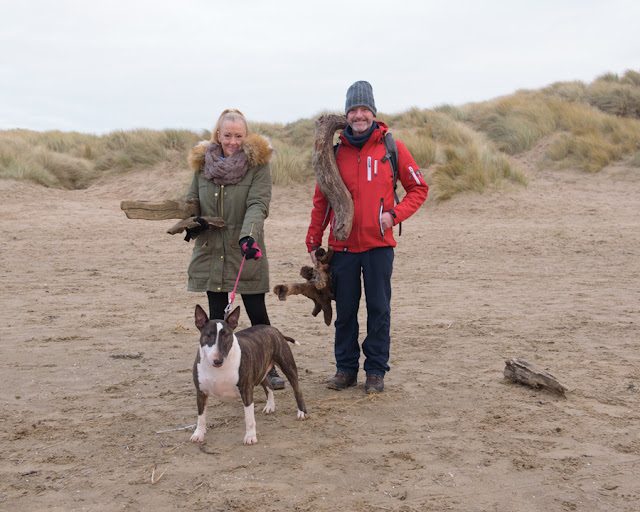