With the rare sight of sunshine coinciding with a few free hours on Friday afternoon I set off for the beach. Unfortunately I had to get back home before five meaning I'd miss sunset. However there was a bit of action going on at low tide. Out towards the water a guy was pumping lugworm among the wading birds. 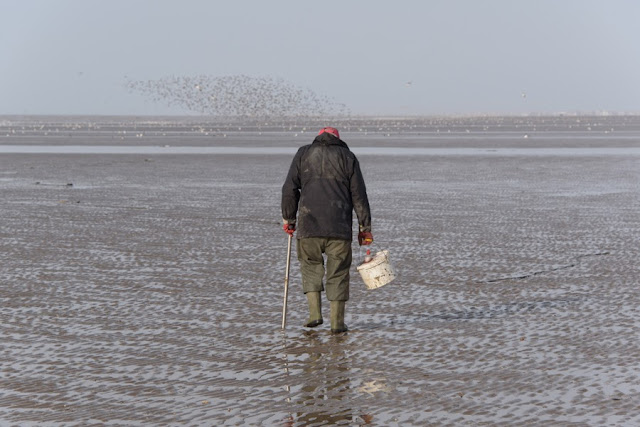 He was finding few worms as they were well down, which meant I didn't get much chance to take the sort of pictures I'd have liked. I wish I'd thought on and made a better effort of getting a sequence to show how teh pump works. I'll hope I get another chance some time.

I've never worked out what conditions the professional shrimpers prefer, but I guess they were right because there was one working the beach where I was, one other came past and returned to join another further north. A combination of a stiff breeze and too slow a shutter speed possibly account for the slightly soft pictures I came home with. 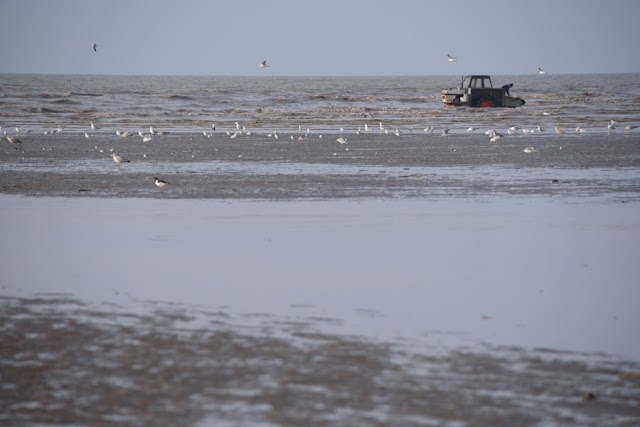 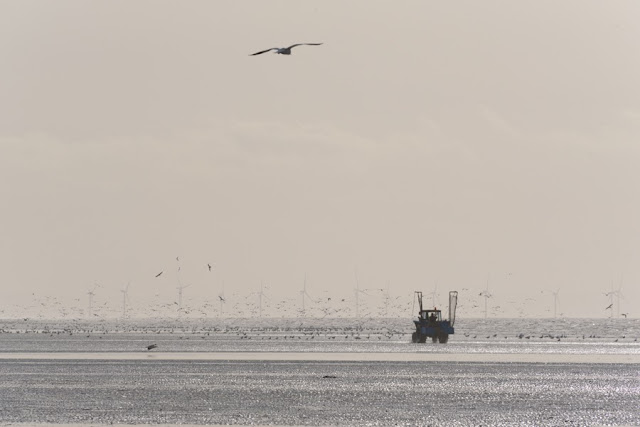 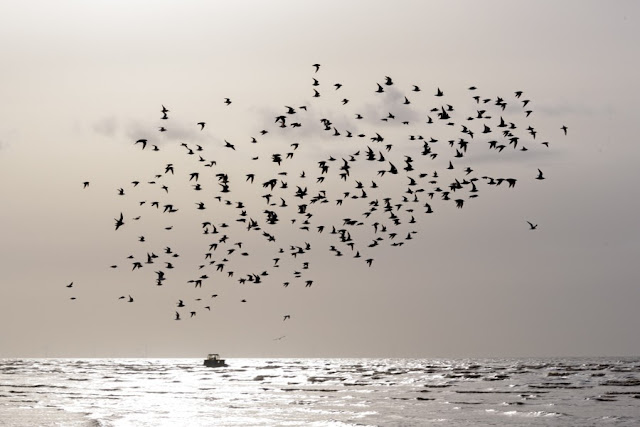 Saturday was as wet as the forecasters predicted, but Sunday turned out better than anticipated. I was down at the beach around nine, just in time to see a van full of racing greyhounds leave. That might have been interesting to see. The sun was trying to shine and the wind was blowing enough to get the sand moving in places. The tide was racing in reducing the width of the beach at quite a rate. There weren't many people around, and once more I was too slow to get a useful photograph of a bike rider on one of those fat bikes. I wasn't feeling too god either, so I beat a hasty retreat. 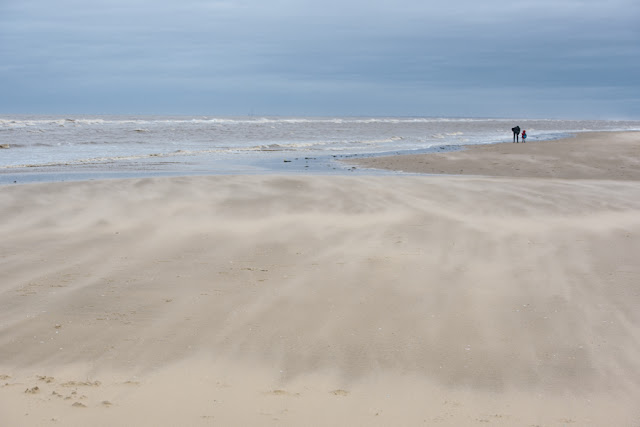 By two o'clock I was feeling perkier and the sun looked like it might be shining over the beach. Sure enough it was. The wind had picked up considerably and the sand was really running hard enough to sting bare skin. In the morning I'd tried to get some video footage of the incoming tide but hand holding a camera in a strong wind was hopeless. In the afternoon, with even fewer people around, I decided to get the tripod out of the car and use my compact to shoot some video. Even on a lowish tripod the wind was buffeting the camera and causing wobbly footage. 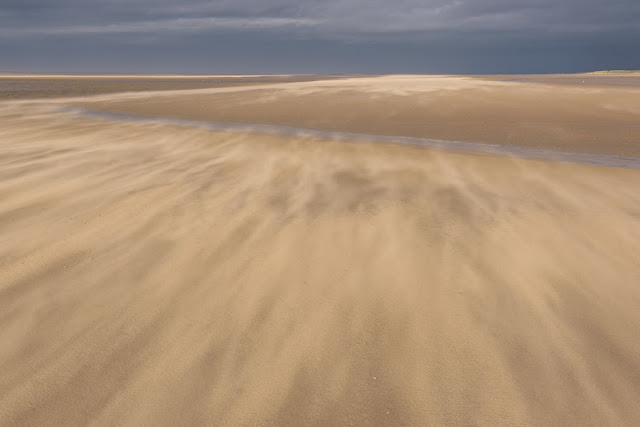 I doubt I'll get into making video seriously, although I can see some attractions to it. It needs better editing software than I have, and a much more powerful computer. Both of which would mean me doing something I hate. Spending money!

As with photographs, the footage with people in is more engaging than that without. Even when the person is me...