The more you do the harder it gets

That's not the way it's supposed to be.But when you are trying to find new ways of showing things photographing the same type of event over and over sees the opportunities diminish. Part of the trouble is that when something is new to the eyes everything looks unusual. As time goes by repetition sets in. That's the way I'm getting with sheep shows in particular, and agricultural shows in general.

The main difficulties with sheep shows is accessibility. Photographing from outside the show lines distances you, and restricts viewpoints. There's only so much that can be done and the use of a moderate to wide angle lens is pretty much out of the question.

Having arrived late to today's show, through not getting up early enough and traffic, I missed most of the sheep judging anyway. The rest of the show wasn't of much interest to me. The poultry tent was laid out in such a way that photography was all but impossible unless you were on the inside - literally and metaphorically.

I ended up mostly watching people taking photographs and photographing them doing it. Amateurs and professionals. 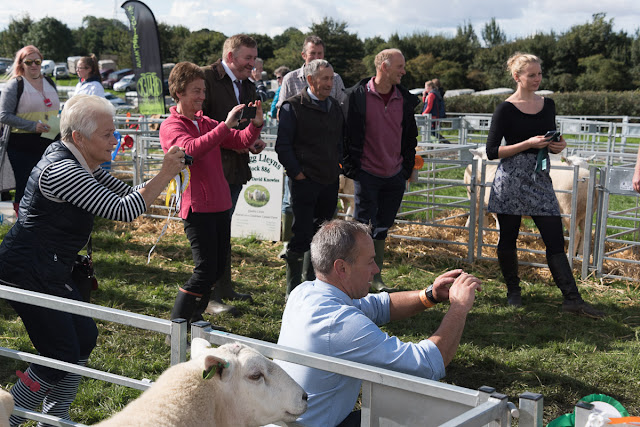 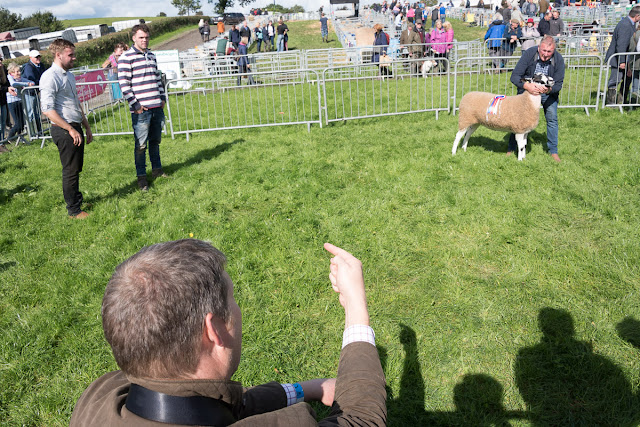 I wondered why there was a pack of press photographers roaming around the sheep pens clearly clueless about how to photograph sheep. The regular sheep photographers had it nailed.. Then it became clear why the guys with three cameras and southern accents were here. Some old git had turned up with his entourage. 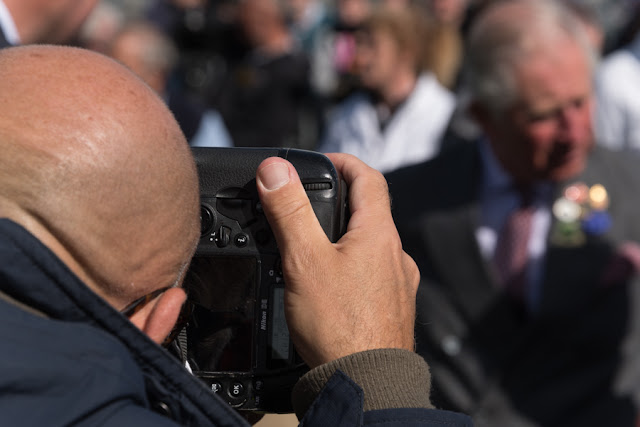 As a people watcher it was fun watching the blokes with earphones and pistol-shaped bulges under their jackets trying to look like country folk. And failing. I don't know if it's a crime to photograph  them. But I did anyway. In case it is a crime I'll not post the photos here!

Despite being an enjoyable day it wasn't very productive. In fact all it did was make me wonder if there's any point trying to photograph these events. Looking at other people's pictures from them I really haven't mined any new seams. There's only one more show I can get to this year. If the weather's fine I'll make a final effort and get there early and see if I can get inspired. If it rains I'll simply stay home....

Still there's a very small gallery from today here. I've also made a page of links to all my show galleries here.

Oh yeah. One of the pictures I submitted to the BLPA has been short-listed. The one I entered as an afterthought and don't think much of. Ain't that the way of the world?