Let there be rain...

It couldn't last, and it didn't. Fearing the worst I decided to go fishing on Friday night as there was rain due over the weekend. The fishing was poor so I messed about with my fishing cameras when the sun began to rise. Both have good features and bad. The one with the zoom has great controls but is sluggish to focus and has poor low light performance. The one with the fixed lens has a great sensor but poor controls and is equally slow to focus. If only there was a compact camera which did everything right. But then the manufacturers would never sell any top end DSLRs.

Every time I make a landscape picture I like I can't help but think that 99% of the task is being in the right place at the right time. The technicalities are pretty darned basic. The subject ain't going anywhere so there's plenty of time to get them right. 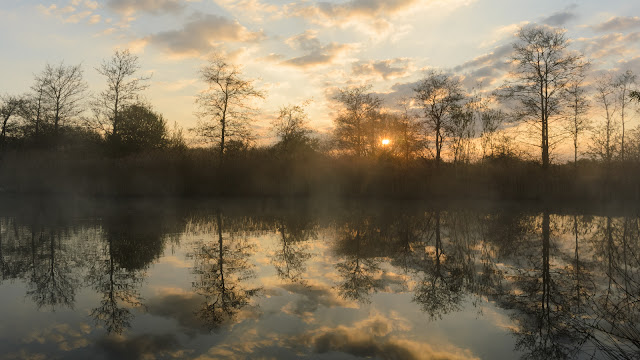 Nice as they are to look at the majority of landscapes are little more than wallpaper. The shot above is currently my computer screen's desktop picture. I'll be tired of it soon enough and swap it for something similarly vacuous.

Sunday was sunnier for longer than predicted and I managed to find some sheep in the evening. The clouds soon rolled in and put paid to the photography though. So not much was gained from the exercise. 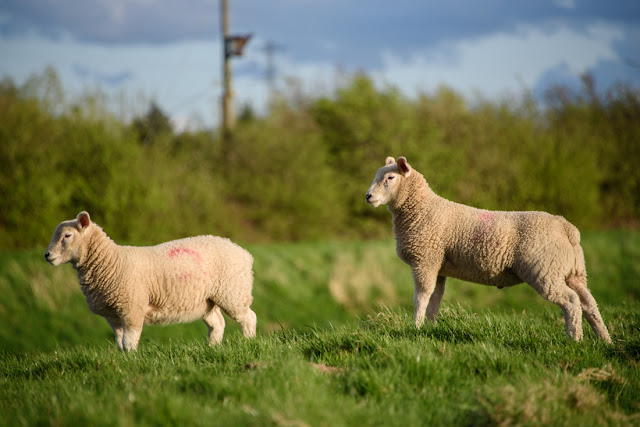 I did manage to find a mule which posed quite patiently for me while the sun was out. As per usual out of the many exposures I made the frame which had the most satisfying was the only one which was slightly out of focus. The next best is below. Strangely, after looking at it one and off for a few days it seems to have improved. Or maybe I've forgotten what the better one looked like? 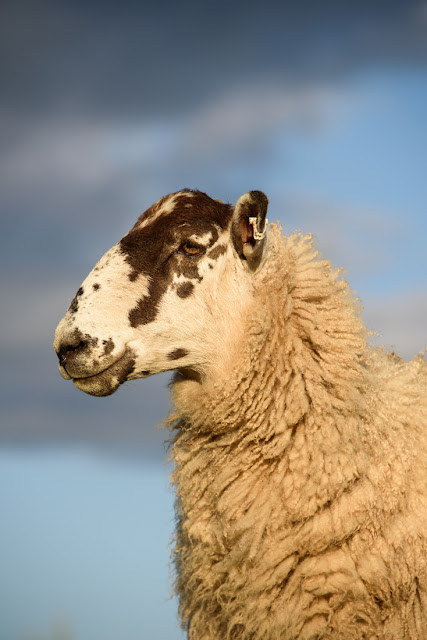 Apart from the evening light helping the picture I was able to get into a perfect position without having to either bend my knees or lay on the ground. Shooting from slightly below sheep, and no doubt other animals, makes them look more impressive. As this one was stood on top of a flood bank my task was easy. This viewpoint also tends to put the sky as background, which is good for 'portraits' when it is blue, and because it is far away the clouds go pretty much out of focus no matter how small the aperture of the lens is. Lots of the sheep in focus and much less of the background. Another bonus.

Whether or not a picture of a sheep dropping with dung flies on it will prove useful for inclusion in a sheep project, I'm not sure. But I have one now! 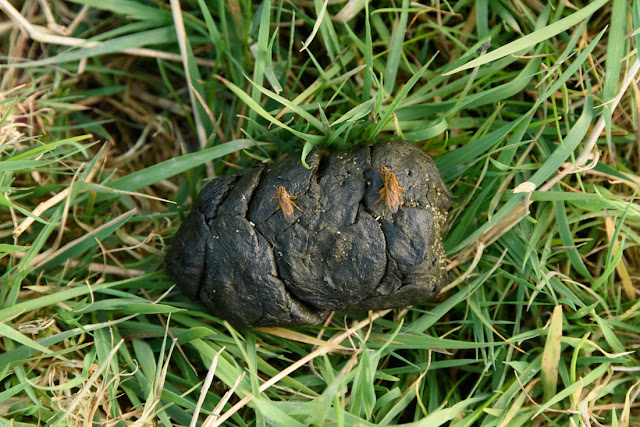 Sure enough the sunny spell didn't last and rain returned after the weekend. Today I got the urge to make some prints, which necessitated a trip to town to pick up some ink. I didn't hang around but the X100T got a damp outing. There were few dogs being walked, but plenty of umbrellas getting an airing. Every once in a blue moon I get lucky, and the shot I see forming before me gets 'spoiled' by something better. Maybe not much better, but people's faces are more interesting in photographs than the backs of their heads. Although it was the umbrella which had initially caught my eye the woman stopping and turning just as I clicked the shutter and the passing cyclist made something more interesting happen. At least it suits my ideas of loose compositions in street photography having more life than the cleverly composed shots which a lot of people aim for - go in search of even. 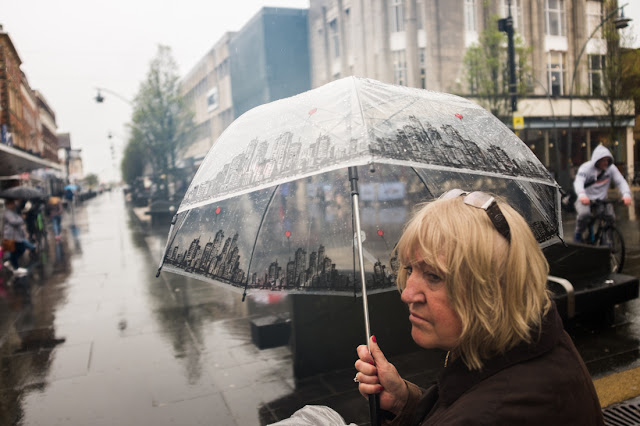 And finally... After a winter when it was hardly fit to visit the beach I've abandoned my Beach Life project. I might pick it up again later in the year, but I doubt it. So this is about it.