For the last two years I have entered the British Life Photography Awards, simply because the theme appeals to me. I'd never entered any competitions before and was surprised to have one photo short-listed at my first attempt. I was less surprised that it was a picture I'd entered to use up my quota of entries. The others where ones I considered 'good', the one picked was one I considered 'trite'.

Foolishly I did something similar for the completion just finished. As a sort of experiment I entered a picture very similar to the one which had been short-listed, but which had more interest in it. To my eyes at any rate. I also included a couple of other pictures which weren't in my usual style but which I thought had a look of pictures which had made it through to the book and exhibition in the past.

It was no surprise this time when I was notified that one of my pictures had been short-listed, and less of a surprise which one it was. Yup. The one similar to the previously short-listed picture! 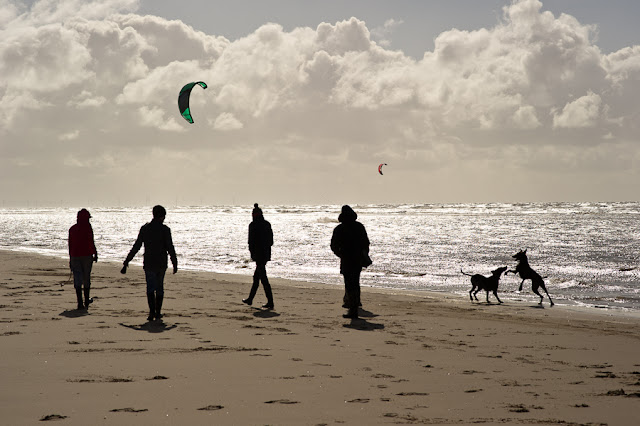 Along with looking at the winners this just reinforced my view that photographic competitions promote conformity. Whether it's British life, landscape, portraiture or whatever, the way to succeed is to enter pictures which you know the judges will like. And with the competitions aimed at a mass audience what the judges pick tends to be eye-catching images. Understandably so when they have thousands of pictures to look through. Contrasty light in a picture is a good way to catch the eye. This year's winner has it, and my short-listed picture had it too. High impact imagery is the way to go nine times out of ten. Enough of that.

When it comes to style I'm very much in favour of simplicity. Not simplicity of composition but a simplicity of picture making where there's nothing flashy, clever or 'showoffy' to the works. Solid, straightforward photography. Probably why I'll never win any photographic competitions! I think this simple type of photography stands the test of time because in its way it is style-less. Less is more as the saying goes.

A fine example of straightforward photography is to be found in the work of former Guardian photographer Denis Thorpe. Last year I picked up a used copy of his book The Shepherd's Year to add to my growing collection of sheep related books (not just of photography). The other week I bought a copy of his new retrospective book, from the wonderful Bluecoat Press, A View From The North. After sheep The North is my abiding passion when it comes to photography. 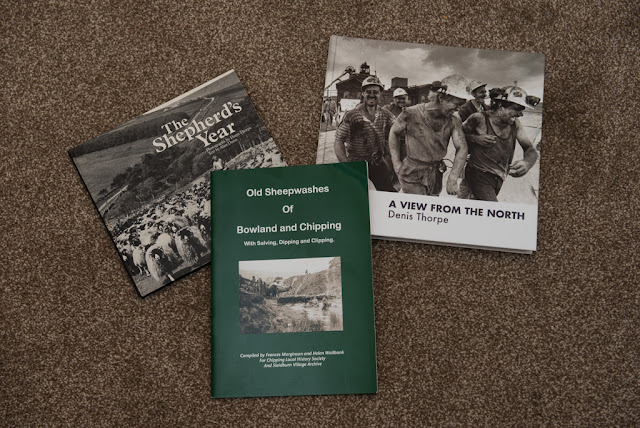 It's a cracking book which contains a number of pictures from the older volume - but the reproduction is somewhat improved. Although the pictures are from the past, and there is a hint of nostalgia here and there, they are just solid, down to earth, photographs. Great stuff which documents times and places in a no-frills manner.

Also in the picture above is a slim volume from the Slaidburn Archive. It's a historical book rather than a photographic book which I bought to inform myself about the sheepfolds I see on my travels. I now know a bit more than I used to about sheep keeping history. There are contemporary photographs in the book but the archive pictures are far more interesting both as documents of events no longer practised and as pictures in themselves. While many are vernacular there are some which are clearly taken by a more discerning eye. Another worthwhile addition to my expanding library.

I was looking at some Raymond Moore pictures a few days ago and wondered if I'd ever seen them in my photographically formative years. Had I got my fascination for photographing road markings and tarmac from looking at his photographs? I was doing it in 1978 and I'm still doing it now! 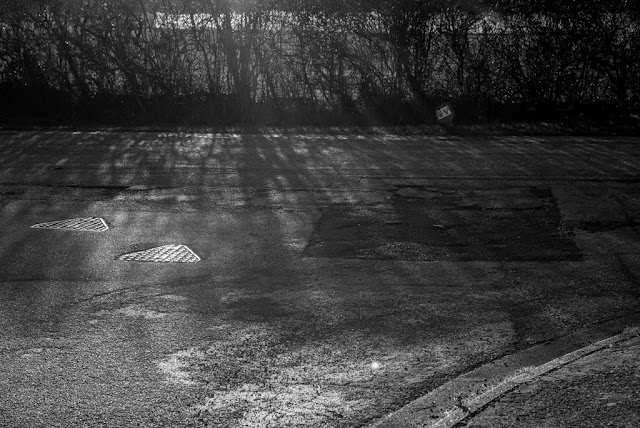 The picture above was taken on my way to the wood to pursue my black and white project. I've decided to keep it going until the leaves start to appear. One or two are already breaking out on teh elders in the understory. But as yet the canopy is bare. I messed around for an hour or so and made a little progress. I don't think this could be classed as a documentary project. Although it sounds pretentious to say it, it's more poetic or metaphorical. One thing's for sure, I can't see any of the pictures winning Landscape Photographer of the Year! 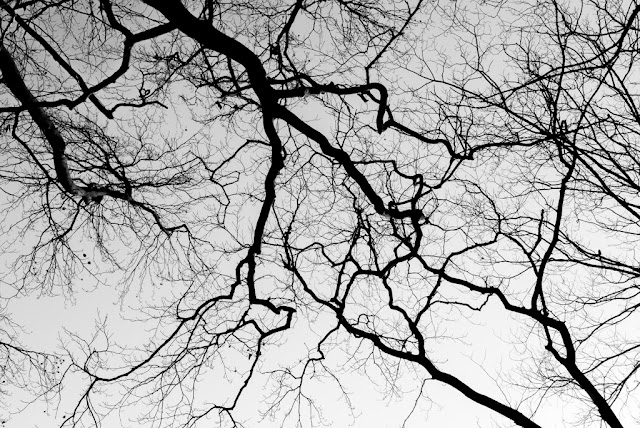