Going round in circles

It really does feel like I'm repeating myself at the moment going to the same sorts of events. Both of this weeks outings left me feeling a bit flat at the end of the day. I didn';t think I'd come away with anything worthwhile at all. Although looking through the silly number of frames I taken didn't produce as large a selection to 'tell the story of the day' on either ocassion, I did  have a few pictures which could find a place in the sheep project as a whole. I should know by now that's the way with longer projects.

Friday was a sheep dog auction that was down on entries, so not many folk about. This time I resisted the temptation to photograph the dogs on the field using a telephoto and concentrated on getting in close with my little 'kit' zoom. I don't know if it's boredom or an experimental nature, but I keep playing around with less than standard compositions. A lot don't work at all and many I like raise the eyebrows of others!

Before I set off I was hoping to improve my record of the micro-chip scanning of dogs on booking in. But as there weren't many entries that was mostly over by the time I arrived, even though I thought I'd got there in good time. I got two chances and one 'nearly' picture. 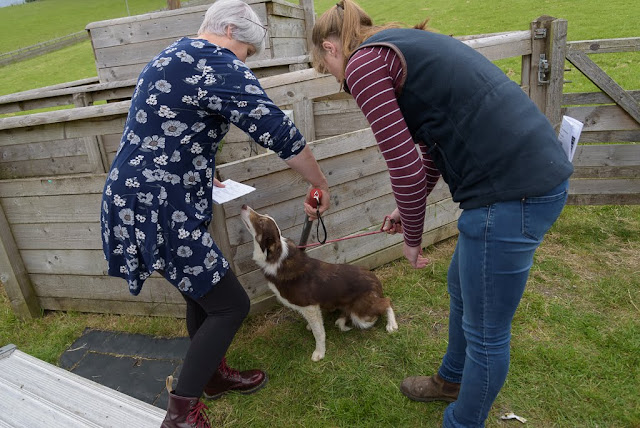 I also wanted to get some shots of the trailer used as the on-field office. But again that didn't quite work out. 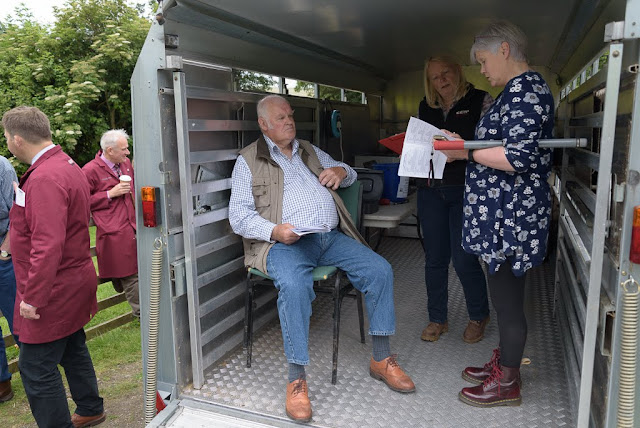 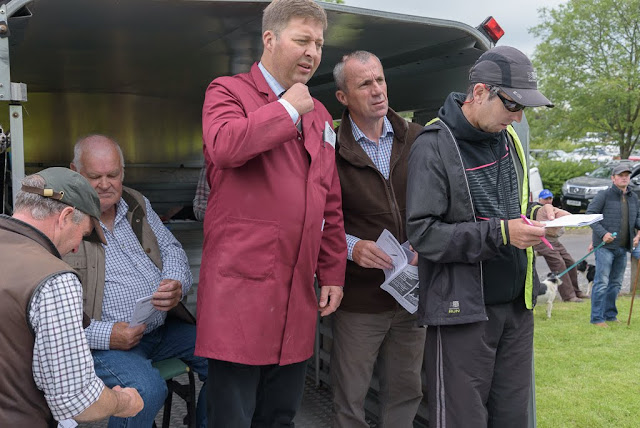 Other than that it was more of the usual fare. dogs looking cute and general scenes. 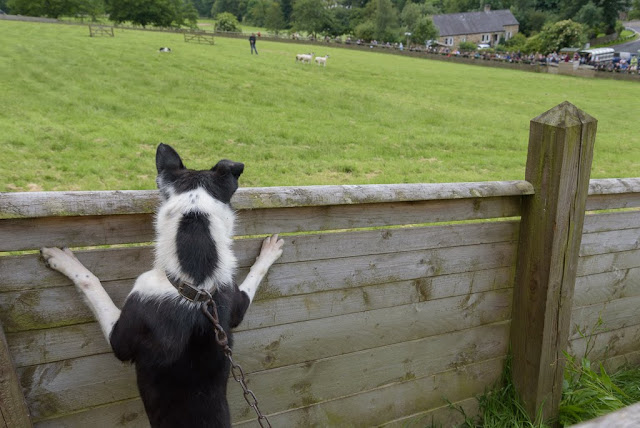 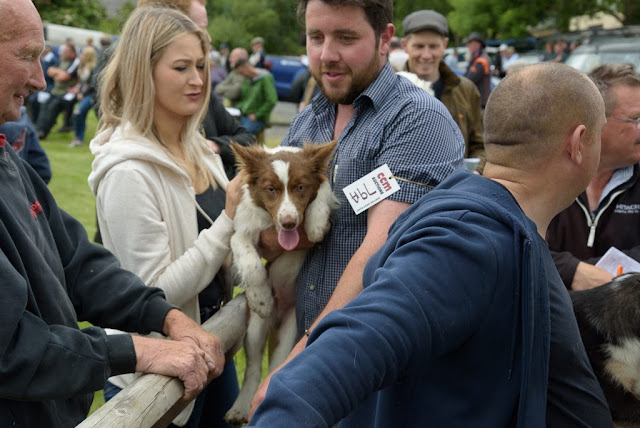 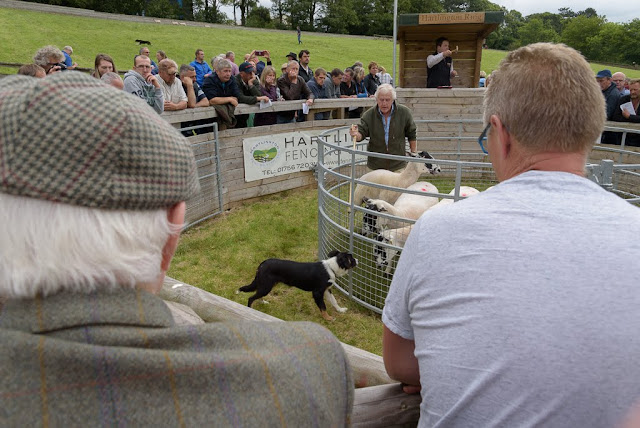 When the sun was out it got warm and the ice cream van was well patronised. Seeing people licking their vanilla cones I put my Martin Parr hat on. His is not a style which is as easily mimicked as you might imagine! 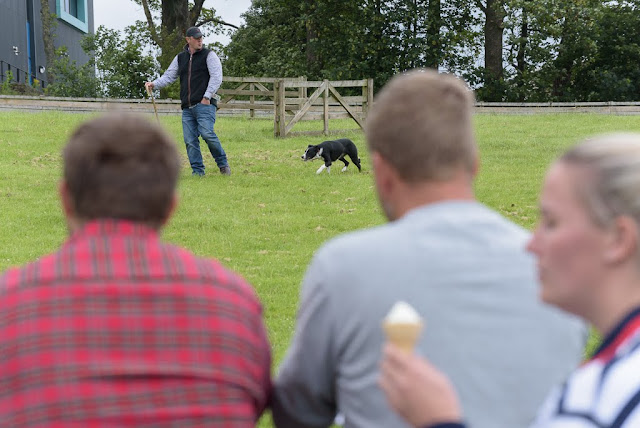 The thing I'm constantly striving for is pictures which aren't 'record shots', or the sort of stuff you'd see reporting an event in the local free sheet or in Lancashire Life, but also not so 'arty' that the subject becomes irrelevant. It's a difficult balance to strike, making pictures which tell the story and give a flavour of what's happening and yet which stand as pictures on their formal structure.I suppose it's that challenge which keeps me going back for more. And back for more I was the next day at an agricultural show!

I wasn't really in the mood when I got there and the low turnout of sheep didn't help either. However things picked up as the day wore on. Even though I did spend a lot of time looking. This time I took the do-it-all zoom plus a 20mm and a 50mm in case I fancied being radical. The extra focal length of the DIA lens was useful round the sheep pens where access and angles were restricted. Not that there was much to catch my eye and I resorted to looking for detail shots plus the usual stuff like sheep tarting up.. 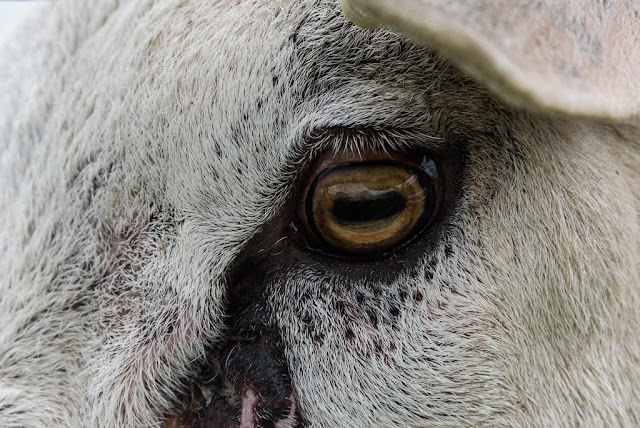 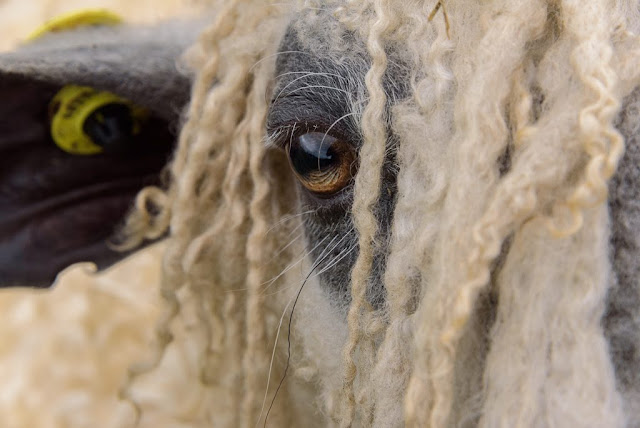 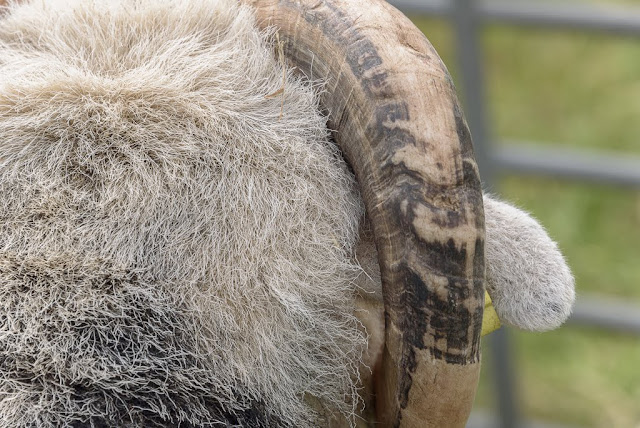 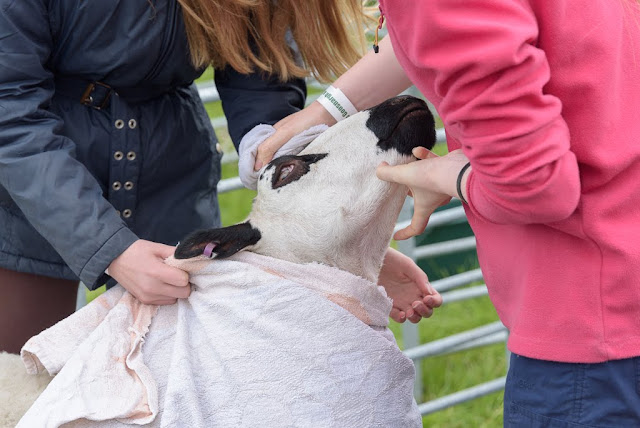 It was a little unusual to see a priest judging the Suffolks. I thought I'd been transported to Craggy Island for a moment! I failed to get a shot which showed his dog collar clearly though. 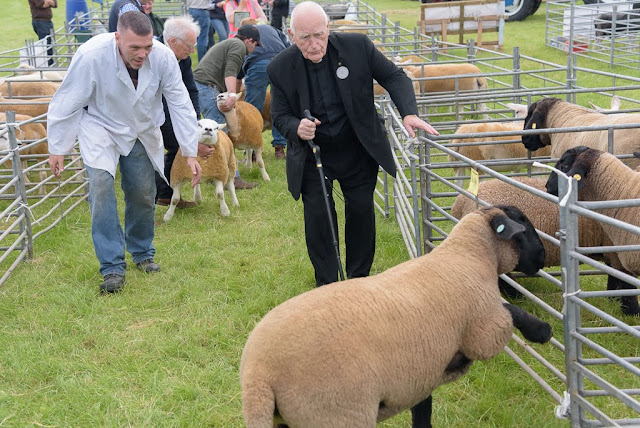 Where I was slightly more successful was photographing the sheep dog and sheep shearing displays. The longer lens again came in handy for the former, and I got some better pictures than at the previous display I'd photographed. The waterfowl being more cooperative and the light brighter helped. 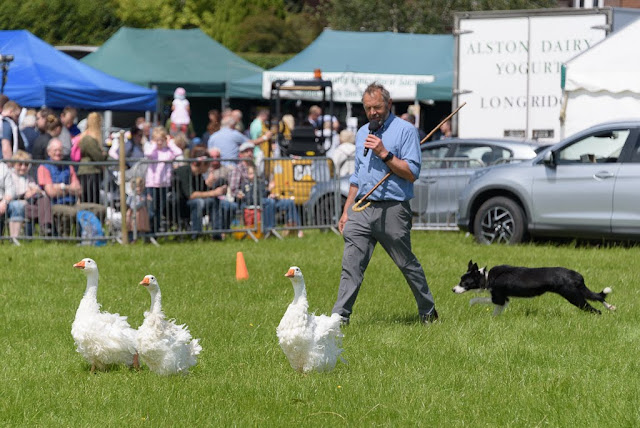 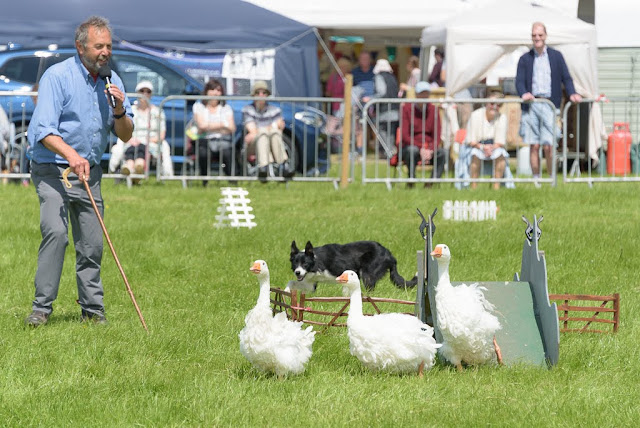 Having photographed the shearing demo last year I was in two minds about bothering this time round. Not only that but I'd put most of my gear back in the car and almost left for home because my bad foot was aching. However after a sit down I stuck the 50mm on teh camera and the 20mm in a jacket pocket and went back travelling light.

While I didn't get anything other than snaps doing it, I found myself more confident in taking pictures of people close up with these lenses. Very strange. As the shearing was about to commence I wandered over for a look. It was being held in the main ring so I imagined the lenses I had with me would be useless, but the barriers were moved and the public allowed into the ring for a better view. I joined them, kneeling down to get a more useful angle and allow people to look over me.

At first I thought I'd picked a bad spot as the sun was in my face but that nearly worked to my benefit as it backlit the fleeces as they were thrown up to spread them before rolling. There wasn't much time for the demonstration, which meant I couldn't develop ideas, but I got a couple of pictures which will fill a gap in the project for now. 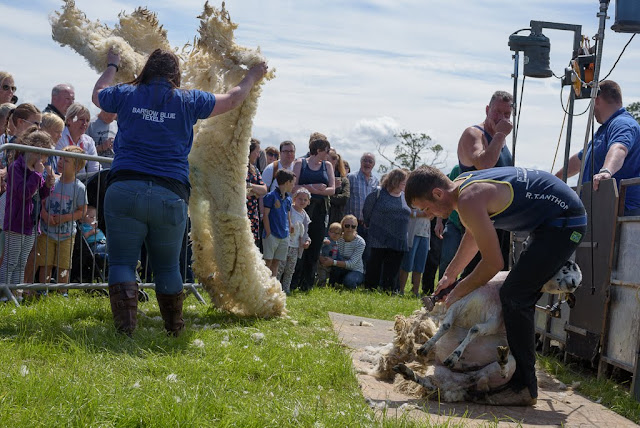 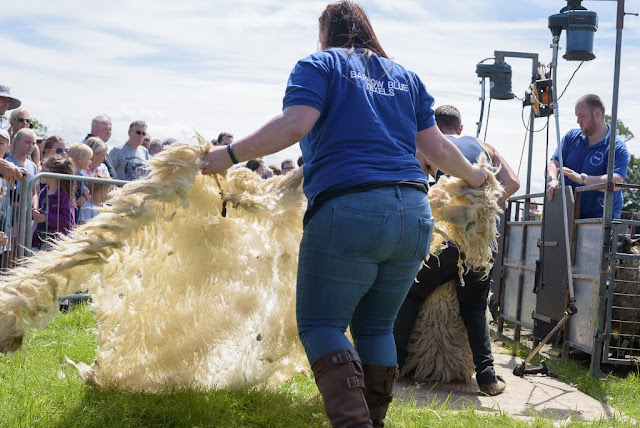 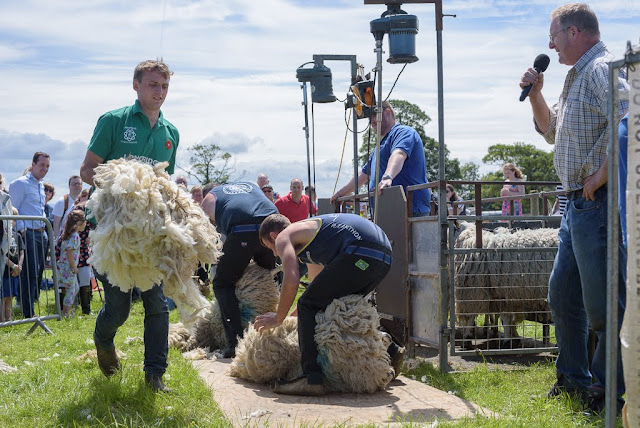 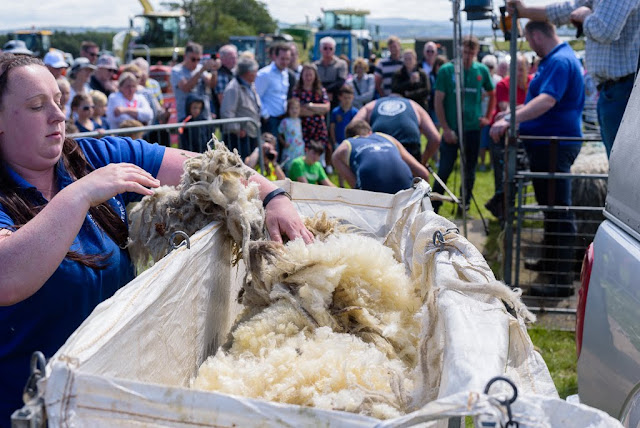 What this episode proved once more is that limiting the gear you use forces you to think more creatively. With lenses that means viewpoint selection and framing. Dare I go to the Great Yorkshire Show with just my trusty 28mm and 50mm lenses? Or how about the 35mm and nothing else? Eek!