Last Saturday had been so wet and my motivation so reduced that a drive to find a sheepdog trial was abandoned and I didn't even call in at either of the auctions I passed. On Sunday the rain eventually stopped and I headed for the forest in bright sunshine. Naturally that light disappeared as soon as I got out of my car armed with a map intent on exploring. The looking around didn't work out as on the ground things were less interesting than on the map. I did go a little off the beaten track, however, to look at what was marked as a rain gauge. A galvanised can in a field! I guess searching out and photographing more of these could become a landscape project if it wasn't for the treks over rough ground it would involve.Not at my age, with my knees! 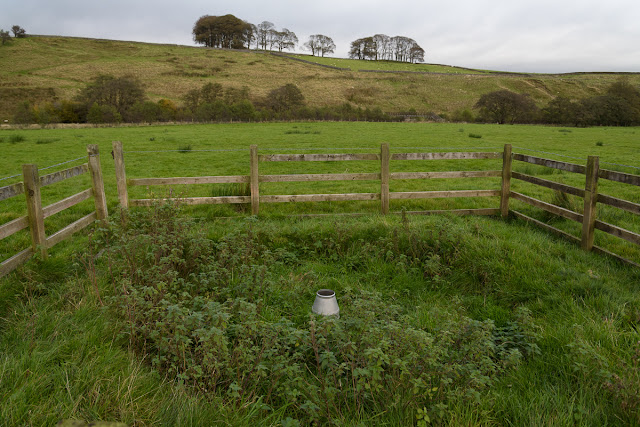 There were a few sheep about and I tried to make some sheepscapes. This was the most successful. 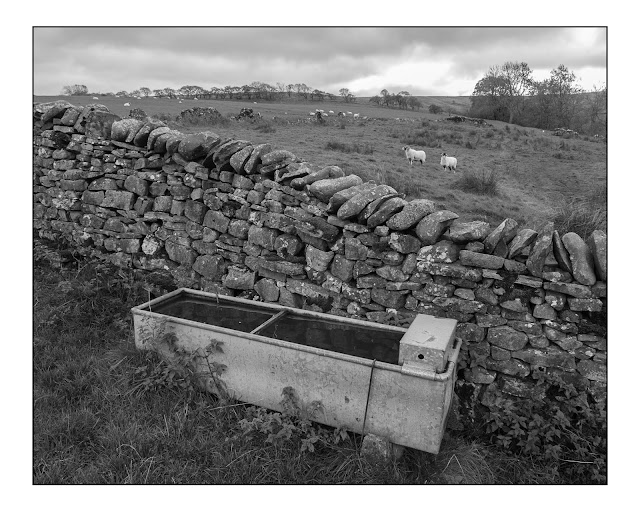 At this time of year the afternoons are short and where there are hills can be even shorter. Taking a step too far into a bog was what curtailed my afternoon. I headed home to dry my boot off.

Amazingly thhe early part of the week which followed was warm and dry for a change. On Tuesday I put my dry boots on and went for a look around the wood with a plan in mind. That didn't work but I tried a few shots of the recently harvested maize fields on my way back. There's something to work on there, but I'm not sure I can be bothered looking for it. I can't help thinking that pictures without people in them have little value on their own. Perhaps in series they would work better? 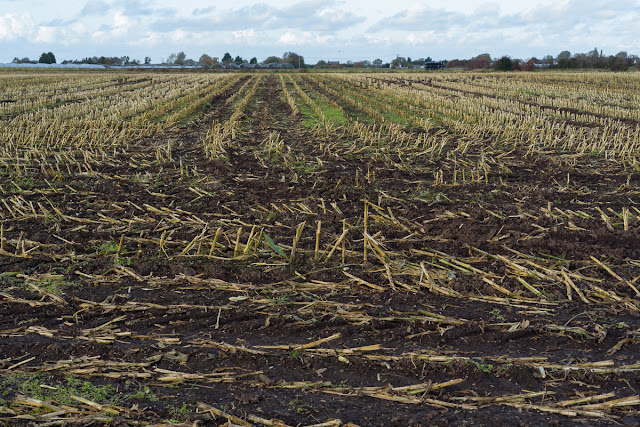 Still having a feeling of disinterest about photography I made the effort to get out early for yesterday's big sale, not really expecting to do much more than tread familiar ground. The early arrival did get me some views of empty pens, and an increased entry form last year meant there were additional pens set up outside. Nothing startling, but 'paragraphs' added to the visual story. 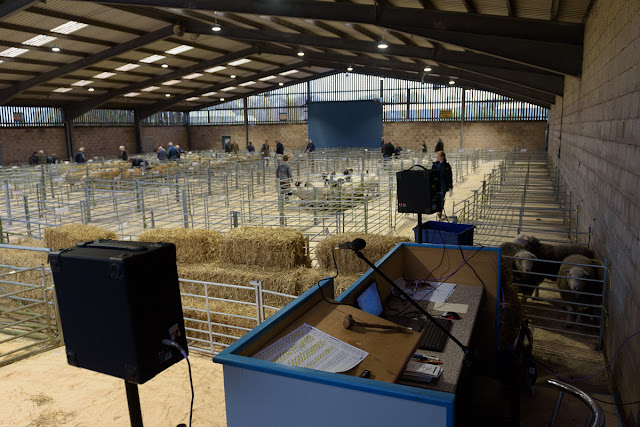 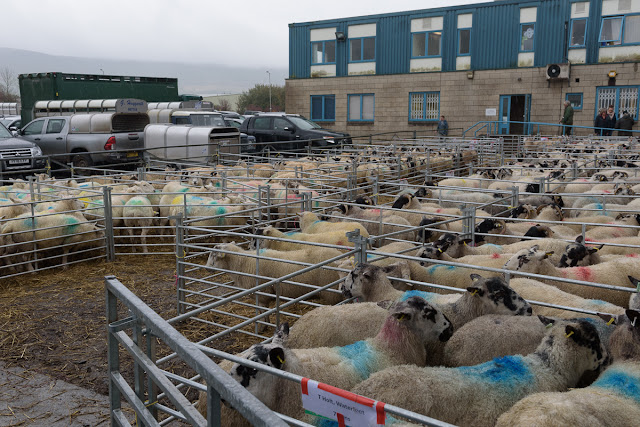 Another step in the right direction was getting a picture of the electronic tag scanner lit up. Perhaps not as good as it could be, but it's been recorded now. 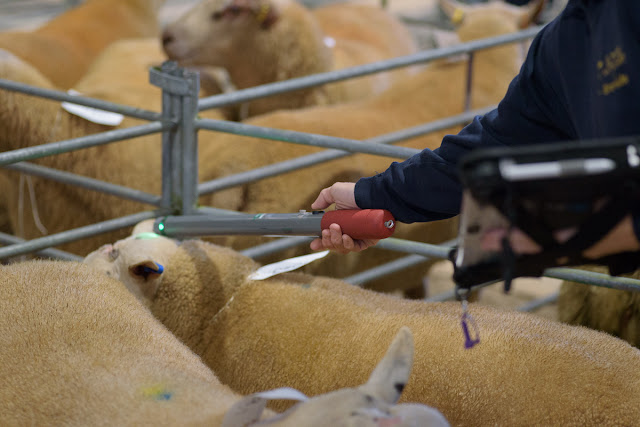 I tried a few eye detail shots but the light was dim and the sheep never stop still. The best way to take these sort of shots would be in full daylight with someone holding the sheep. Maybe at next summer's shows. 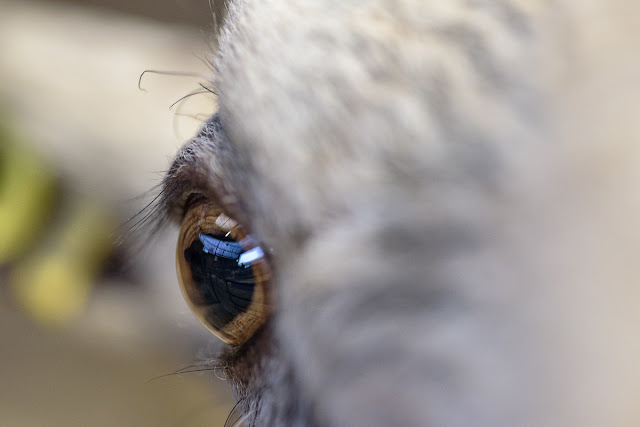 Once the sale started I divided my time between the main ring where groups of breeding ewes were being sold and the temporary tup ring. The main ring I have photographed often and there's not much new ground to be covered.

I was trying to get a picture from behind sheep as they entered the ring but timed them all wrong. The accidental 'sheep's eye view' of the open gate, on the other hand, seemed to work quite well for some reason. 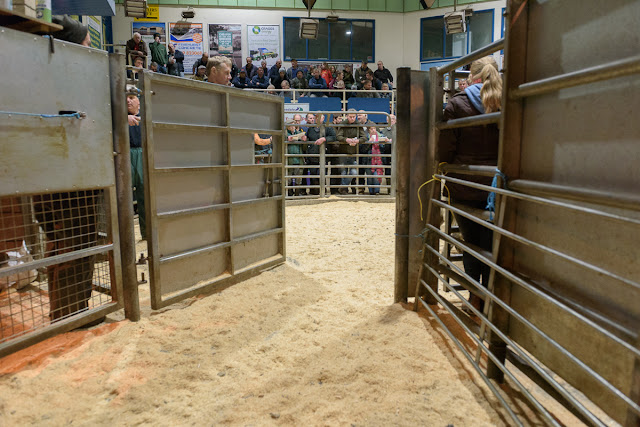 Other than that it was low-level pictures of sheep and people, or wide views from up the steps to the café - as usual. 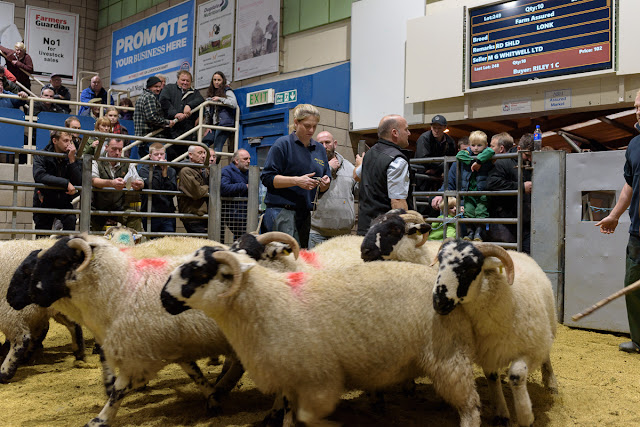 The temporary ring was different. The layout changed from last year for one thing, but mostly it's more intimate and busier. With that in mind I tried to make chaotic pictures. Some were OK, but none were outstanding. 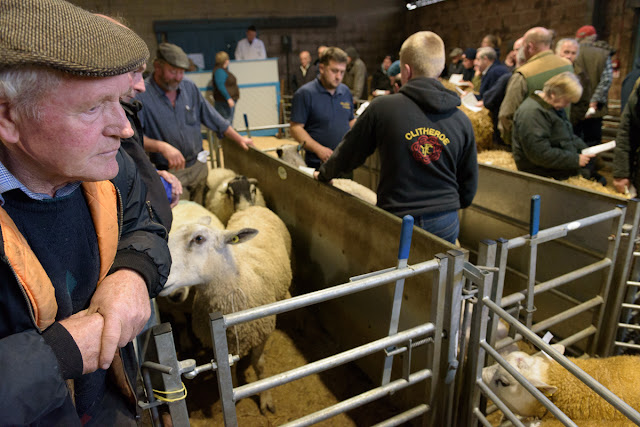 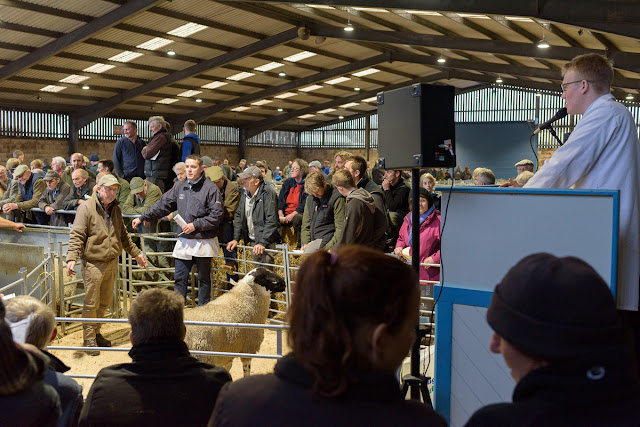 After four hours my brain begins to fade and as I had to get to the Post Office in order to catch the last collection I left around two with the sale still having a long way to go. The rain had already returned long before then. More pics here.