Seeing Bill Robertson tweeting pictures of bridges on the northern reaches of the Lancaster Canal gave me the prod I needed to start on a long considered look at my local cut. Although I've taken plenty of photographs along it's length over the years I've never made a concerted effort to document it. On Saturday afternoon I paid a short afternoon visit to the last lock to see if I could find a way in to start a project. It would be a handy, as in nearby, alternative to the moss seeing as there won't be much more to photograph there for a month or two. Besides, having an alternative might revitalise me for a return to the flatlands.

The day had turned misty by the time I got out, which didn't bother me. Winter can be pretty miserable so no need to make shiny happy pictures. How to approach the subject? As always it's the choice between scenic or formal/geometric/abstract for me. But always fairly prosaic. 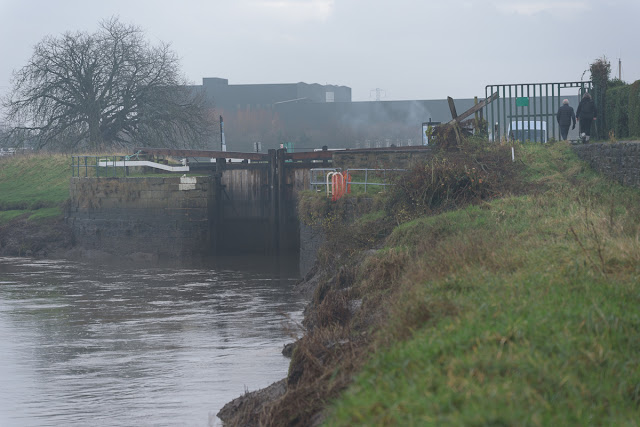 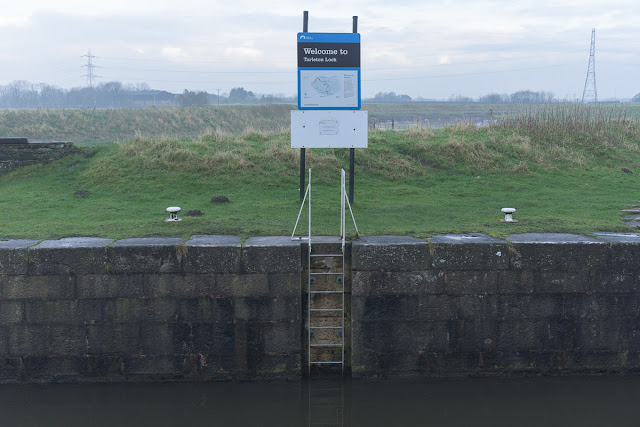 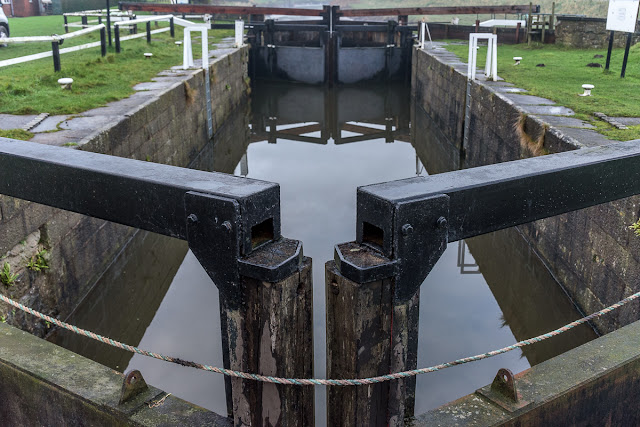 Away from the locks canals can be fairly boring, as in lacking variation, until a bridge is arrived at. My initial idea was to document locks and bridges. So that was how I started to formulate a plan. 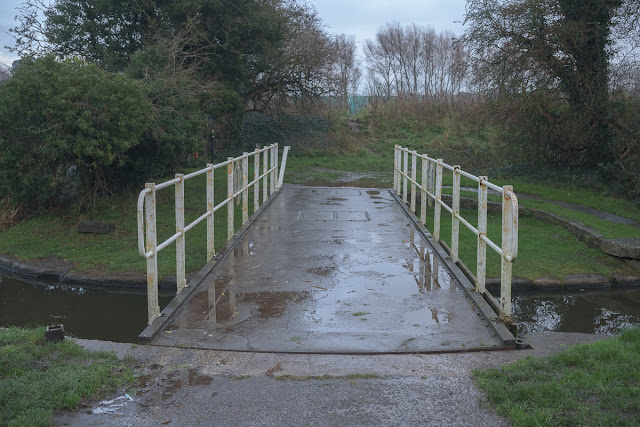 Plans and me don't go together well. I can make them, no problem. That was what I did. Found a map of the canal and worked out where to go to photograph each lock and bridge. Saturday dawned sunny but I had work to do. When I got to the cut I discovered what I already knew. Mornings are probably the best time to take photos along most of the canal as it runs north-south and the towpath is mostly on the east side. At this time of year the sun would be shining along the canal after noon. With it also being low in the sky as we near the solstice that limited my options. It did provide some benefits though, as in highlighting texture and providing silhouette opportunities. 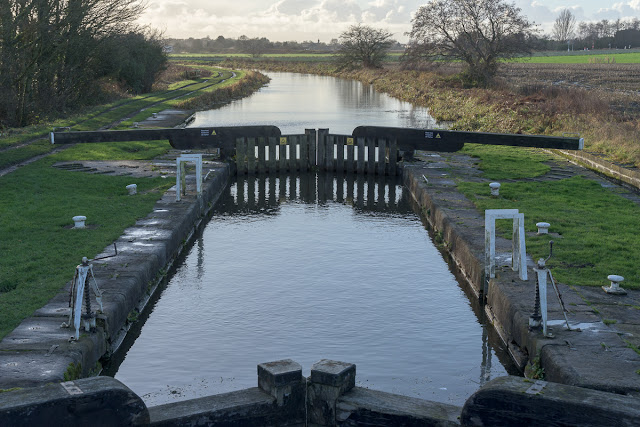 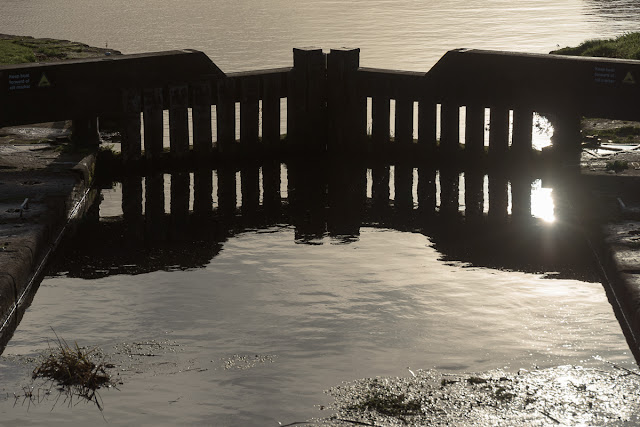 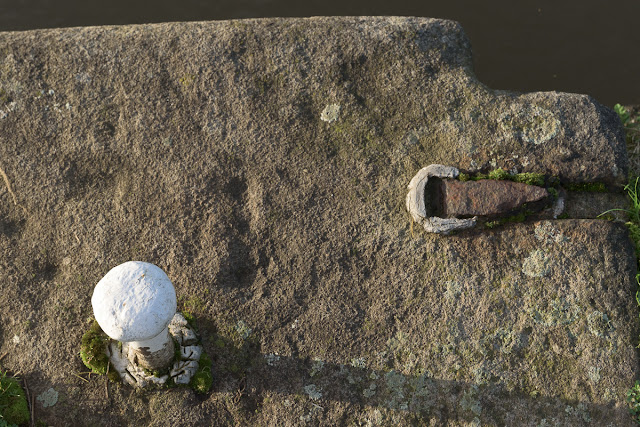 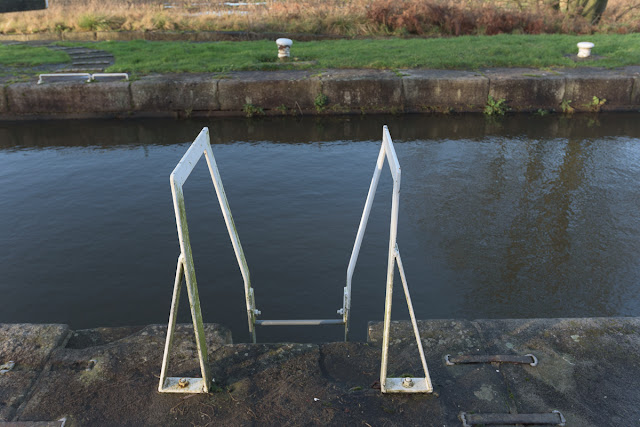 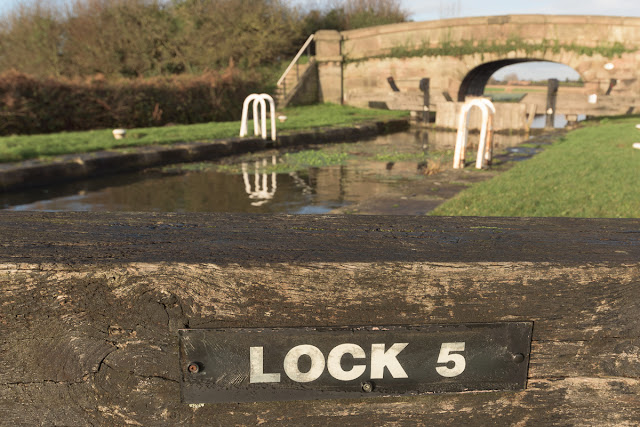 At the time I felt like I'd made a lot of good pictures. Looking at them on the screen told a different story. Mostly dreck. There ended the project! Not because the pictures were rubbish but because it was relying on following a plan. If I am going to start a canal project it's going to have to take a different line of attack.

In terms of pictures taken the above is about my lot for the week. A couple of good technical things have come out of this last week's dismal efforts though. One day I deliberately took a different lens along with me to accompany the 35-150 which I thought was a bit 'cool'. I took a couple of photos using the same settings on the other lens and the zoom and inspected them on the computer. In a 'blind' test the zoom actually looked to have made a slightly warmer picture.

The other thing is that I took both that zoom and my wide zoom on my Saturday ramble. For photographing the locks and bridges the wide zoom was useful. I suspected it might be because on the Friday 35mm had proved a bit limiting. The reason being that space at the locks is often cramped where the best vantage points are. Plans to chop in the wide zoom are on hold for now.

Sunday was a dismal day of rain. Once work was done I was at a loose end. Twidling my thumbs I decided to grasp the nettle that is my meanygate project and sort through 3,000 pictures to try and put some sort of order to at least some of them. This I managed by selecting out the more geometric fieldscapes. After two or three passes through the initial selection I now have it whittled down to 108. I've put them into 'contact sheets' and am letting them brew for a while before having another go at editing them down to, probably, a zine format. 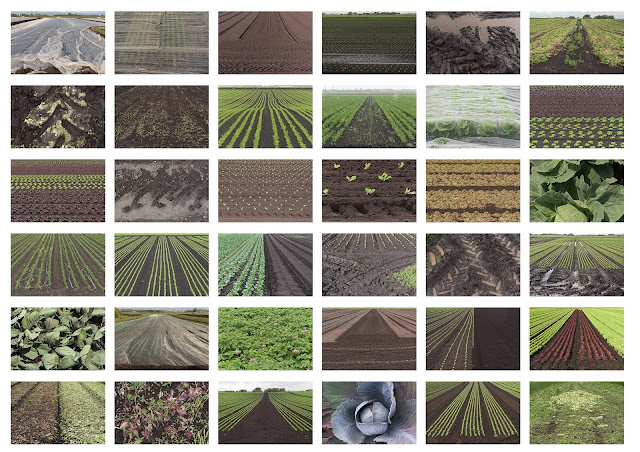 While going through the files I realised that there are more pictures of fieldwork that I'd imagined. Editing those down will be the next task. Depending how both edits go I'll either make two zines or one zine of the geometric pictures and a larger book of a combined edit. I must say that a grid presentation of the geometric pictures could work well. Trouble is that grids are difficult to present at a meaningful scale as some of these pictures need to be viewed at A4 or larger to see the important finer detail.