I was sure I'd written about book number 4 in this blog before, but the search function failed to turn anything up for either title or author. Despite my prejudice against black and white photography in the 21st century Hunting with Hounds by Homer Sykes, published in 2004, makes it to my desert island on the strength of the pictures and the subject matter. Those paying attention to my choices may have spotted a theme among my preferred subjects. 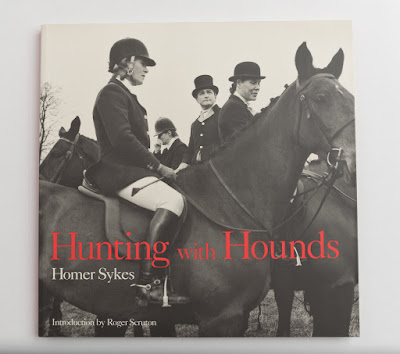 This book documents the last year that certain kinds of hunting wild animals with dogs was allowed in England. If there is a 'side' being taken it's not immediately obvious to my eyes, although the introduction is written by Roger Scruton. It is not all whippers in and stirrup cups in the gently rolling hills of Old England. There's lurcher work and ratting too. 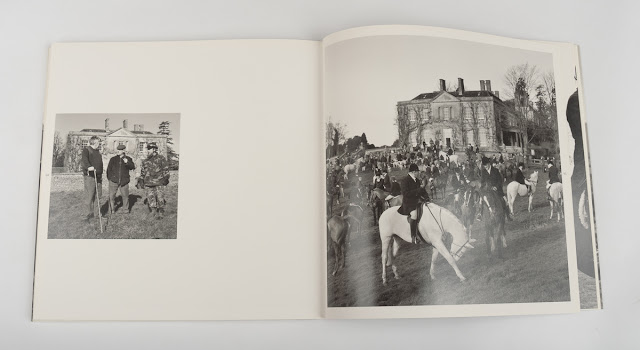 Leaving aside ethical or political concerns surrounding the subject matter the photography is of the classic documentary type, but in square format rather than 3:2, with the subtle humour of Tony Ray-Jones and a touch of nostalgia. The nostalgic aspect is unavoidable as this is a record of the end of something in it's current form, in its legal entirety in some cases. 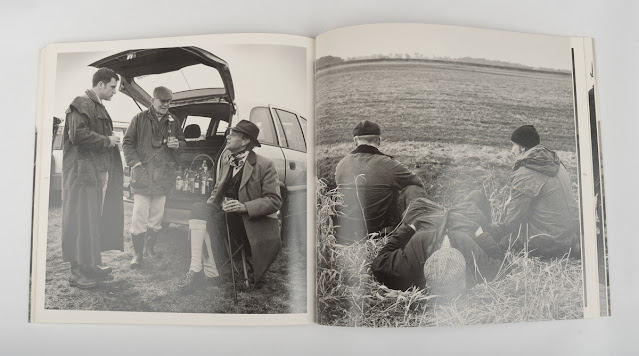 There are short texts at the start of each section which are invaluable to anyone who knows nothing of how hunting is/was practised. Increasingly I find that such texts are invaluable in making a photographic documentary project work for a wider audience than that of photographers and photograph enthusiasts who are concerned purely with the pictures. 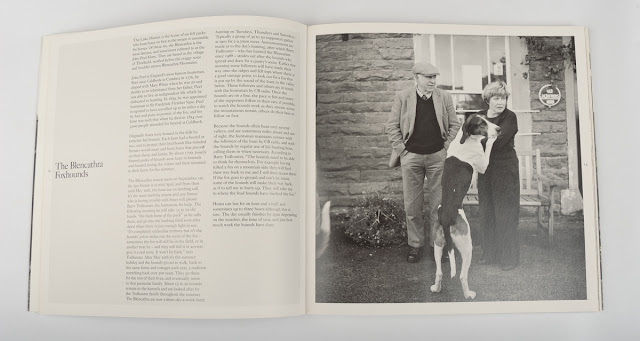 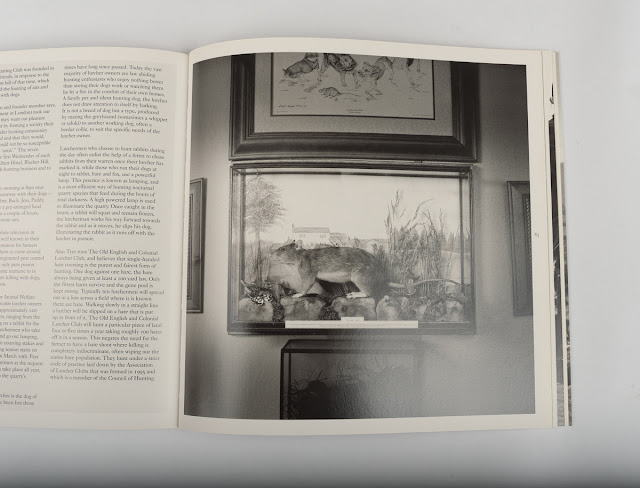 As an object the book is nicely printed in a sturdy softback format. I wish more photobooks were produced this way rather than in lavish hardbacks for the simple reason that it keeps the cost down without compromising the reproduction of the pictures. This can only be a good thing for getting the pictures and the story to as many people as possible, instead of keeping it within the narrow confines of the photo-world.
Posted by Dave Lumb at 21:55