It's decades since I last went into the local wood. These days it's well trodden, less overgrown, but much the same. The sun broke through late in the day after snow and sleet. It was setting fast though. The wide angle was the right choice for the claustrophobic environment but once more I was thwarted by the lack of a tripod - which should be rectified later this week. 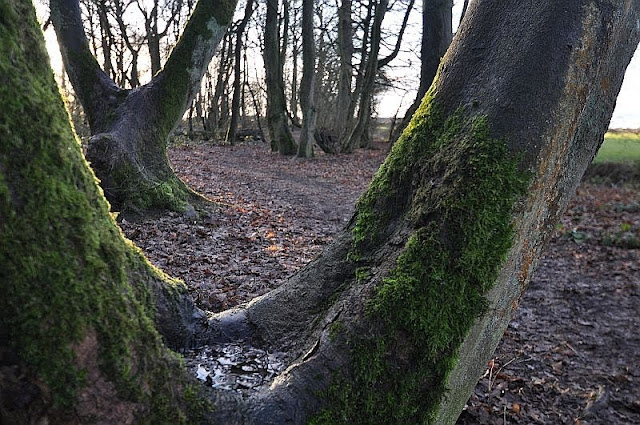 Walking back home with the light really fading I messed around with the flash values for some fill-in at the pavilion. I'm not not a fan of flash this seems to have worked reasonably well in highlighting the metallic surfaces. Although I prefer being in the countryside with it's natural forms and colours I find making photographs from the hard edges of the built environment much easier. 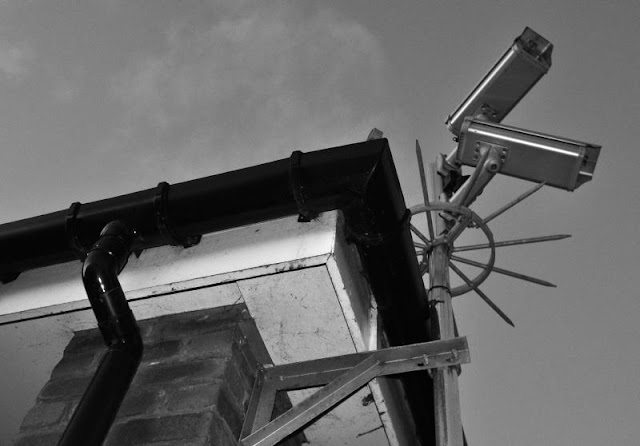