"If you consider a Automatic 'P&S' to be a a camera to use for a pro or to do a job with other than back up... If that is so, then it is a SAD SAD out look.

Anything on auto does not Warrent the 'PRO' title. Give my Gran a Point and shoot and hey presto!!!!!!
You need skill in use of equipement and more Skill in compasition and people skills.

Had to laugh at those who use I-Phone for shots. What is the world coming to????

It just dilutes and de values the 'REAL' photographer!!!

Angry? Yes I am!!!! Tired of wanna be's play acting , under cutting and cheaperning this Fantastic and superb industry that is Photography." - LINK

When I read stuff like that it makes me love the internet! It sounds remarkably like a journeyman painter of the 19th Century moaning about the advent of photography and the imminent demise of his craft!

Many industries have grown out of amateurs and hobbyists selling their creations as a sideline and expanding the operation to eventually make a living wage. There is high irony in the concept of the photography industry being undermined by amateurs for it was started by amateurs setting themselves up to make family portraits available to the masses and not just those in a financial position to engage the services of the aforementioned journeyman painters!

The fact is that since the invention of the small, cheap, portable camera photography has democratised image making. Anyone with a Box Brownie (I have one somewhere!) was in a position to take an iconic image just as anyone with a camera-phone today has.

The only difference is that there are more people with camera-phones than there were with Box Brownies, and they have them on their person more of the time. So the chances of a truly globaly recognised image being taken with a camera-phone are increasing daily. The image may not score highly on technical merit, or even compositional style, but it has every chance of becoming as iconic as the Zapruder footage.

Today's point-and-shoot pocket cameras, and the better camera-phones, are as capable of turning out better exposed and focused results with less input from the operator than has ever been the case. The processing done by the chips becomes more and more 'intelligent' with each generation of camera. They may never come to read the photographer's mind, but they do a darned good job of making images that look the way we see them.

Photography is an industry, but it is also an art form, and increasingly importantly a means of self expression and communication. It has always been far more complex a medium than other visual media , not least because it has always had the potential for mass distribution, to an even great extent than art print techniques have (all of which degrade the image as more are reproduced). Photographic prints on paper were/are easily carried and displayed. Reproduction in newspapers, magazines and books enhance distribution. Now digitised images and the wonderweb take the distribution beyond the originator's control and to an almost infinite audience. And anyone can set the train in motion with a simple press of a shutter button.

The only difference between a happy snapper and a pro is that the pro has to turn out images that please other people.

With that in mind, here's a recent image I like (for reasons I'm unsure of). If you don't like it, tough! 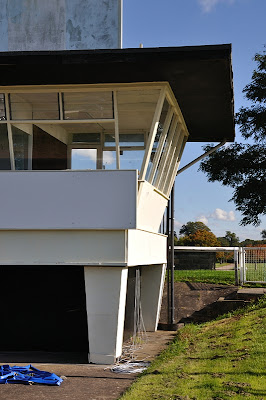