Watch it while you can : http://www.bbc.co.uk/iplayer/episode/b01p0rrc/imagine..._Winter_2012_The_Many_Lives_of_William_Klein/

If that doesn't make you think about photography you probably aren't interested in it. Apparently (from reading posts on forums) there are people who style themselves as photographers who profess no interest in the history of photography (as it won't help them make their photographs any better) and who think that studying the works of  'old' photographers will teach them nothing, and that they prefer to look at the works of current photographers. I don't know how you can make such people see the error of their ways.

Klein, who studied painting under Léger, is a prime example of someone who has been influenced by all that has gone before as well as what is contemporary. The list of prominent photographers who first studied painting, or other visual arts, is a pretty long one.

Today's news is that Lomography is 20 years old. Who cares? It's all about style over substance. Or perhaps it thinks it's medium is its message. It's one thing to be influenced by work from the past, quite another to ape the limitations of the medium that have been superseded. To my mind this is more about craft (in the quilting bee sense) than anything to do with creativity or self expression. It's only one small step removed from degrading digital photographs to make them look like they are art. It's superficial and facile. Probably all the great photographs have been made 'straight', and will continue to be made so.

The other day I was talking to an acquaintance of mine, who used to get paid for taking photographs in a previous life, and we came to the conclusion that the trend towards 'compact system cameras' (CSCs) is best avoided. Our reasoning was that although the trade-off in image quality isn't too bad the cost savings don't justify it. You get the benefit of a small, light camera, but to get the best of lenses you are paying nearly as much as you would for DSLR equivalents. By the time you have a fast lens on these cameras the bulk has increased along with the weight. And they still don't quite match DSLRs for performance.

I was tempted by a Sony Nex - APS size sensor and a viewfinder (albeit electronic) - until I reached the opinion that this middle ground is best left alone. (The fact that there isn't a fast, affordable 24mm for the camera is also a turn off as that's my preferred lens on crop sensor DSLR for carrying around town - whoch is what I'd use a CSC for mostly.)  Either put up with the 'cumbersome' DSLR or use a true compact camera. For all the niggles I have about the X10 it can produce the goods. There are times when it's 'faults' can be used to advantage. While the depth of field separation that a large sensor can provide is often useful, so can be the lack of such separation from a much smaller sensor. The increased depth of field for a given aperture (and thus shutter speed) makes hand held landscapes much easier. 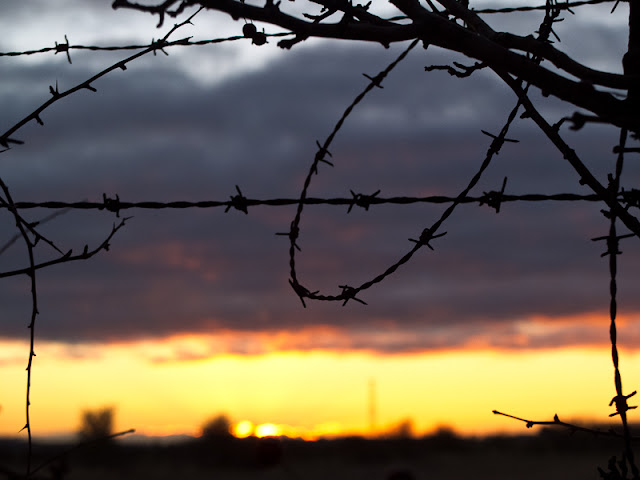 I'm not sure about the sunset above. There are things I like about it - the natural and wire thorns for one.  With the sun setting so quickly I hadn't time to 'work the subject' as well as I might. I think I ought to have used that increased depth of field I mentioned above to advantage here.

Lack of depth of field was what I was playing around with below, throwing the grille out of focus to make the reflection sharp and prominent. Not shallow depth of field for its own sake, as has become fashionable. Horses for courses. 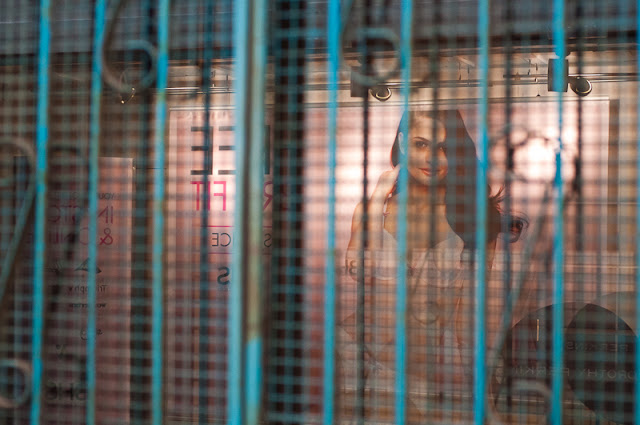