Not being able to move about much after my road trip lead me to have a prolonged period of inactivity on all fronts. Even work was difficult, and anything involving walking around and bending down was out of the question. With too much time on my hands my brain became over active! When that happens and I turn to thoughts of making pictures I begin to question my motivation.

Logically I have always known it is pointless outside of what the process involves internally. I can get the same mental stimulation from trying to catch fish. Both processes are about trying to solve problems - how to make successful pictures or how to convince tiny-brained fish to get caught! Fishing has an outcome which only matters to me - a fish landed. Making pictures has an outcome which, in the eyes of society, is supposed to matter to others - a picture. Pictures are for looking at, or (in today's parlance) sharing. If nobody else looks at your pictures then they are imagined to be purposeless. Which leads to a photographer like Vivian Maier, who kept all here photographs to herself. I guess the point for her must have been the doing rather than the showing. Is that enough? Is such self gratification something only possible in a decadent society? Should I give up taking photographs and go fishing instead? When my back improved I went fishing!

For over thirty years my sole use for cameras was to take photographs when I was fishing. Naturally enough a camera accompanied me to the waterside and I made some pictures. I say pictures rather than photographs, for although they were to serve as illustrations I still tried to make them work compositionally rather than them be record snapshots. 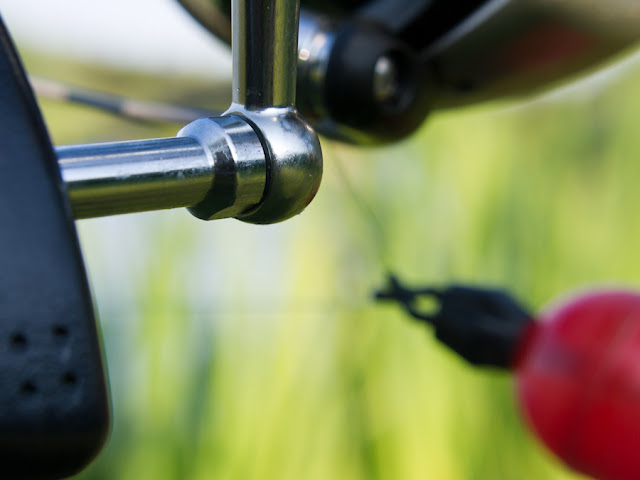 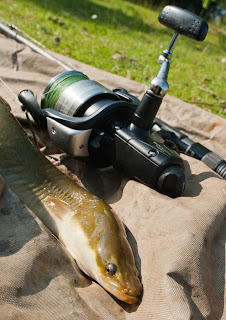 These are pictures which do have a purpose. They illustrate my fishing blog, both by serving to inform and by breaking up the web page visually. I also know that people look at them. So they are not 'wasted' in that way. Although it is an unknown if they are appreciated!

All that said they are pictures which are only likley to be appreciated by a small fragment of the population. When you consider the majority of photographs made by serious artists the same can be said. The majority of such pictures are made to be appreciated by people who have an interest in making pictures in a similar vein. The only photographs which reach a wide and diverse audience are journalistic pictures.

Does any of this matter? I really can't decide if pictures have to matter to anyone other than the person who makes them, or if they have to serve a purpose other than existing. In this world where photographs are so ubiquitous, and so overwhelmingly ill considered, they mostly get no more than a cursory glance at best it becomes difficult to justify making any more to add to the visual white noise.

In an attempt to see if I could make photography matter again I thought a strong wind would have the kitesurfers out in force. How wrong I was. This was probably a good thing as it forced me to look for pictures elsewhere. There weren't many around that I could make with the lenses I had with me. A macro, or close focusing wide angle, lens might have helped me make something of the small scale landscapes I see surrounding the tidal pools formed in the sand which remind me of the stratification of rocks seen in photographs of the Grand Canyon. Shooting these features from a distance or in wide vistas doesn't get the feel of them across. I made do with trying to make some naturally arranged still lifes. 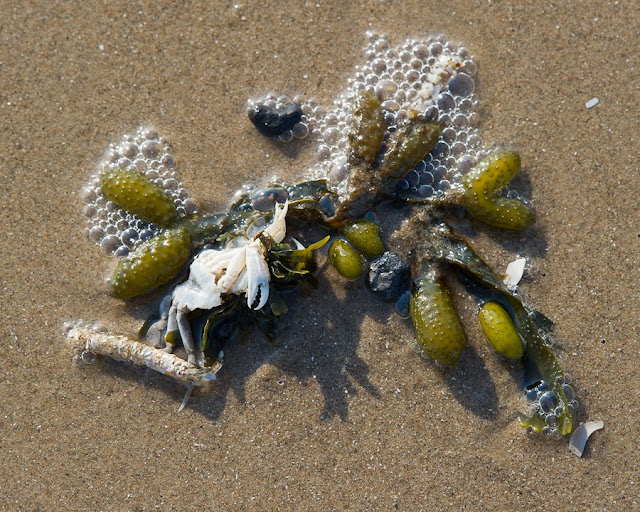 That's how I see things at some times. At others I think making well considered pictures is fascinating, as is trying to understand them. There's no doubt that we do react, even in subliminal ways, to pictures depending on how they are made. One object or scene can be photographed in different ways within a few seconds and the results will have different meanings. 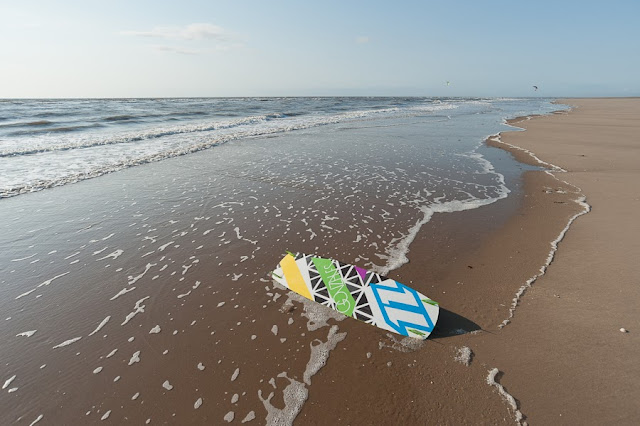 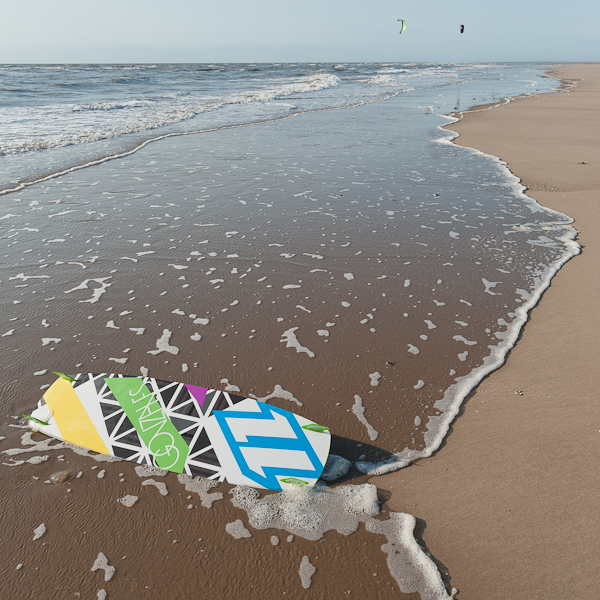 Point of view can act similarly by altering the light, the content or both. Neither of the pictures below are particularly good (borderline for deletion), but they made me think. 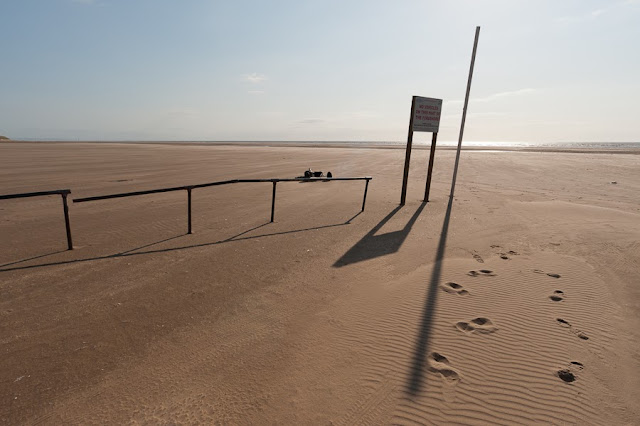 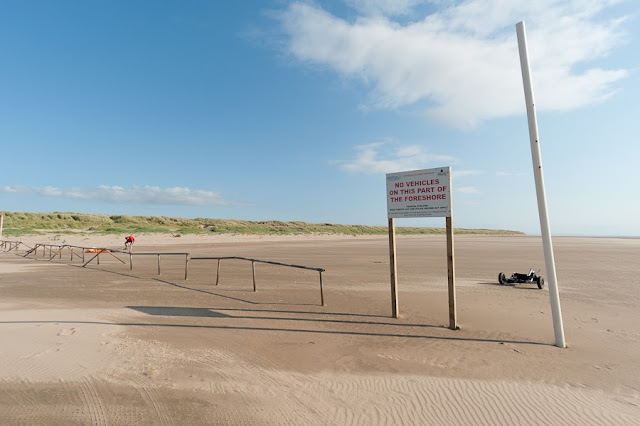