When the sun shines my thoughts tend to turn to fish rather than photos - particularly when I'm 'stuck'. One way to try and get unstuck is to trawl through the archives to see if there are any avenues worth revisiting, or pictures you might have missed. Doing this recently I concentrated on the photographs I've taken at the beach. I wanted to see if there were any themes which emerged. Figures scattered over the sand was one I knew would crop up and I found two which I had discounted.

The first one with the horses must have seemed boring on first viewing. Looking at it afresh there appears to be more to it, albeit in a quiet way. The colours are harmonious and the angled patch of water aids the circularity of the composition - the two groups of horses and riders facing the centre of the frame making the circle the eye follows. 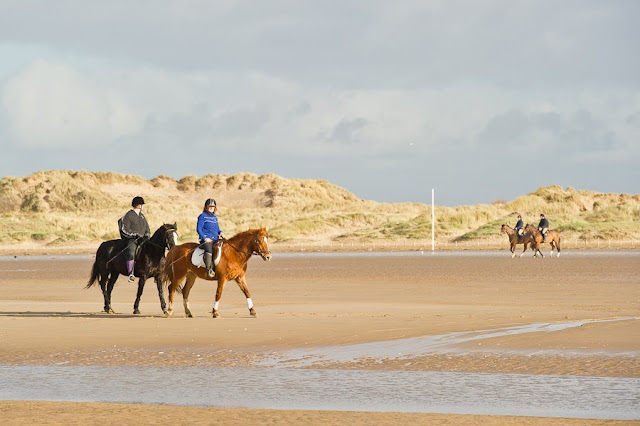 The second picture I remember being almost satisfied with at the time but slight niggles spoiled it for me. The dog looking away from the camera being the main niggle. With the passage of time that seems less important and overridden by the ambiguity of the shadow of its tail suggesting that there might be two dogs. The red clothing and dog collar are just enough to add to the picture. 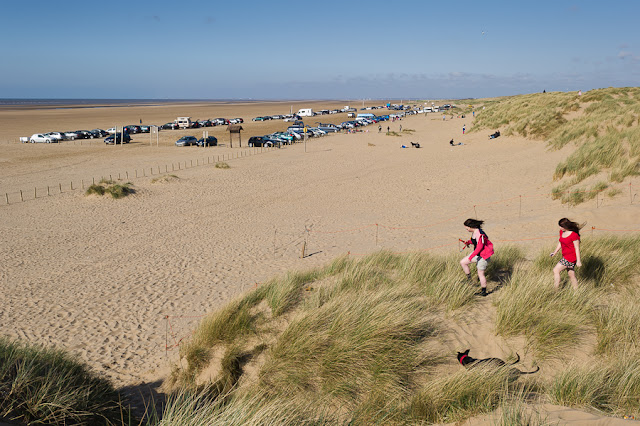 Looking at the picture I'm trying to work out if it has a subject, or if it tells a story. It undoubtedly has a different meaning for me, and probably anyone who knows that beach, than it does for someone who hasn't a clue where the place is or what goes on there. That's the case for all photographs I suppose.

Reading the editorial of an Outdoor Photographer magazine I'd been given which mentioned how landscape photographs never contain people I was immediately struck by how many of the photographs of landscapes I make and consider successful as pictures do contain people, even if they are only small in the frame. I also thought about the landscape pictures I like looking at most either contain figures or signifiers of people in the form of buildings. They add points of interest to the pictures in ways that trees, rocks or driftwood don't. But are these landscape pictures? Maybe they're documentary photographs? Yet again I fear the heavy hand of genre categorisation at work. Everything has to be labelled and pigeon-holed.

A third picture I found in my trawl was this one of a spaniel. What probably miffed me earlier was the toe of the boot just cutting the edge of the frame. But that's not the focal point of the picture, the dog is, and the pose of the dog now seems to have enough tension in it to work in the picture. Maybe it doesn't quite make the cut as a successful picture. It's not worthy of deletion, though, even if it only serves to remind me to try and make a similar, but better, picture some time. 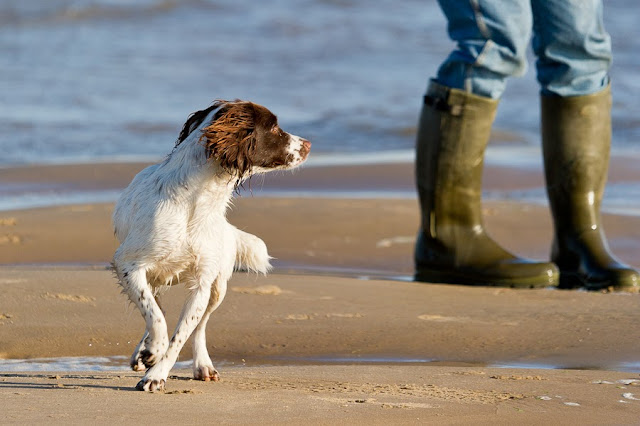 Revisiting my archives has certainly got me thinking about doing some more stuff at the beach, with a tighter focus. I just have to wait until September October when they stop charging to drive on the shore in office hours!