On Sunday afternoon I almost went fishing, but I thought there might be a lot of other anglers about, so headed for the last resort with the cameras. I forced myself to use the short telephoto for as long as I could bear it. For some reason this resulted in me making the majority of my pictures in one way. Centring the subject which was usually something graphic - the telephoto helping this by compressing the perspective. The light was pretty flat, which helps with some subjects as too much shadow and contrast detracts from them. It makes for subtle images. Not the sort to garner loadsa likes on sharing websites. 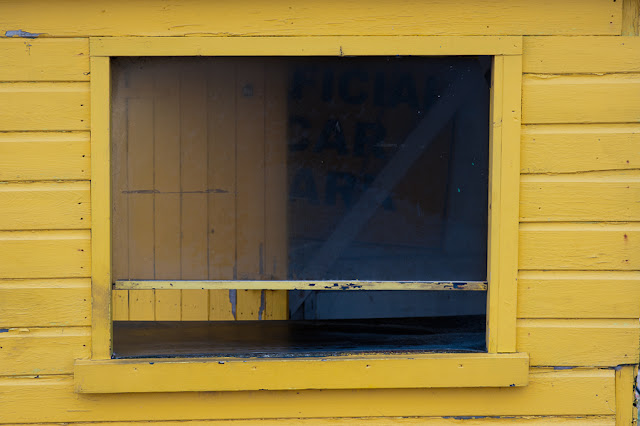 I hadn't been along the pier for some time. There's not really much there to be honest, not even too many people. With the pier being a confined space, in terms of width, I put the telephoto away and went with my beloved 28mm. I read something on the web about how this focal length, when you centre something in the frame, creates leading lines which direct the eye to the subject. A while back I read a description of William Eggleston composing like the Confederate flag. He uses the same focal length a great deal.

What I like is the way it is wide without being distortedly so. As such it creates a feeling of space in pictures without the exaggeration of wider lenses. The perspective looks natural - to me. 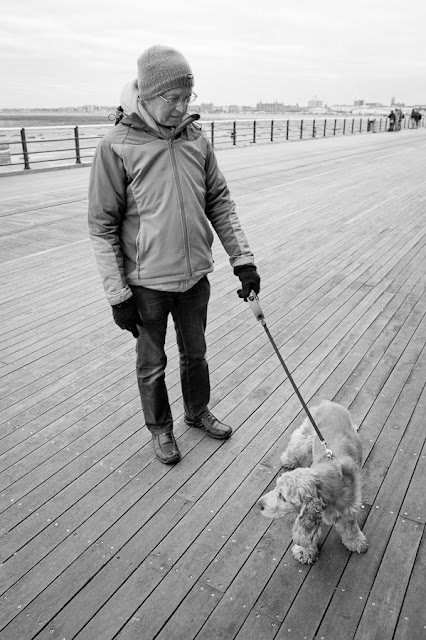 As well as a few dog walkers, and the usual families out for a bracing (cold) wander along the pier there was a group of photographers. That's some of them in the distance in the shot above. I don't know if they were on a photowalk or what, but they didn't seem to be taking many photos. It seems a peculiar way to go about photography to me. I find I need to be in a sort of bubble of concentration and awareness. Difficult if you are in a group.

A fisheye seems like it should work on the pier, but it's a difficult lens to work with. It certainly helps if subjects are centred with this lens. Anything slap bang in the middle appears less distorted than whatever surrounds it. Certainly a bit of a gimmicky lens, but quite fun to use sparingly. 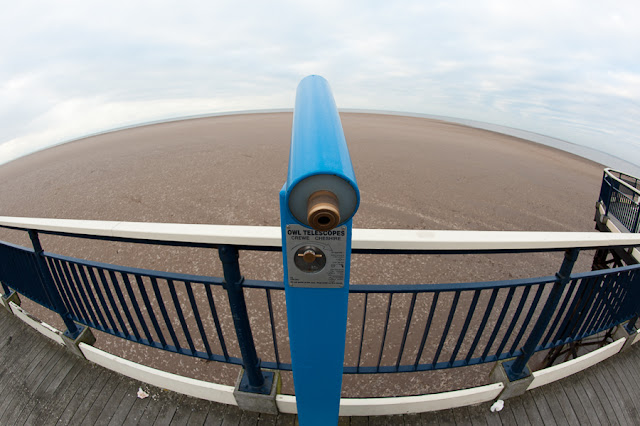 Walking back along the pier I kept stopping to peer (ouch!) over the rails and look down. The car park was unusually deserted, and I took some more almost symmetrical shots - this time with the wider lens. I must have got into that way of looking. 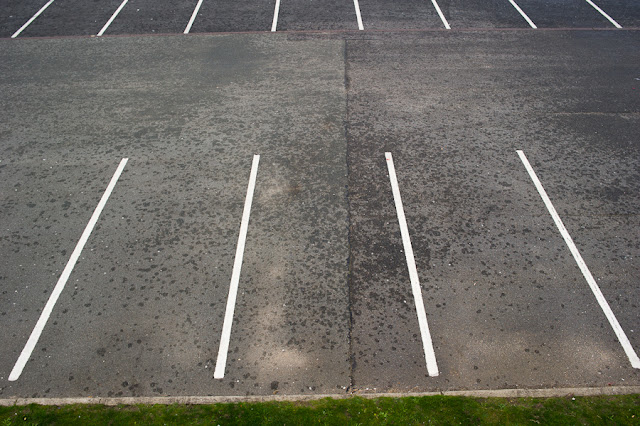 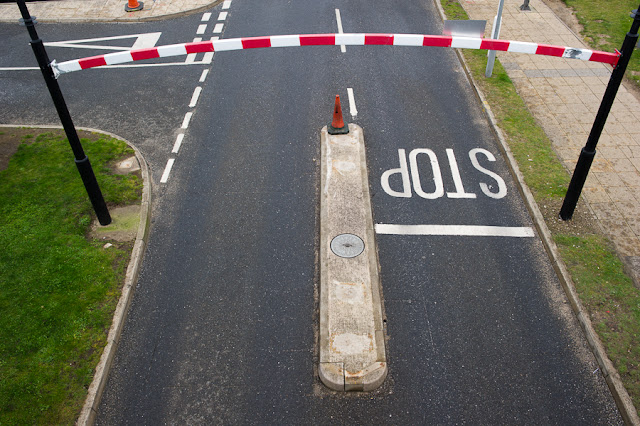 Forsaking zoom lenses really doesn't restrict me. What does hold me back is my obsession with making  pictures that are concerned with lines and blocks of colour. There's so little going on in them, to engage a viewer, that I don't see how they could be of any interest to anyone else but me.