So much for doing some serious photography today. I've entered another 'what's the point' phase through lack of direction and frustration. It was a struggle to motivate myself to set out at all. Although the wind was strong and the sun bright I hadn't intended heading to the kite surfing beach. But that was where I ended up - without a long lens. I did have a polariser with me, which I've been meaning to use more and see if it would remove the blue cast I seem to get at the seaside as I'd read somewhere on the web that it would do. That was the main reason I headed for the sands. It certainly seems to do as advertised.

When I had a cheap polariser it didn't surprise me that it would get stuck to the lens no matter how careful I was not to screw it on too tightly. Eventually I threw the thing away after I'd had to put the damned thing in a vice! I took the plunge and bought an expensive polariser. It's no different. Good job I bougt a couple of filter wrenches. Must start taking them with me.

Lacking a telephoto I took some photographs while a few kite surfers were getting set up. I'm always attracted to contre-jour shots and the colourfully translucent kites breaking the monochrome monotony. A bit of a sunburst and the heightened contrast in the sky from the polariser and things don't look like one of my usual pictures. Shooting into the sun at the beach gives scope for making graphic images - using shadows as shapes as well as silhouetted figures. 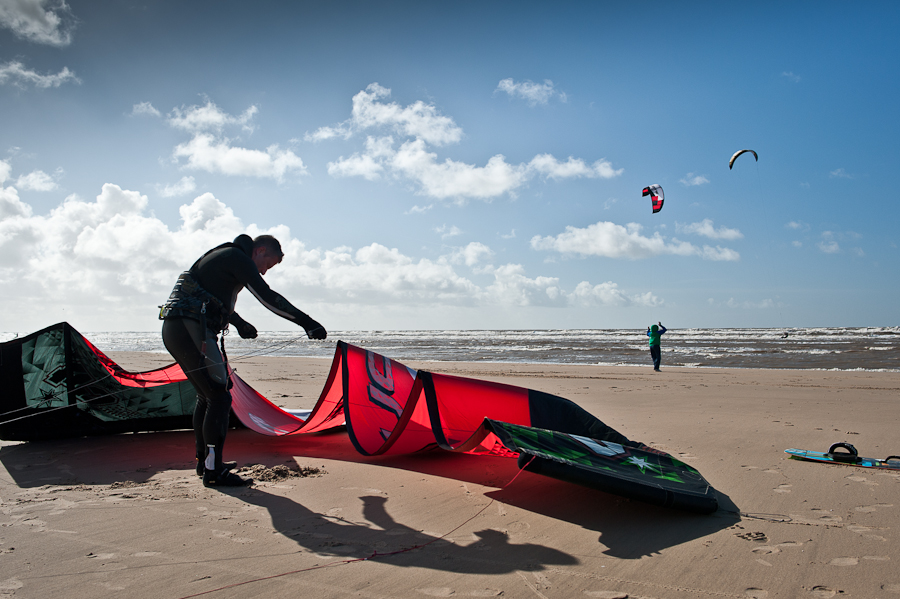 Not having taken a zoom I had a short telephoto on the other body, sans filter, which gave a different look. 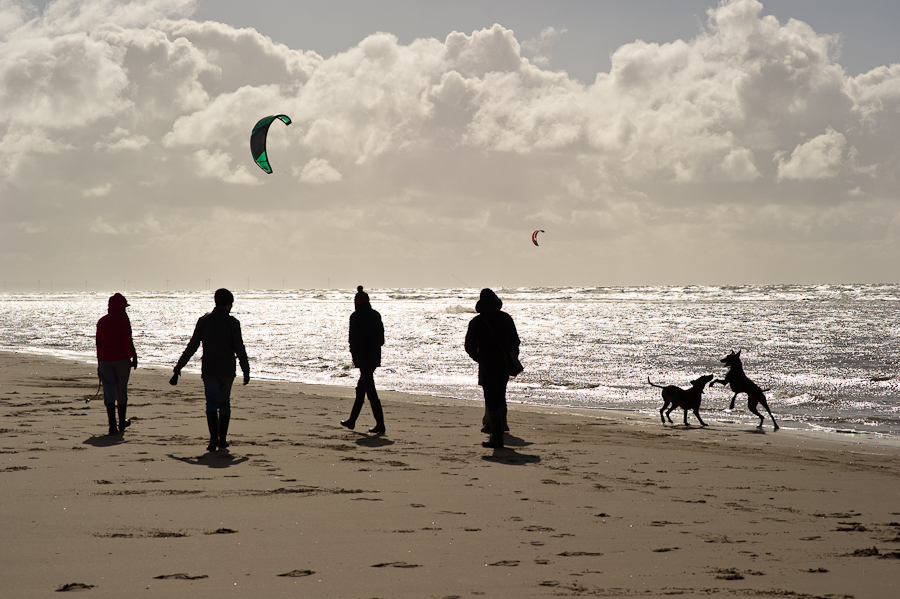 Despite making a few reasonable pictures I still headed for home in the slough of despond!