Although I think landscape photography is the refuge of the unimaginative it's often what I try to do when I'm feeling unimaginative myself! Back to the marsh, from a different direction which the map told me would make for a shorter walk. As it turned out the access point opened up onto a more interesting bit of marsh. One with more gutters to add foreground interest.

Walking along the floodbank the sun was warm (as warm as some summer days) and lighting up the hawthorn hedges. It was also pretty windy. Which is why the photos I tried to make of the hedges all turned out blurred. My tripod was where it lives - propped up in a corner at home. The map proved to be correct and I was soon at the sluice which I had tried to photograph almost a month ago. Once more I'd mistimed my visit and the sun was in my face when looking along the gutter to the river channel. I guess this is a time that HDR techniques, or graduated filters, are called for. Neither of which I was equipped for. So I buggered about with one file on the computer. If a big cloud have come along that might have helped - but it waited until I was trying to use the bright, low sun to my advantage photographing textures in the mud... 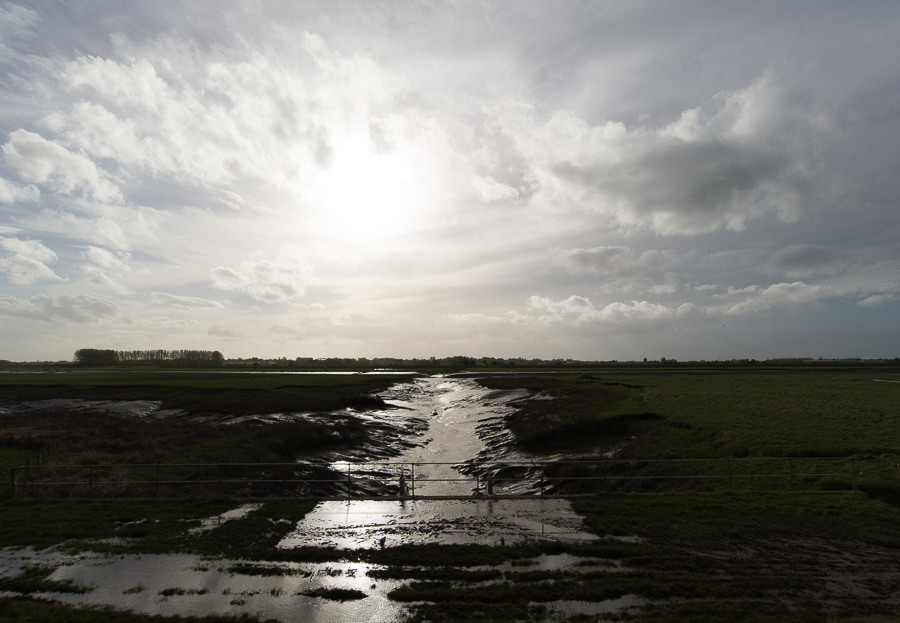 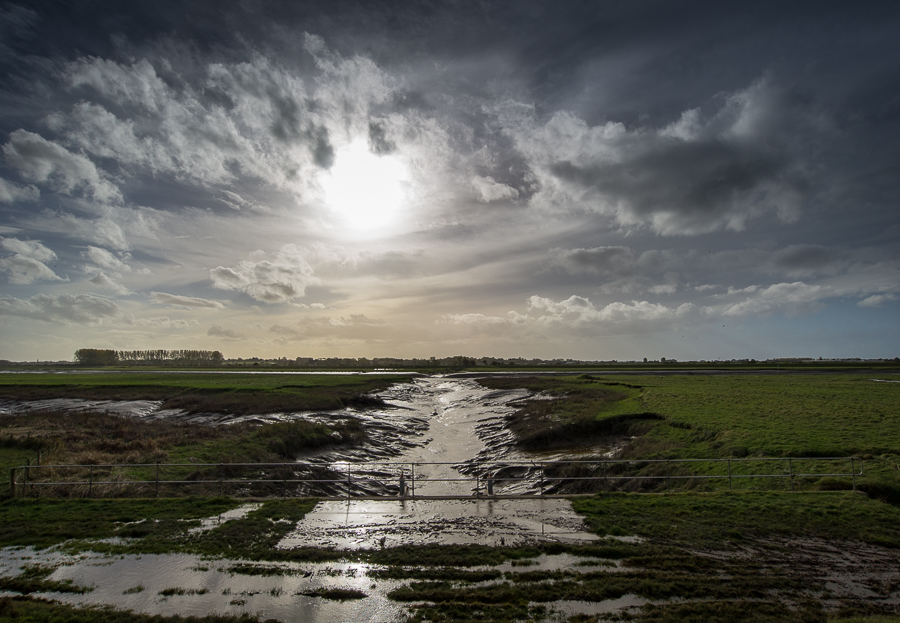 That is the same stand of trees as in the post from a fortnight ago - now almost bare of leaves. When the light you want deserts you it's time to go all monochromatic. Also time to go overboard with the processing in an attempt to draw out the graphic shapes and increase contrast. 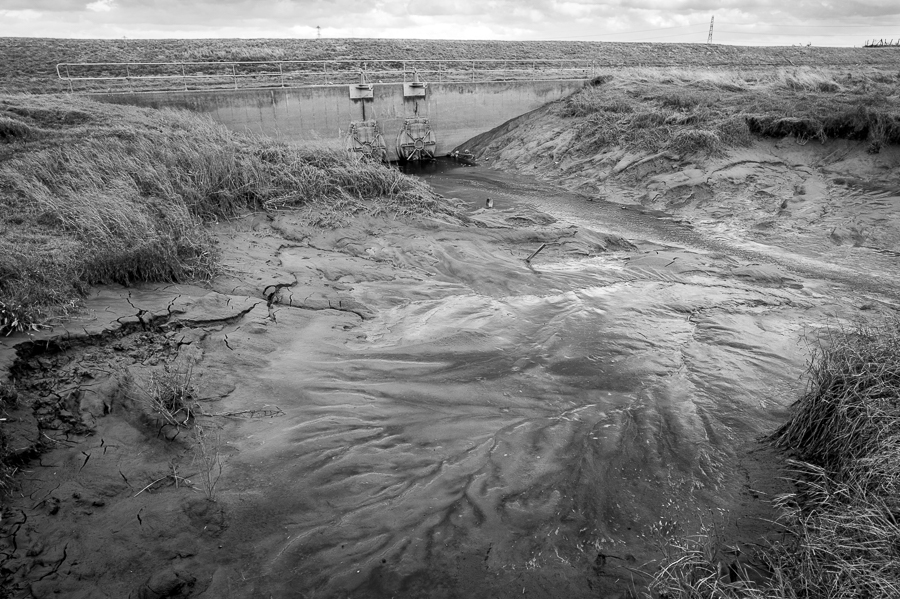 As I was using a wide angle zoom I took the opportunity to make a couple of pictures in 'camera club landscape style' - big thing in foreground and dramatically darkened clouds. The first was a pool shaped like Australia (if you have a vivid imagination). 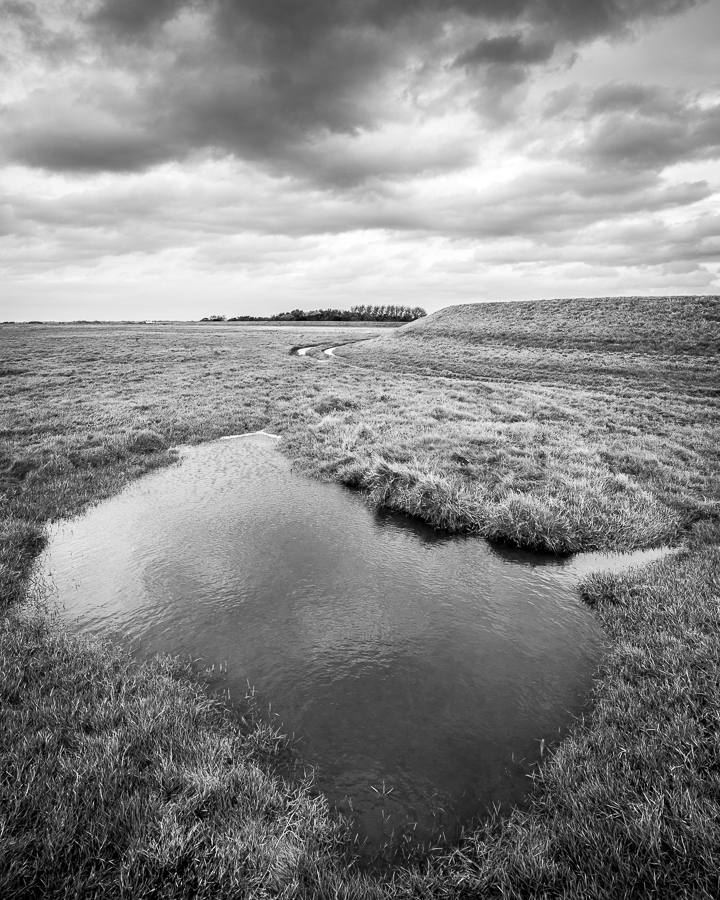 The second a concrete water trough made in 1930 according to the inscription cast on one side. 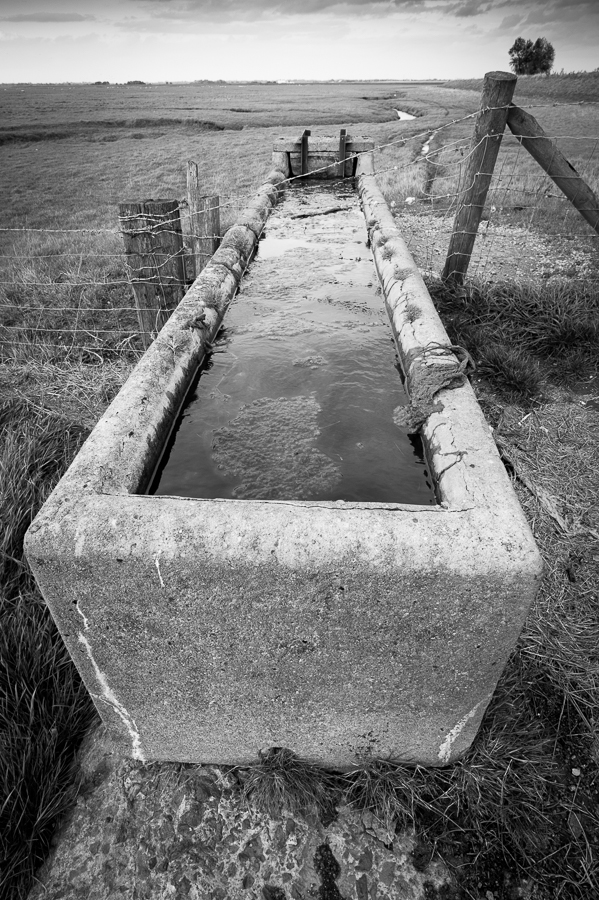 As I'm the sort of person who learns their lessons late, one thing I drew from this afternoon's exercise was that a polarising filter might be a good thing to use when photographing mud. That thought also reminded me that such a filter is good for photographing vegetation too. Grass is vegetation, and there's a lot of grass on the marsh. It is also pretty obvious that an earlier start is needed on that side of the river. Perhaps not at the crack of dawn, but certainly before the sun gets over the river.

By far my most satisfying picture of the day was the first one I took, while the sun was shining, as I walked towards the floodbank.It's the mystery of the small piles of builder's sand that intrigued me. 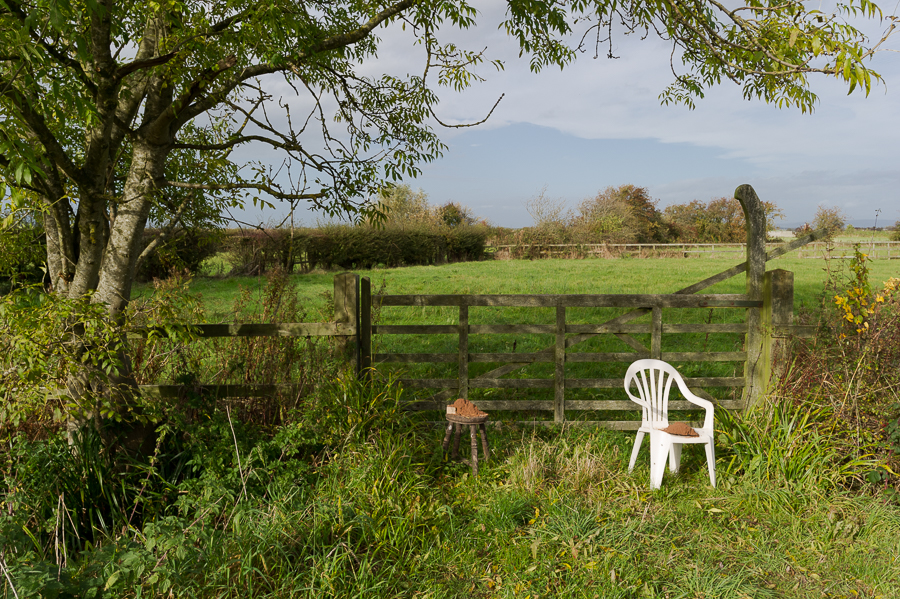 Much more my sort of 'landscape' picture!