The marsh continues to interest me. Partly because it's always there, partly because I'm determined to make something from it. When I saw a chance of a sunset on Friday I hastened over there for the last hour or so of light. I was just in time to see a wildfowler heading over the floodbank. As chance had it I'd gone prepared for any eventuality with two cameras and two lenses. A hasty snap of the guy striding across the marsh ended up being the best shot of the evening. 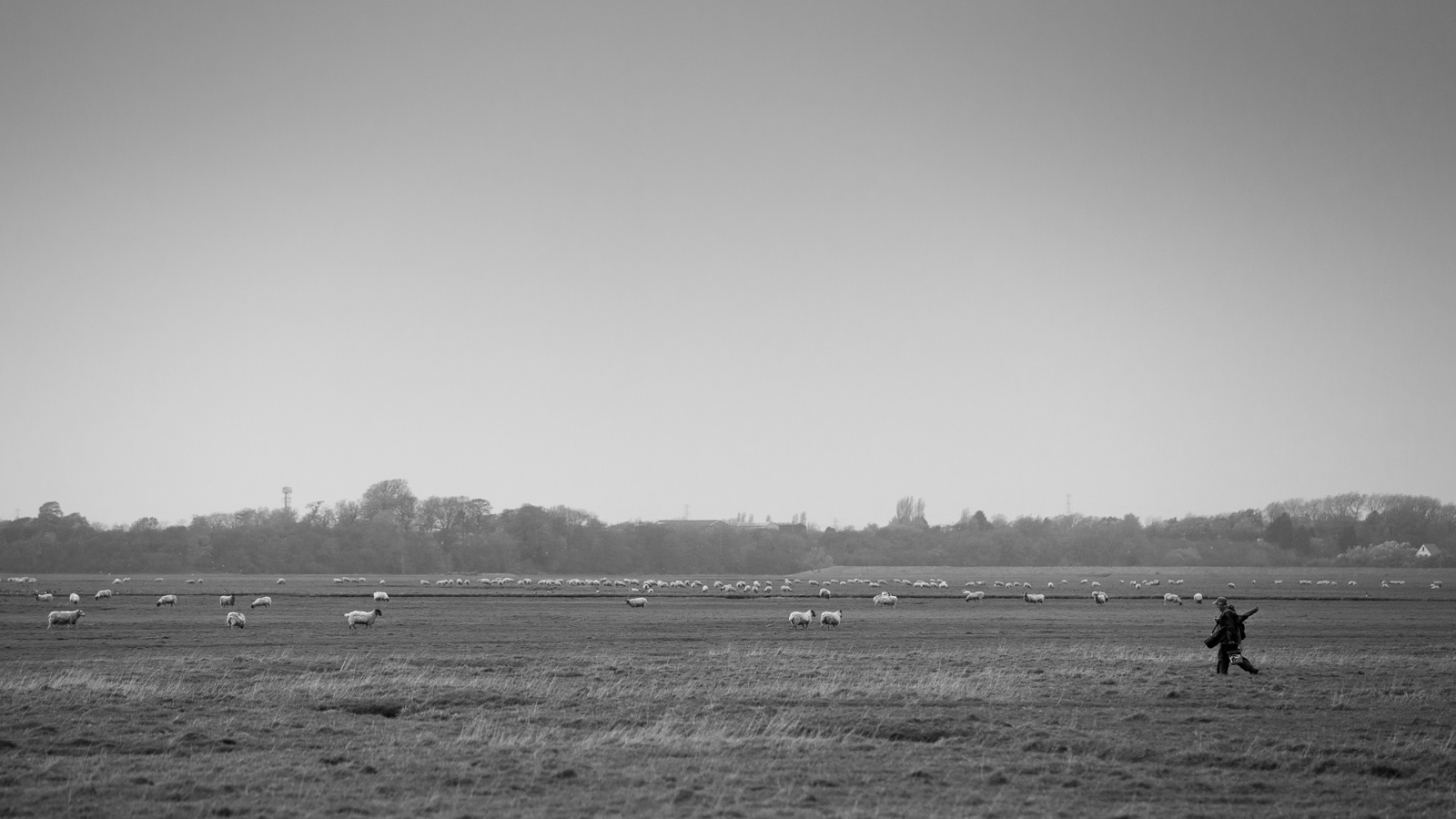 Once more I found a black and white conversion worked better for pictures of the marsh, and in this case a letterbox-crop seemed to suit the scene. I'm much more comfortable making landscape pictures which contain figures. It seems to give them a point of interest beyond looking pretty or atmospheric (which is something I rarely manage). It also feels more truthful to me than the majority of landscape photography that eliminates all signs of human intervention. Beaten by the failure of the sunset to materialise, and by my hopeless eye for a landscape picture, I packed up early.

Saturday was poultry show day. This being my fourth visit it was harder to see new pictures. This often happens with a subject. When it's a new experience you see things freshly. There are all sorts of opportunities to make pictures. At a second visit you work on things you realised you could have done. On a third visit things are becoming familiar but you still have refinements to make. After that it gets harder to avoid repeating yourself (although you can do that in an attempt to make a better picture of something you have shot previously). A few weeks back I put a set of  my poultry show pictures together in a Blurb book. They printed out better than I'd expected, particularly the shots taken with a compact camera.

Undeterred I set out for the poultry show armed with a fisheye lens to try something different. That didn't work! As per the last visit I stuck to the 50mm and 28mm lenses. I guess I could have used a zoom covering the same range and more, but I prefer the two lens approach for some reason. I knew before I got home that I hadn't taken as many photos as on previous visits, and that I wouldn't have as many decent or half decent shots. It turned out I got four good ones. Which isn't too bad for two hours shooting. One I think sums up the whole show. It has a chicken, eggs, and people. Even if the eggs and people are out (deliberately) of focus. 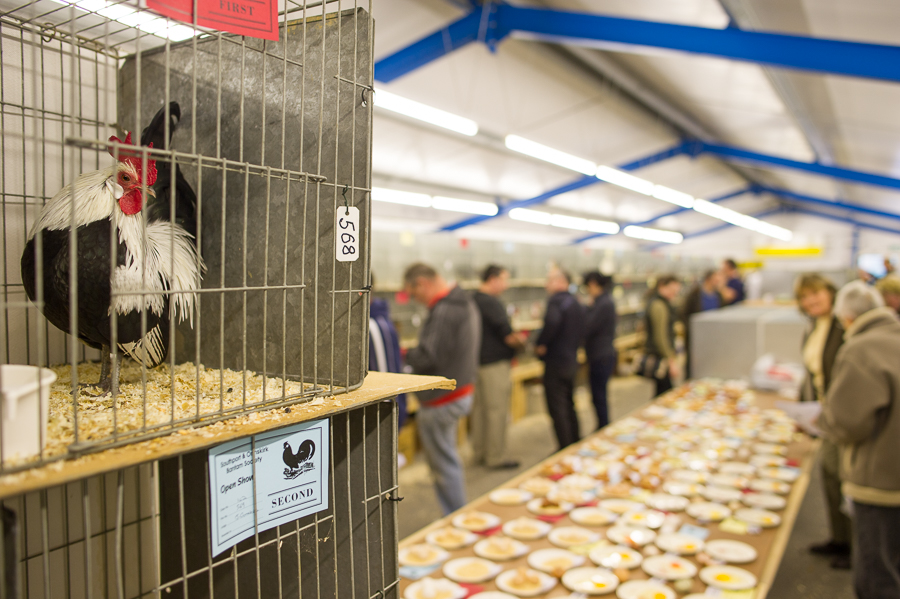 Although presenting the shot on its own makes it appear that all I did was frame and shoot, that's not the way it happened. My biggest photographic failing is a lack of patience. Probably the main reason I'm rubbish at landscapes... However, at the show I took my time waiting for the right frame to materialise. Three out of the four decent shots came about that way. The frame above was number four in a sequence. The first three were similar except the chicken was looking out of the frame to the left. As soon as it turned its head I knew that if the shot was sharp on the bird I'd have he picture. For once I got technical perfection in a good picture.

The show shed is a bit of a nightmare to work in owing to the lighting. It being lit by fluorescent tubes is bad enough ,but no matter what white balance I set it seems to alter depending whereabouts in the shed you go. Drove me nuts.

Sunshine on Sunday tempted me back to the marsh. This time with a plan. Turn right and check out the gutters. Unfortunately my plans went awry. The sunshine was great. The problem was that it was casting my shadow on the scenes I wanted to photograph. Still, it's a lesson learned.

Once over the floodbank I saw a shotgun cartridge and took a low, wide-angle shot (bad pun) of it. It wasn't up to much. Then I did something I never do. Picked the cartridge up with a view to placing it somewhere it would make a better picture. 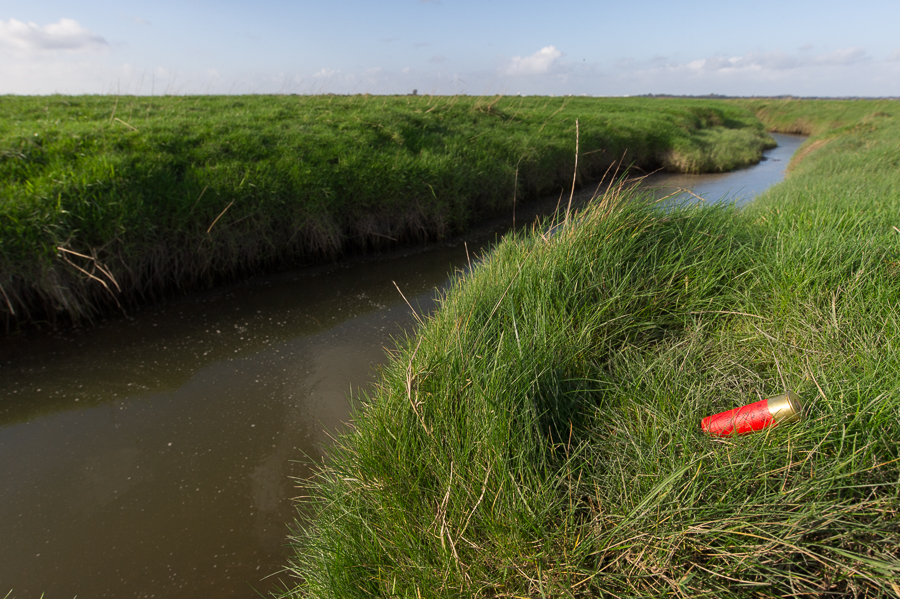 It's strange that it looks like it just as 'honest' a picture as if the cartridge had been found there. Doesn't feel right to me though.

I struggled on trying to make 'landscape' pictures. The old sweeping vista stuff. That was until I saw some foamy water flowing in a narrow gutter. Somehow that felt more evocative of the marsh. I made a few quick snaps. The light wasn't quite right (harsh shadow at the bottom), and I could have done with getting into a better position, but they might have given me the clue I need. get in close and concentrate on details rather than try to show everything. We'll see. 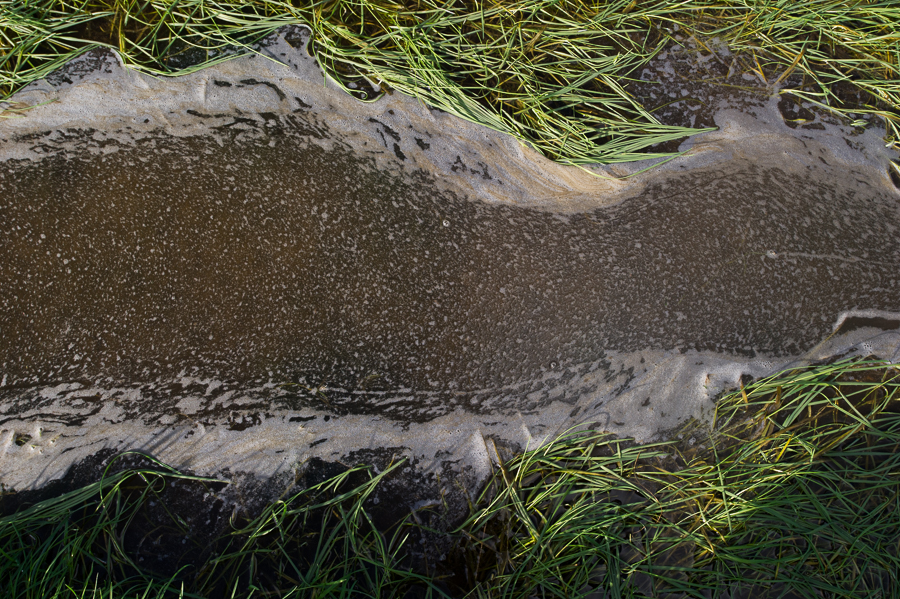 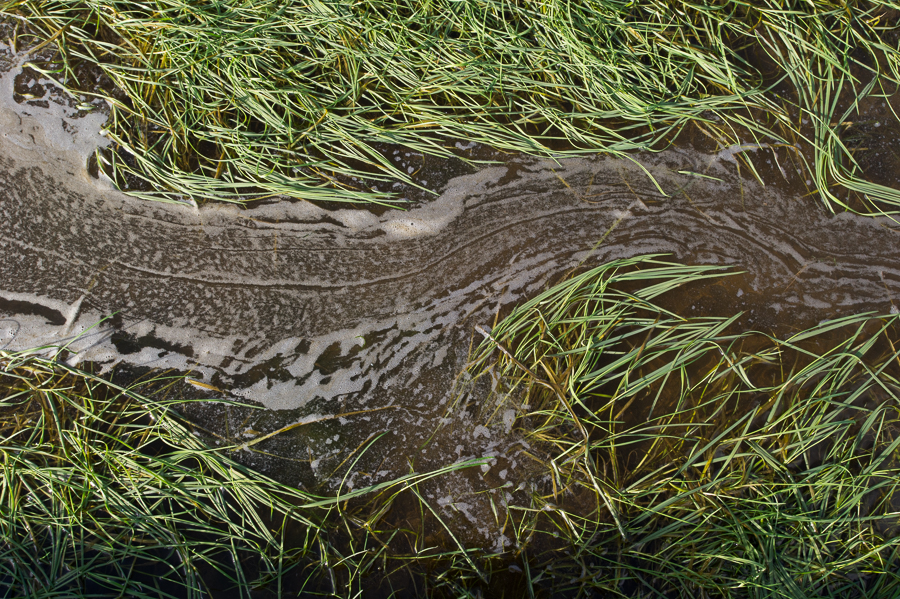 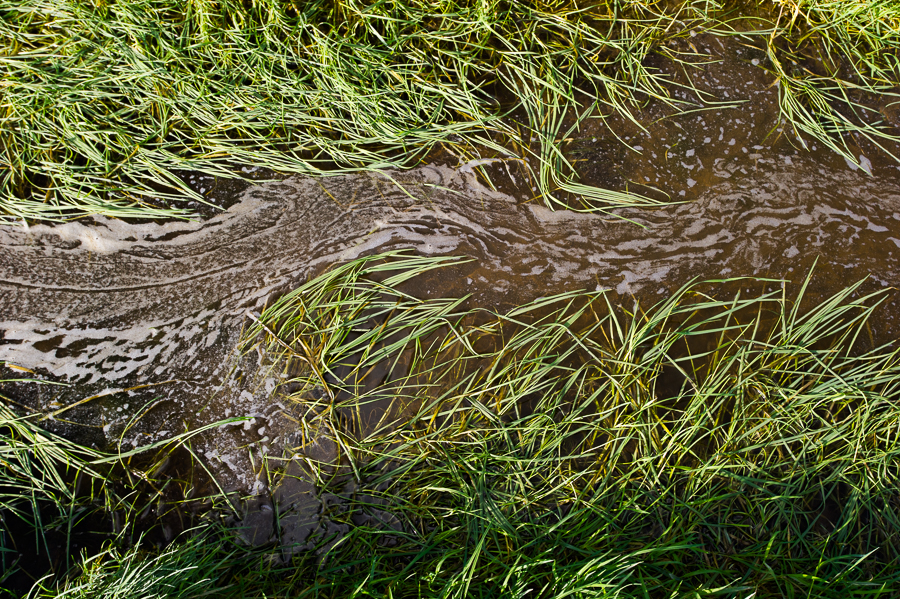 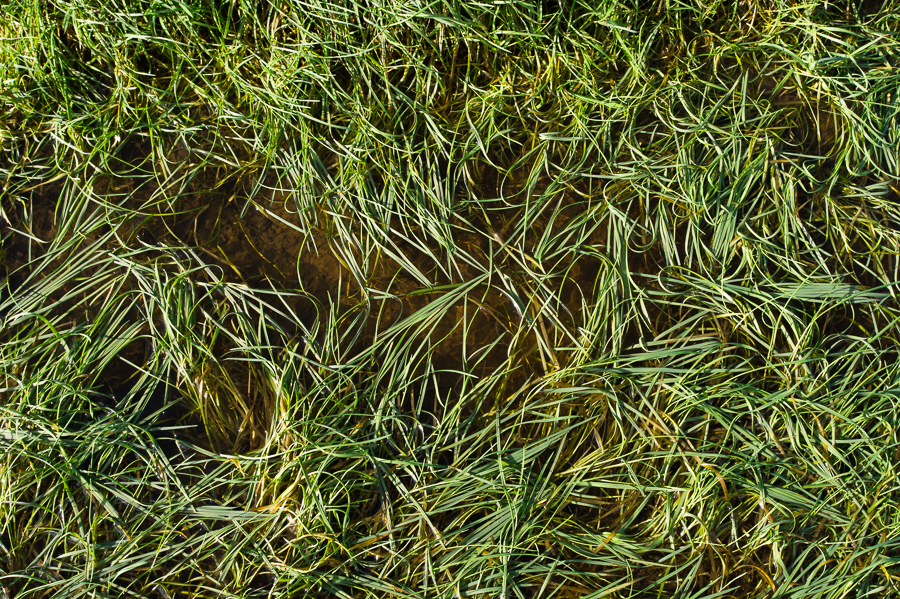